According to findings made public earlier this month, the Nuclear Regulatory Commission recently uncovered potentially significant flooding vulnerabilities at two Tennessee nuclear power plants and, after a thorough investigation, the agency aggressively sanctioned the errant operator for several safety violations -- although the facilities were permitted to continue operating.

An internal document quietly released this week by the agency, however, suggests that some NRC employees with extensive knowledge of the threat believe the agency is violating its own regulatory mission by allowing at least one reactor to stay online, given the potential for flooding that would likely hobble core cooling equipment and possibly trigger a meltdown.

The odds of this happening, of course, are small. But the NRC is reviewing a variety of risks at United States nuclear power plants in the aftermath of the 2011 meltdown at the Fukushima-Daiichi facility in Japan, which succumbed to a rare but devastating earthquake and subsequent tsunami. Among the risks being considered by the agency is the potential at several U.S. plants on inland waterways to suffer damage if upstream dams are breached or otherwise fail.

Concerns that the NRC was not acting swiftly or decisively enough on the upstream dam risk were raised late last year by two other engineers inside the agency. Steps are being taken to shore up flood defenses at several plants, but no facility has been shuttered by regulators as a result of the heightened scrutiny.

In a memo dated March 19 and posted to the NRC website on Monday, Carl F. Lyon and Patrick D. Milano, both members of the NRC's Office of Nuclear Reactor Regulation, argue that a rare but consequential rainfall is all that would be needed to disable cooling systems for a reactor at the Watts Bar nuclear station -- referred to as "WBN Unit 1" -- near Spring City, Tenn.

"Only the probable maximum precipitation event, without a concurrent earthquake or tsunami or any other accident," the two employees wrote, "is needed at WBN Unit 1 to produce a loss of all decay heat removal systems."

According to the memo, an internal NRC panel extensively reviewed the employees' concerns, but concluded earlier this year that there remained "reasonable assurance" of adequate safety at the Watts Bar facility.

"We do not agree," the two employees stated in the March 19 memo, adding: "The panel's report provides no justification for its conclusion."

Scott Burnell, an NRC spokesman, said Friday morning that the agency had devoted significant time to examining the concerns raised by Lyon and Milano, but added that, "the agency continues to conclude it is reasonable to allow Watts Bar to continue operating while the NRC takes appropriate and ongoing ... regulatory action regarding flooding scenarios" at the facility.

Asked via email whether NRC's recent actions had alleviated his concerns about the flood risk, Lyon simply responded: "No."

Earlier this month, the NRC censured the Tennessee Valley Authority, which operates the Watts Bar facility, for inadequately protecting that plant and the nearby Sequoyah nuclear generating facility -- both located on the Tennessee River about 60 miles and 20 miles north of Chattanooga, respectively -- from potentially catastrophic floods should upstream dams be overtopped or otherwise fail.

In sanctioning TVA, a federally owned electric utility, the NRC noted that the company had been using outdated and inaccurate calculations in estimating the maximum potential flood threat should upriver dams be breached. Updated metrics suggested that floodwaters at Watts Bar could reach levels as much as 4 feet higher than the plant was designed to endure, leaving crucial emergency cooling equipment inundated. At Sequoyah, the figure was 2-and-a-half feet.

TVA became aware of the faulty calculus in 2009, after which point the utility deployed what the NRC considers adequate "compensatory" measures to ensure that the plants could safely withstand such flooding, and both agency and utility are working together to permanently harden the facilities. TVA was sanctioned in part for failing to alert the NRC of the discrepancies until last year. 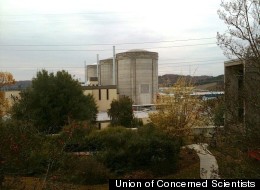 NRC insiders have also raised concerns about the flood risks at the Oconee nuclear generating station in South Carolina.

Mike Bradley, a TVA spokesman, was quoted in the Chattanooga Times Free Press last week as saying, "The safety of our day-to-day nuclear operations has not been brought into question. TVA takes its regulatory compliance seriously and has already responded to the extreme flooding issues identified by the Nuclear Regulatory Commission."

In an emailed statement, TVA spokeswoman Gail Elaine Rymer said the company was aware of the March 19 memo from Lyon and Milano. "Both the NRC and TVA encourage and respect the expression of differing views, and, importantly, both believe the Watts Bar plant remains safe to operate," Rymer said. "TVA and NRC will continue to cooperate to ensure any additional questions regarding this matter are properly resolved."

According to a chronology attached to their March 19 memo, which details what is known within the NRC as a "Differing Professional Opinion," or DPO, Lyon and Milano, along with another employee identified as L. Raghavan, began raising serious concerns about TVA's handling of the flood risk last spring, eventually taking their concerns directly to the NRC's chairman at the time, Gregory B. Jaczko.

Jaczko, who earned a reputation as both a contentious manager inside the NRC and as a dogged reformer impervious to aggressive nuclear industry lobbying at the agency, stepped down from the chairmanship last spring.

"I commend the staff who raised the issue with me just before I left the NRC," Jaczko said in an email message Friday morning. "It is unfortunate that the agency has not satisfied their concerns since then."

An internal panel set up to review the DPO concluded earlier this year that the NRC and TVA are adequately addressing the flood risk issue and that the plant remained safe. Lyon and Milano, however, continue to dispute that assertion, arguing in their memo that TVA itself has acknowledged that Watts Bar's flood mitigation equipment -- the last line of defense for removing heat from the reactor core in an emergency -- would be lost should, say, a historic rainfall overtop an upstream dam, or if that dam were to somehow fail.

"TVA has plans for, but has not installed, compensatory measures to restore the plant to compliance," the two employees wrote. "In fact, the licensee has not developed adequate procedures, has no adequate supporting analysis, has not adequately demonstrated the functionality, and has not completed installation of its compensatory measures."

Among TVA's proposed improvements, according to the memo, are the installation of modular flood barriers, including so-called Hesco bastions and sand baskets. TVA is also currently conducting an extensive "health check" of all 49 dams in its system.

As things stand, however, Lyon and Milano maintain that the reactor at Watts Bar remains clearly vulnerable to circumstances that are no less likely -- and perhaps even more so -- than those that overtook the Fukushima facility two years ago.

From the employees' memo:

TVA does not meet the assumptions made by the NRC staff for delaying to take immediate action following the Fukushima event. NRC inspectors and the licensee have verified that WBN Unit 1 is not, and was not, in compliance with the design basis for flooding. … The NRC staff has information available to it now that WBN Unit 1 is not in compliance with the design basis. Until TVA returns to compliance, the licensee and the NRC staff are obliged under the NRC rules and regulations to provide a justification for why WBN Unit 1 should be allowed to operate outside its design basis for flooding.

Reached Friday morning, Lyon said he and Milano had asked that all documents referenced in their chronology, including communications with NRC management and TVA, be made publicly available. Aside from their March 19 memo, however, none of that documentation has been released by the NRC. Lyon also said that the enforcement actions taken by federal regulators with regard to Watts Bar do not adequately address the risk.

"Neither the licensee nor the NRC staff has provided or documented any justification for the plant to continue to operate," he added, "without adequate compensatory actions in place [and] until permanent corrective actions are done."