Plutonium was first produced and separated during America's World War II nuclear weapons project. Its destructive power became apparent at the end of the war when, in one-millionth of a second, one kilogram of plutonium in the Nagasaki bomb fissioned and destroyed the city below.

Today, a number of countries -- including France and Japan -- are separating plutonium from the spent fuel of their reactors and building dangerous stockpiles of this weapon-usable nuclear material with no good economic purpose.

Japan, the only non-nuclear weapons state that separates plutonium today, has accumulated almost 50 metric tons. Last month, Japan shipped more than 700 pounds of mostly weapons-grade plutonium -- enough for about 50 nuclear bombs -- to a more secure location in the U.S. But Prime Minister Shinzo Abe has been simultaneously pushing through a law to guarantee funding for a new spent fuel "reprocessing" plant designed to separate hundreds of tons of plutonium for use in reactor fuel.

These plans and desires are troubling. As President Obama said during the 2012 Nuclear Security Summit, "We know that just the smallest amount of plutonium -- about the size of an apple -- could kill hundreds of thousands and spark a global crisis ... We simply can't go on accumulating huge amounts of the very material, like separated plutonium, that we're trying to keep away from terrorists." 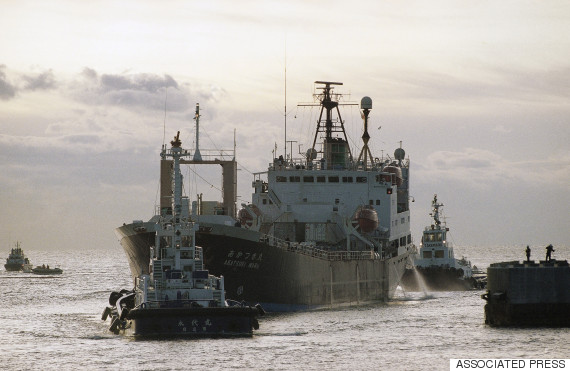 Nuclear scientists working on weapons in the U.S. during World War II had a vision that plutonium could have a peaceful use. They proposed a plutonium "breeder" reactor that would convert uranium-238 into chain-reacting plutonium whose fission could power civilization for millennia. During the 1960s, this vision infected the global nuclear energy establishment. Since the 1970s, industrialized countries have spent about $100 billion on attempts to commercialize breeder reactors. Fortunately, this effort failed. We now understand the increased dangers of nuclear terrorism and proliferation that would have resulted had plutonium, a nuclear weapons material, become a commodity like petroleum. Conventional reactors are fueled by low-enriched uranium that is not usable in weapons.

In the absence of breeders, however, France has been continuing to separate plutonium and using it to fuel some of its conventional reactors; Japan has been trying less successfully to do the same.

The plutonium-uranium "mixed oxide" fuel produced in this way costs 10 times more than the low-enriched uranium that is the primary fuel for conventional reactors. But France's government insists that Électricité de France continue to fund the bankrupt government-owned company AREVA to separate plutonium from EDF's spent fuel. Meanwhile, Japan's government is obliging its utilities to separate more plutonium as well. Globally, including failed plutonium programs in Russia and the United Kingdom, a surplus of more than 250 tons of plutonium -- enough for 30,000 Nagasaki-type nuclear weapons -- has been accumulated in civilian plutonium programs.

How can one explain the continuing interest in France, Russia, Japan, China and South Korea in separating plutonium? Institutional inertia is most of the answer in France and Russia but, in East Asia, the original use of plutonium -- nuclear weapons -- is also a factor. In South Korea, demands that the nation should have the right to be able to separate plutonium peak after North Korean nuclear tests. Security experts in Japan also increasingly justify its plutonium program as providing a latent nuclear deterrent against North Korea and China. China's nuclear energy establishment is still enthralled with breeder reactors, but some analysts worry that China could use the reprocessing plant it plans to buy from France to quickly build up its nuclear weapons stockpile to the same scale as those of Russia and the United States.

The plutonium plans of each of the three East Asian countries, reinforced by worst-case assumptions about the intentions of the others, are further destabilizing an increasingly unstable region. 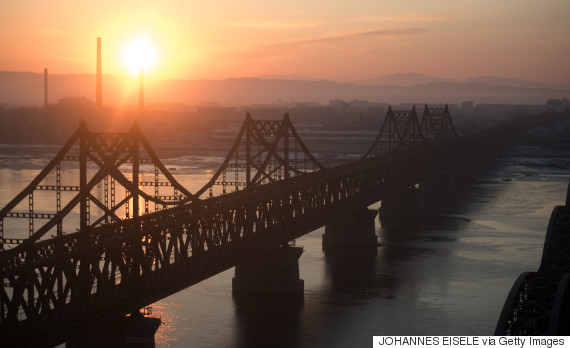 The sun rises over the bridge between China and North Korea on Feb. 10, soon after North Korea restarted a plutonium reactor. (JOHANNES EISELE/AFP/Getty Images)

The United States cannot dictate to any of these countries. But it has a lot of leverage by virtue of being South Korea and Japan's most important military ally and its agreements on peaceful nuclear cooperation with both.

The Agreement for Cooperation Between the Government of Japan and the Government of the United States of America Concerning Civil Uses of Atomic Energy can continue indefinitely, but either country can terminate it starting in 2018. On March 17, in testimony before the Senate Foreign Relations Committee, Assistant Secretary of State Thomas Countryman indicated that the U.S. was planning on using this leverage to force a discussion of Japan's plutonium program. At the very least, the U.S. should demand that Japan focus on disposing of its already separated plutonium before separating more. After all, Japan's Toyota invented the "Just-in-Time" system for minimizing inventories.

In the recently completed negotiations over the renewal of the U.S.-Republic of Korea Agreement for Peaceful Nuclear Cooperation, the two countries kicked the issue of South Korea's demand for the right to reprocess spent fuel down the road by launching a joint 10-year study of the "feasibility" of South Korea's proposed program.

If the U.S. cannot convince France to hold off selling a reprocessing plant to China, it should at least insist that, as a part of the deal, both countries commit to "just-in-time" plutonium separation -- that is, no stockpiling.

The ultimate goal, however, should be to end the costly, dangerous, pointless industry of plutonium separation. The U.S. has pursued that goal since 1974, when India used plutonium from its nominally civilian breeder reactor development program to launch a nuclear weapons program. Since that time, Belgium, Germany, Switzerland and other countries have abandoned their reprocessing programs and the United Kingdom has decided to do so as well.

The U.S. must continue to press the holdouts.

The Red Button: Inside A Nuclear Sub

New Zealand Moves To Ban Anyone Born After 2004 From Cigarettes. For Life.