Nude. Art. Tours. At first, the trend of ogling masterpieces in the buff seems like a cleverly planned gimmick -- a promotional ploy aimed at upping the ante of arts coverage across the internet.

But when you speak to artist Stuart Ringholt, someone who's currently hosting nude art tours at Australia's National Gallery of Art in Canberra, the concept of skyclad art viewing makes a bit more sense.

The National Gallery recently joined the surprisingly long list of museums who've begun catering to the nudist and naturist communities. The Leopold Museum in Austria has hosted nude art tours. So has the El Segundo Museum of Art in California.

So it shouldn't be all too shocking that, in conjunction with its exhibition, "James Turrell: a retrospective," the NGA recruited Melbourne-based Ringholt to host three 50-person nude tours of the show next month -- all of which sold out in one day.

Ringholt is no stranger to the naked art viewing practice. As he explained in an email interview with HuffPost, he's led several nude art tours around Australia. Turrell is an American artist, known for works that manipulate light and space as his preferred media, and, according to Ringholt, creates work that's better viewed without clothing. 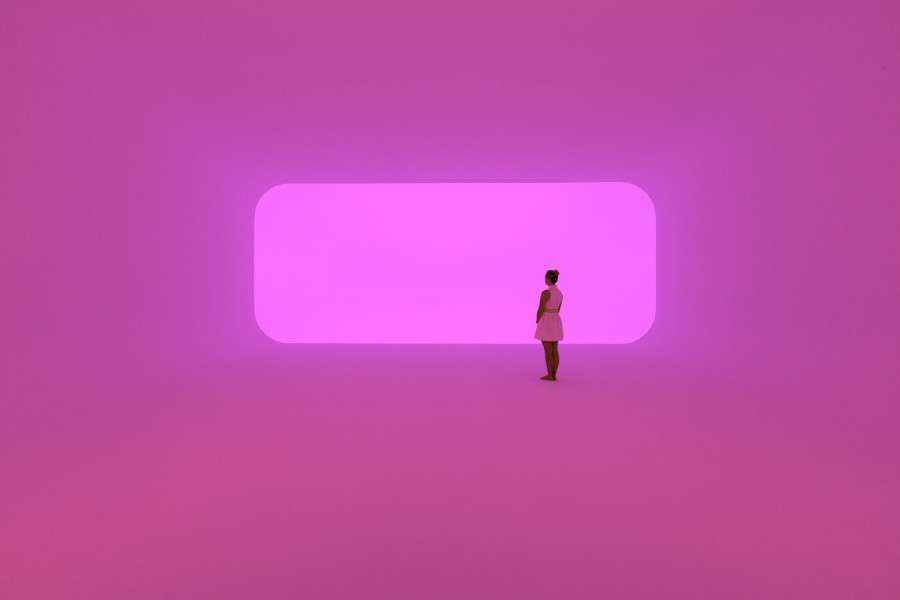 In a brief chat with Ringholt we asked about the intricacies of nude art tours. Below is a primer on what's it like to drink in fine art, sans any clothing that might get in the way.

What prompted the nude tours of Turrell in particular?

The NGA approached me as I have been running nude tours of exhibitions in Australia.

In your opinion, what does nudity add to a viewing of Turrell?

The term "skyclad" is used within naturist and nudist communities as a term for being without clothes. Turrell is interested in light, perception, spatial experience, the sun and moon and all things celestial. He is well known for his sky spaces which bring the sky closer to and upon the viewer. He has commented we are “light eaters” and “the skin drinks in light in the form of vitamin D”. His work is minimal and reductive. The nude audience is reductive. It seems an appropriate pairing but it is an experiment.

To my knowledge a nude audience hasn’t been fully tested on Turrell. I am looking forward to the experience of his Ganzfeld room "Virtuality Squared" and viewing the audience under the affects of the changing light conditions. I anticipate the audience will morph from resembling a marble sculpture to a character from a science fiction film and so on. 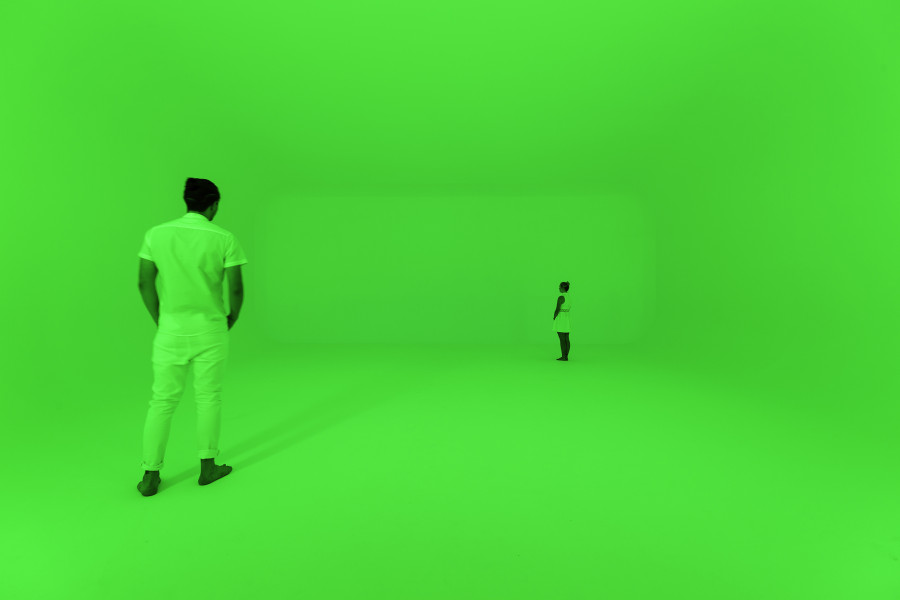 You’ve led nude tours elsewhere before. What is it about nakedness in the presence of art that changes the way we experience it?

There exists a long history of the nude in art and this expands that history. A reversal has occurred. No longer do we look at depictions of the nude in say painting, but [we] look at ourselves. What’s more, art museum architecture is reductive. Superfluous decoration has been removed (think: white cube) to give artwork the necessary freedom to be viewed without distraction. Why have we not reduced the viewer also? Why do we not consider the clothed audience as noise? We need to consider the reductive approach again and reduce the audience. Nudity is a solution.

Geometric Abstraction and minimal art view well naked. We have a very different experience to colour. Naked, our whole body experiences colour. We no longer just look at it but now have the capacity to feel it also. We can let it wash over us, feel its vibration. Clothing carries colour and influences this relationship with minimal art in a negative way. Leaving clothes at the door reduces the quantity of synthetic material in the gallery. The art is the only entity that carries the reds, blues and greens.

The nude audience unlocks dormant narratives and meaning within art. Without the nude audience it remains hidden. Viewing a recent wall painting by Robert Owen in Sydney your complete body had an experience of changing colour as it walked the long painting. Your foot experienced moving from red to blue and what does this mean for ones foot? If it was wearing a shoe the question would not arise. As your chest aligned with the cross formation formed by four blocks of colour what is ones response? 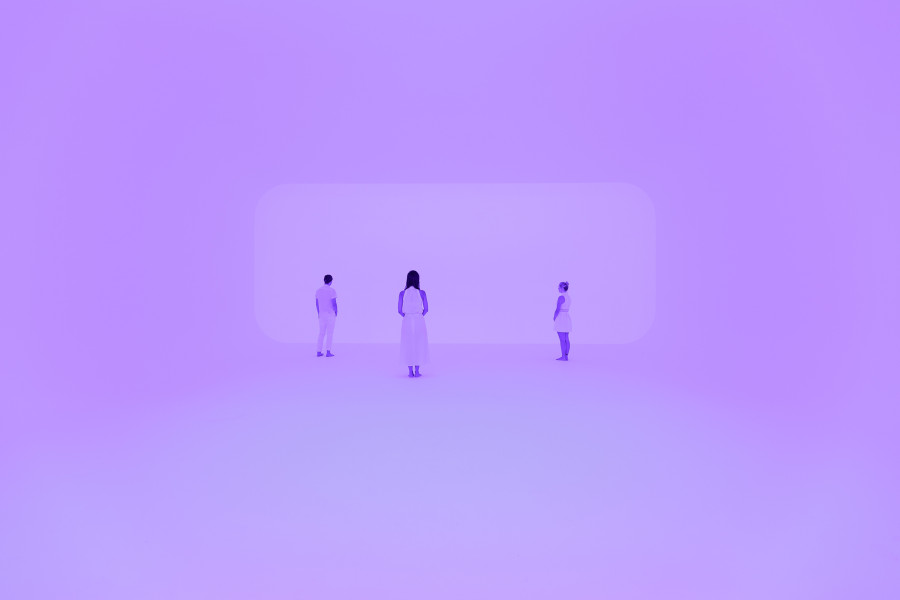 The museum tells me that the three tours have sold out. Why do you think the events are so popular?

I talk as much about us as spectators looking at art as I do the art. Nudity frees the spirit. It promotes positive body image and is an opportunity to accept one's body, not despise it. It is educational. Education through feeling. We consider the notion we are less sexualized with our clothes off than on. Clothing engages the imagination and sparks the lust drive. Without the material registers of clothing the nude body desexualizes. Being nude is fun and promotes happiness. Whenever we are nude, whether it is taking a bath, skinny dipping in the ocean or making love we are generally at our happiest.

It is against the law in Australia to be naked in public and there are few opportunities to partake in cultural experiences naked. These events say to marginalized naturist groups, we accept you and we want you at our gallery. A major motivation for doing the first nude tours of an art gallery was to allow this artist to celebrate the success of another. Artists are very competitive and researching other artists with the goal of talking on them is welcome respite.

If you could lead a nude tour of any famous collection of artwork (be it a real collection or a series of artworks by one artist) what would it be?

The Natural History Museum in New York. I’d also love to do a talk on jewellery at the Met with the opportunity for participants to wear it. A "take it off, put it on" experience. In regards to art per se, a show of Geometric Abstractionist painting with Rothko, Newman, Reinhardt, etc. Rothko had strong views surrounding the reception of his work including it shouldn’t be shown in public and is best viewed in the dark. 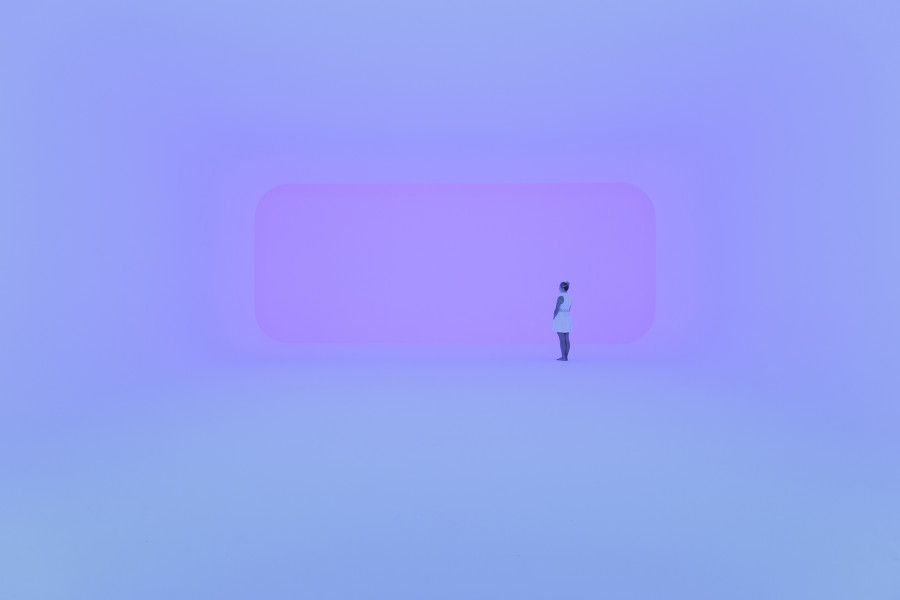