Over the past 24 hours, the internet has collectively spent way too much time debating which celebrities were the best and worst dressed at Monday’s 2017 Met Gala.

While stars like Gigi Hadid and Kylie Jenner got flak for their not-so-Comme des Garçons-inspired looks, no one was more underdressed for the occasion than Russian performance artist Fyodor Pavlov-Andreevich, who showed up nude inside a glass box.

Around 8:30 p.m. ET, Pavlov-Andreevich (in box) was dragged out of the trunk of a car and placed on the floor of the highly exclusive affair, his six-foot-two frame obscured only by the condensation clouding up box’s glass panels. Immediately, Met Gala partygoers were confused, uncomfortable and a little giggly.

It was not long before police showed up and requested Pavlov-Andreevich leave his box. When the artist refused, firefighters cut him free from his enclosure and promptly arrested him on charges of public lewdness, obstructing governmental administration, criminal trespassing and disorderly conduct, according to NBC New York.

There is a naked guy in a transparent box at #metgala. Coppers flyIng above and a fire truck

In a Facebook post from the artist’s account, his friends kept interested parties updated with Pavlov-Andreevich’s whereabouts, eventually alerting followers that he was released from custody and scheduled for a court hearing on June 5. The box, the post added, was “arrested,” as well.

Pavlov-Andreevich has pulled stunts like this before ― at least four times before, to be precise. Showing up places naked in a box is an ongoing guerrilla performance piece the artist has dubbed “Foundling.” And yes, he is represented by a gallery.

Previous sites of “Foundling” happenings include the Venice Biennale, the Garage Museum of Contemporary Art in Moscow, Christie’s Vanity Fair party in London and the São Paulo Biennale. So rest assured, this artist gets around. Accounts of all four prior performances are documented in full on his website.

See the whole thing go down in this video below, shared on Pavlov-Andreevich’s Facebook. 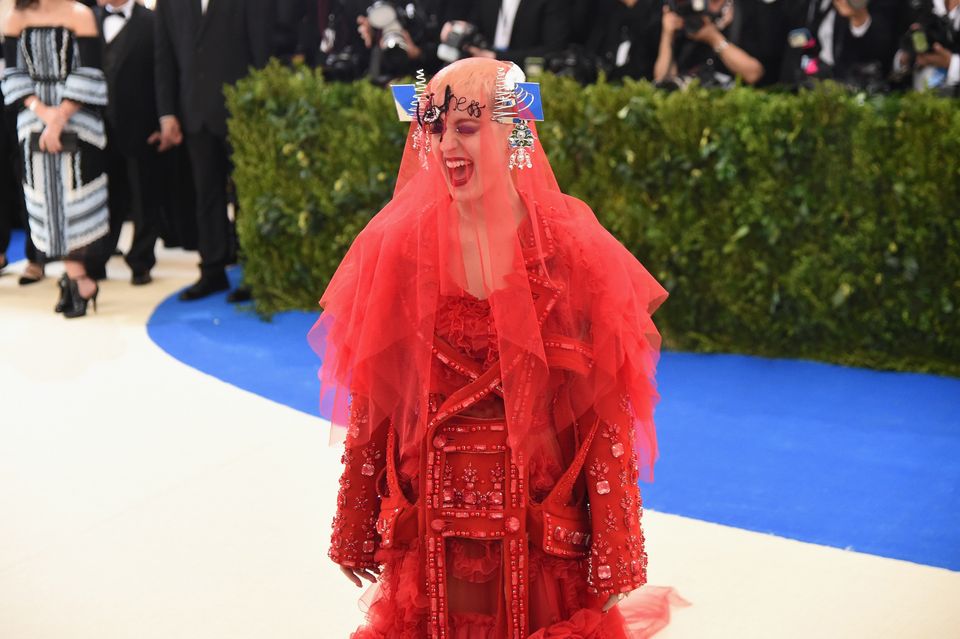