I posted nudes of myself taken 20 years ago for my Huffington Post article "Am I Really Fat?" which drew an ego-boosting amount of attention. I think the reason the article was popular (okay, it was the naked pictures, but there was also ...) the idea that we should appreciate our bodies at each stage of our lives. That we never know how lovely we are until years, even decades later.

Then I had the bright idea to take a second set of nudes. Yes, yes! Twenty years, two kids and twenty pounds later. That's a great idea. I'll juxtapose the images so that everyone can see what time, the sun, pregnancy and chocolate have done!

But secretly I thought the nudes would look good. I'd find the right photographer, he'd use excellent lighting, perhaps a fan or two, and off we'd go. The photos would come back and all the muscle from my Pop Physique classes would emerge from beneath my layer of subcutnaeous ... how shall I put it? ... fat.

The conversation with my husband:

Henry: And I'm going to say something to you that no husband would ever say to his wife in these circumstances.

Me: You're afraid they'll be so beautiful that Hef will call and lure me into the Bunny Lagoon?

Me: You're afraid the sight of my naked body will be too much for the photographer to bear and he'll throw himself at my feet begging me to be his muse?

Henry: No. If you're going to do this at 46, just for Godsakes go to a professional.

Henry: Do you really want to know?

So I perused the web, searching for just the right person. I was thorough. Investigative. Exhaustive.

Initially I thought I'd like a woman, but the women I found shot close-ups of lips sucking lollipops and gave her photos titles like "Boudoir Rouge." I needed fine art. Documentary-style shooting. I needed to legitimize flashing the lady bits. The photographer I found turned out to be a man. We'll call him ... Ansel (or maybe Rob).

My mom and I driving to Pasadena so I can get naked in front of a stranger who isn't checking my breasts for cysts. (My mother always seems to end up accompanying me to potentially life-threatening situations.)

We park in front of a beautifully refurbished 1929 Craftsman home. The lights are out inside. It's dark. Too dark. Either we're at the wrong address, or Ansel is storing the remains of his last photographic subject's body parts in a Sub-Zero Freezer in his antiseptic basement.

We ring the bell. After a beat, Ansel appears. He seems ... benign. Those are the ones you really need to watch out for. Did you see Robin Williams in "One Hour Photo"? Terrifying.

Ansel's house is immaculate. The varnished quarter-sawn oak floors and ceiling beams are varnished to a high luster. His striking nature photos are matted, framed and perfectly placed on his walls. The towels in his lavender-scented bathroom, where I change into a robe, are hung meticulously. I become further convinced my mother and I will end up vivisected and buried under his native desert-succulents landscaping.

I try to recreate the exact look I had in the photos from 20 years ago. I wet down my hair, I wear no make-up, I do a few "We must, we must, we must increase our bust!" exercises that "Are you there God? It's me, Margaret" taught me. I'm ready.

Ansel and I leave my mother in his kitchen reading "Confessions of the Son of Sam." I follow him into his photographic lair in the garage.

What happens there is blood-chilling. A 46-year old woman takes off her robe and walks around naked. And the photographer, who is kind, lovely and in NO WAY DANGEROUS tries not to flinch. Posing nude at 46 is a lot easier than 20 years ago. I've given birth twice, had mammograms, sonograms, ultrasounds, eco-cardiograms, breast exams, gynecological exams, and I'm not even going to go into what happened at the gastroenterologist's. Let's just say that whatever shyness or modesty I ever had is long gone.

Ansel methodically goes through all of the photographs from 20 years ago and has me recreate each pose. This should be my first tip that things are going to go tragically wrong.

I was squatting and bending over in a lot of those old photographs. When you have two children in your late 30s, you don't bend over or squat anymore. I carry one of those grabber thingys (aka the long claw pick-up tool) with me at all times. I drop my purse, the grabber picks it up. I need to tie a shoelace, I do it with the grabber. I drop the grabber, I buy a new one. No bending over or squatting, people! Except under cover of night after tequila shots.

I keep asking if I can look into Ansel's viewfinder to see how the shots are looking. He demurs, telling me that it will only make me self-conscious. Hello Lady, red flag, red f#@king flag!

An hour later -- my muscles spasming from attempting to get into poses I'd struck spontaneously all those years before -- we are done.

Ansel seems confident he's captured what I want. Something on a par with Dove's Campaign For Real Beauty. No make-up, no retouching, no nothing. Real, but pleasing. Ansel asks if my mom and I want to see the photos once he's downloaded them into his computer. Of course we do!

Now I'm going to see just how hot I still am! Twenty years have done their worst and I'm still smokin'!

"Coming, Ansel! Be right there!" I chirp after he calls.

I see on the bright computer screen before me what appears to be the craven image of a 60-year old, cornfed woman who might've been an extra in "The Night Of The Living Dead."

Who is that fat, dimpled, wrinkley, broad-flanked person? That isn't me? That can't be me??!!

As Marlon Brando said in "Apocalypse Now," "The horror. The horror."

It takes three days to recuperate. I mentally flail back and forth between calling those damn boudoir women and getting some decent freaking lighting, make-up and hair. Some flattering angles! (I even break down and take photos of my desnuded self with my iPhone in my bathroom and think I look about A THOUSAND TIMES better than I do in the photos I PAID to have taken!)

But despite my disappointment I think perhaps I should go ahead and post the new, unflattering photos. That I should walk the walk and learn to love the body I'm in now.

I'm in mourning for that effortlessly thin, fresh-skinned, bright-eyed young woman of yore. But I want to let her go and embrace my current incarnation.

My mom says I should stop thinking so much about myself. (Does she understand the concept of blogging?) She's right. And my friends think the photos are lovely. That Ansel (Rob) has done a fantastic job.

They are either lying or I, like a lot of women, have a case of body dysmorphic disorder. So I will post two photos here, one after the other, in the hopes that my journey will inform and perhaps brighten someone else's journey to accept the indignities of this mortal coil. 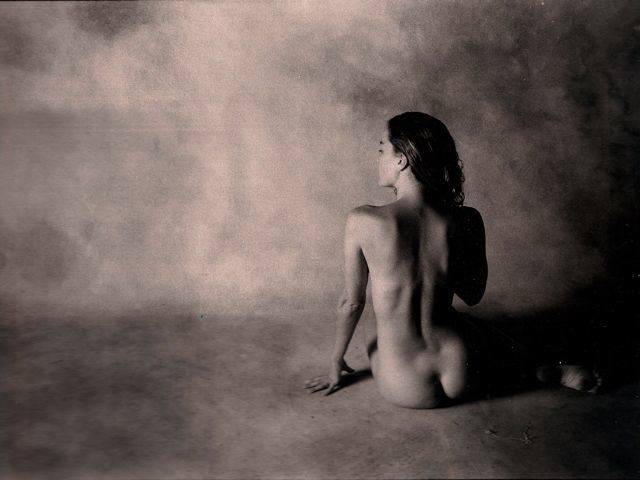 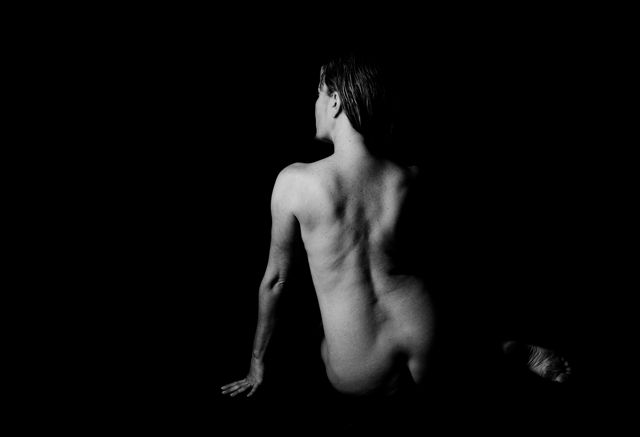