One of the most popular columns I ever wrote was 10 Workplace Rights You Think You Have -- But Don't. In it, I identify ten work-related rights that most Americans think they have, but don't. The number one on the list, the number one thing people ask me about as an employment lawyer, is wrongful termination. 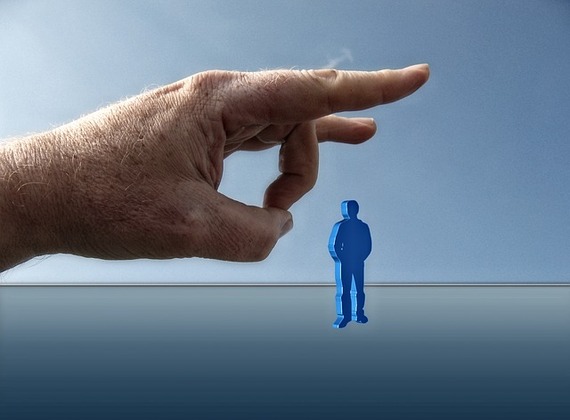 Most American workers think employers must have a reason to fire you. Surely your employer can't just be arbitrary and unfair. Surely they can't just wake up in a bad mood and fire you because they didn't like your shirt. And there's the rub. Because, in every state but Montana, your employer can fire you for any reason or no reason at all. In most states, they don't even have to give a reason.

But that's not right, you say. There's a law against wrongful termination. There must be. Well, there should be, but there isn't. What we have instead, in 49 states, is at-will employment. At-will employment is the nasty doctrine that says employers can fire at-will, for any reason, including bad mood, nepotism, being arbitrary, to bully or just out of plain jerkiness.

Oh, sure, most states recognize some exceptions to the at-will doctrine (my home state of Florida recognizes zero exceptions, so shame on us). Most states hold that a termination against public policy, such as being fired for refusing to violate a law, reporting a legal violation, doing something in the public interest like jury duty, or exercising a legal right like making a worker's compensation claim, is unlawful. Another exception a majority of states recognize is an implied contract, which sometimes allows a court to find that a handbook or employer policy is a legal contract. A few states hold that employers owe employees an implied covenant of good faith and fair dealing, but most let employers be as jerky as they want to be.

Other protections employees have in the 49 at-will states are contracts, whether individual or union, saying they can only be fired for cause; discrimination laws; whistleblower laws; the Family and Medical Leave Act; and state and federal employment laws.

But my point is this: if a majority of Americans think employers should have good cause to fire you, why isn't there a law? Why haven't legislators who are supposed to represent workers' interests passed the number one legal protection American working people think they have? Legislatures could pass a law like Montana's Wrongful Discharge From Employment Act of 1987, which lets employees terminated without good cause sue for up to 4 years of lost wages. Let's assume they won't, since no state has acted to protect workers since Montana passed this law almost thirty years ago. What else could we do to stop the travesty that is at-will employment?

Unemployment is essentially an insurance policy that employers pay for each employee as part of their payroll. That means every single American employee should be protected. By denying these benefits, we end up forcing the unemployed onto food stamps, welfare, Medicaid, and other taxpayer-supported benefits. Who pays? Taxpayers do. And small business owners like me also end up paying for these arbitrary employers by having higher unemployment compensation tax rates.

Here are some things we could demand, as voters, to change the unemployment compensation system:

So, dear readers, tell me. Why won't these solutions work? Why shouldn't we impose as much burden on employers who terminate without just cause as we impose on employees who are fired for misconduct?

If you like any of my solutions, tell your state legislators and members of Congress. If you think I'm wrong, gripe away. I'd love to hear from you.

I don't know about you, but as a small business owner and a citizen I'm sick of my tax dollars supporting employers who have huge turnover due to at-will employment. It's time to make employers pay if they don't treat employees with a reasonable level of fairness.