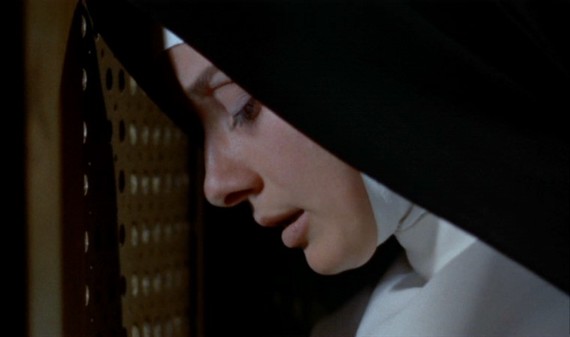 In 1986, David Snowdon began a study of nuns in Mankato, Minnesota. He was interested in what causes the brain to deteriorate with age in some people while others remain intact. His choice of nuns as subjects has provided a unique source of data that continues to churn out fascinating findings.

The Nun Study quickly grew to include 678 sisters, scattered across the U.S. All were American Roman Catholic sisters and members of the School Sisters of Notre Dame, an international religious congregation that began more than 150 years ago in Bavaria, Germany. Their age ranged from 75 to 103 when the study began. Their health also covered a broad spectrum. Some 90-year-olds were highly functional and some in their 70s were already severely disabled.

Nuns might not seem a representative population from which to extrapolate. They do not smoke, drink little if any alcohol, share the same gender, marital status and reproductive history, live in similar housing, work at similar jobs and have similar access to health care. This however, makes them ideal. Their remarkable similarity eliminates the confounding variables that plague most human studies.

The nuns had another quality that made them the envy of any investigator, comprehensive records. Convent archives provided risk factor data spanning nearly the entire lifespan of the sisters. This includes birth certificates, socioeconomic status of the family, medical histories, education records and a wealth of social and occupational information.

All 678 participants agreed to annual assessments of cognitive and physical function, medical exams, blood work for genetic and nutritional studies and brain donation at death for neuropathologic study. In fact the Nun Study represents the largest brain donor population in the world.

An unusual piece of data mined from the convent archives has proven to be a powerful predictor of how we will age. Before taking their vows, the nuns had been required to write an autobiographical statement. Linguistic ability, both oral and written, is an accepted indicator of cognitive ability. Research suggests that a high level of linguistic function in early life may act as a buffer against cognitive decline.

This idea stems from a threshold model of dementia. One becomes demented only if a cognitive reserve capacity falls below a specific threshold of functioning brain tissue. In other words, a neurocognitive reserve developed in early life can protect the elderly individual from dementia.

Linguistic ability can be assessed by analyzing the form and content of language samples. Snowdon wondered if the sisters' autobiographies, written at an average age of 22, might predict their risk for dementia and Alzheimer's Disease. He chose to study two indicators of linguistic ability thought to be sensitive to the progression of dementia, idea density and grammatical complexity.

Idea density is measured by counting the average number of ideas expressed per 10 words of written language. Grammatical complexity is rated with a research instrument that classifies sentences according to 8 levels of complexity.

Approximately 58 years after these autobiographies had been written, Snowdon assessed the cognitive function of 93 nuns (aged 75 to 95 years) and the autopsy results of 14 nuns who had died (aged 79 to 96 years). He found that both low idea density and low grammatical complexity were associated with low cognitive test scores more than half a century later.

However low idea density had significantly stronger and more consistent correlation with impaired cognitive function. In addition, among the 14 sisters who died, autopsy confirmed Alzheimer's disease in all those with low density autobiographies and in none of those with high density writing samples.

This research suggests that the autobiography of our youth holds unimagined prophetic power. The brain may be unique amongst organs in providing evidence of disease in normal function, more than 50 years before it produces symptoms.

Want a peak into your future? Dig out some old college papers, if you can remember where they are.