On Sunday, three nuns from Nyack, N.Y., walked into Hi Tor Animal Care Center with one intention: to adopt a dog that no one else wanted.

When the women met Remy, a 9-year-old pit bull who'd been at the shelter in Pomona, N.Y., since October, they knew she was the animal for them.

"I wanted to bring a dog home that might get euthanized if we didn't take her," Sister Veronica Mendez told News 12. "And when I noticed the sign said '9 years,' I said, 'Virginia, we want this one, because nobody else is going to want her.'" 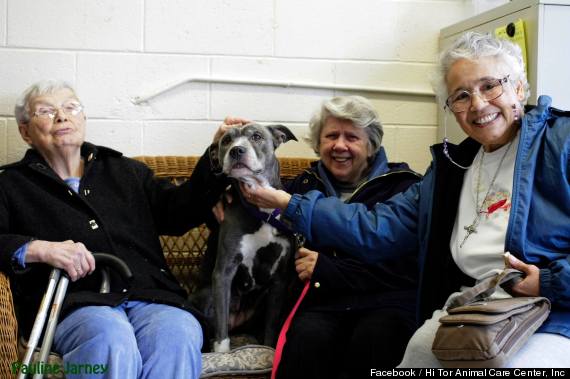 West Artope, executive director at Hi Tor, told The Huffington Post that he was surprised that the nuns -- all over 70 years old -- weren't deterred by the thought of owning a pit bull.

"Most people have a pretty bad understanding of pits," Artope told HuffPost. "But Remy was sensitive to the sisters, especially to Sister Virginia, who walks with a cane. She kept up with her and was so attentive." 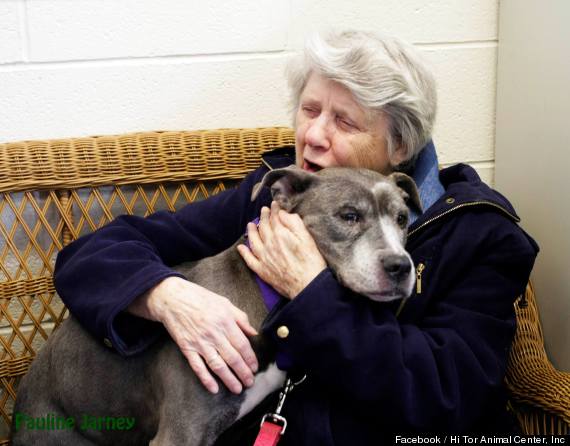 Remy now lives with the nuns at Sisters of Our Lady of Christian Doctrine. Artope told HuffPost that the sisters didn't have to pay for the adoption -- Pauline Jarney, a Hi Tor volunteer, and Roberta Bangs, a Hi Tor board member, were so moved by the nuns' actions that they covered the bill.

CORRECTION: A previous version of this article incorrectly stated that the nuns were from Pomona, N.Y. They are from Nyack, N.Y.

Nuns Adopt A 9-Year-Old Pit Bull 'Because Nobody Else Is Going To Want Her'
Hurricane Sandy Animals Rescues
1 / 10
A dog named Shaggy is handed from a National Guard truck to National Guard personnel after the dog and his owner left a flooded building in Hoboken, N.J., Wednesday, Oct. 31, 2012, in the wake of Hurricane Sandy. Some residents and pets are being plucked from their homes by large trucks as parts of the city are still covered in standing water.
Craig Ruttle, AP