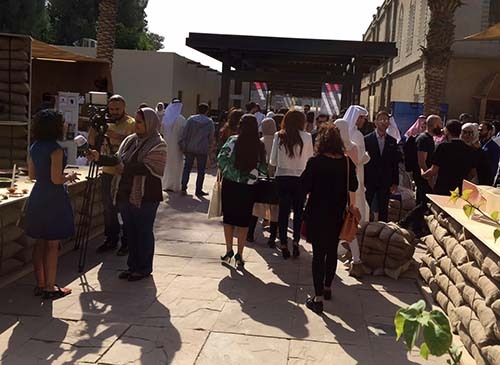 This year's three-day conference entitled "The Seventh Sense: Powering the Creative Economy," delved into the capacity of the brain to come up with new ideas through discussions on finding alternatives to oil-driven economies. 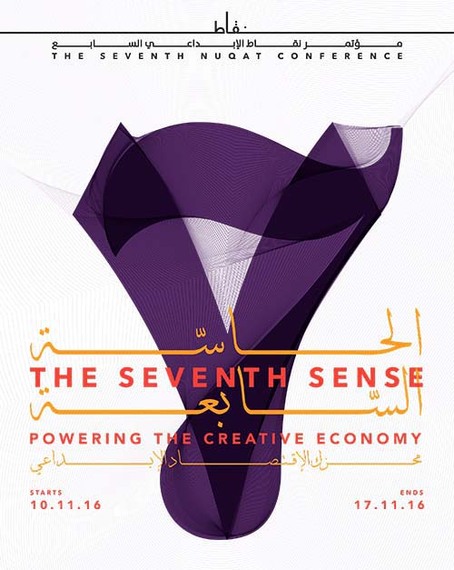 Creativity is the art of thinking that requires acceptance of one's self, of reality, of different thoughts, of ideas, of religions, and of others, Al Humaidhi noted. 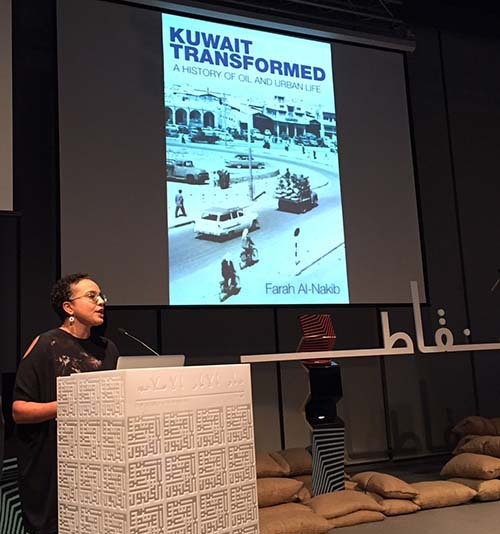 Al Naqib, an assistant professor of history and director of the Center for Gulf Studies at the American University of Kuwait, advocated a return to the city by restoring and sustaining creativity, and allowing for diversity and engagement.

"Modernist planning led to urbanization, more cars, and less focus on pedestrian spaces," she said, adding that oil wealth had affected the arts and culture, and had led to a decline in those disciplines. 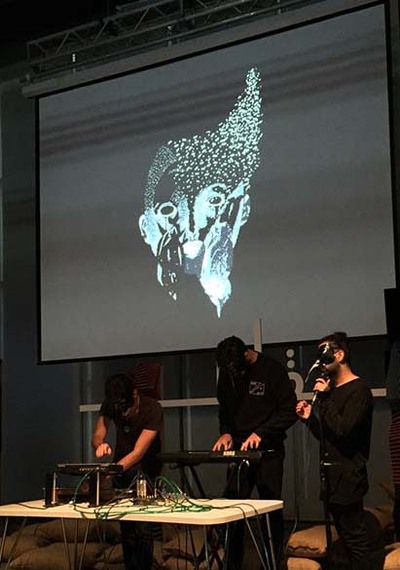 From further afield and in a different vein, engineer Majdi Ghorbel spoke on how he founded Vakay, a trailblazing Tunisian eyewear company.

His creative juices led to the production of premium brand wooden sunglasses - available internationally - in his own workshop in Tunisia with the help of designers and a CPA but no business plan at the outset.

"A good team is better than a good idea," he said of his operation inspired by Tunisia's arts and heritage. "We had to build an ecosystem since no machines were readily available (to manufacture the frames)."

On another note, a heated panel discussion on copyrighting and censorship was aptly titled "Does passion need a license?"

Censorship in many Arab countries bans references to sex, religion and politics. Real literature, authors claim, is what rattles.

Sofana Dahlan, a Saudi lawyer and activist, who founded the accelerator and creativity incubator Tashkeil Global Company, said the problem isn't with censorship per se, but with the practice thereof.

Her start on the path to creativity began while handling entertainment cases and related contracts. 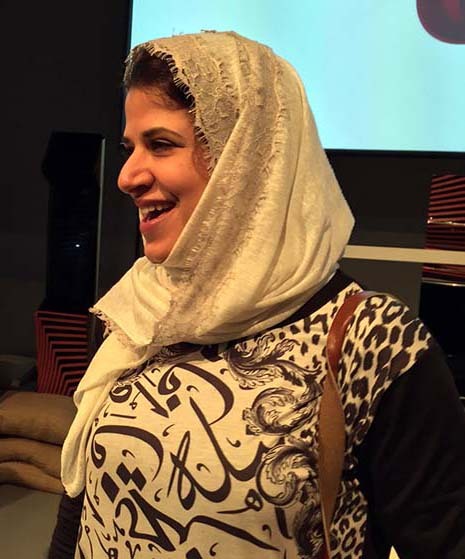 "We must have financial literacy to avoid conflict on fine print (in contracts)," she said while calling for the education of censors, and pointing to legislators who use laws dating back to the 1970s in some cases. "We must create awareness."

Bothayna Al Essa, a controversial Kuwaiti author and founder of "Takween" for creative writing, complained the goverment treats creative people as minors and slaps them with excessive censorship.

"How do we monitor the monitors?" she asked.

In another session, Kuwaiti author Saud Al Sanousi decried a government ban on his novel "My Mother Hissah's Mice," about the era of the Iraqi invasion of Kuwait in 1990. 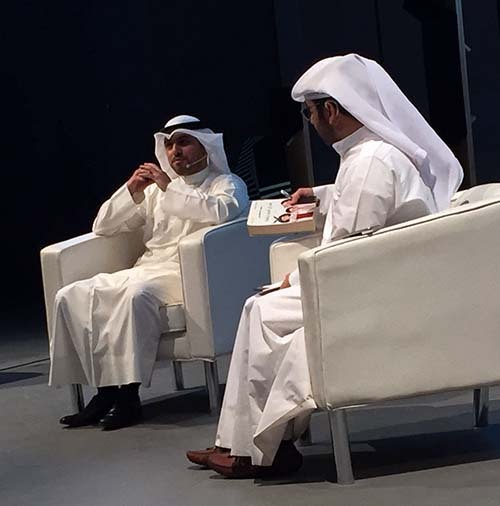 "I was stunned by the censorship and for which I got no official explanation," he said. Ironically, the book is sold in other Arab capitals. 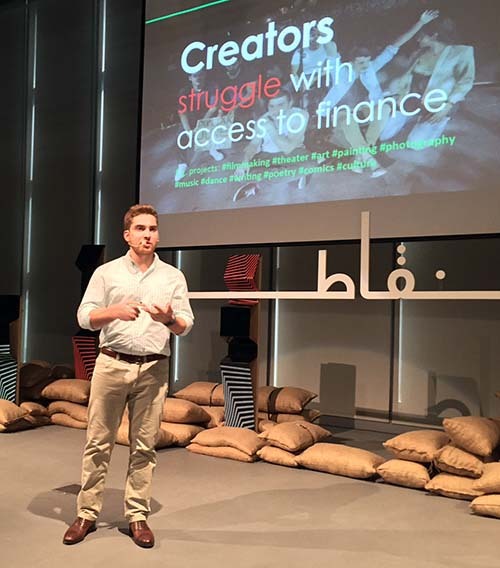 "The future of cowdfunding is very promising," he said, but cautioned that a major problem is sustainability.

Loay Malahmeh, co-founder of 3DMENA, a for-profit hardware incubator and social innovation hub based in Amman, Jordan, explained how his firm creates cost effective prosthetics to help refugees and others in need. 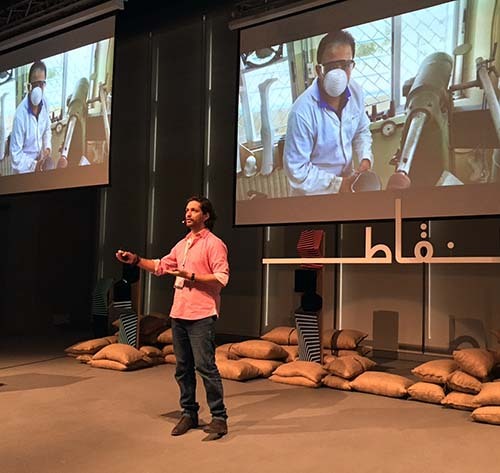 He called his venture "very disruptive and democratizing production."

Noura Al Kaabi, CEO of Abu Dhabi-based media free zone twofour54 and the UAE's Minister of State for Federal National Council Affairs, is a leader who was named one of the 20 most powerful women in global television by the Hollywood Reporter in 2016. 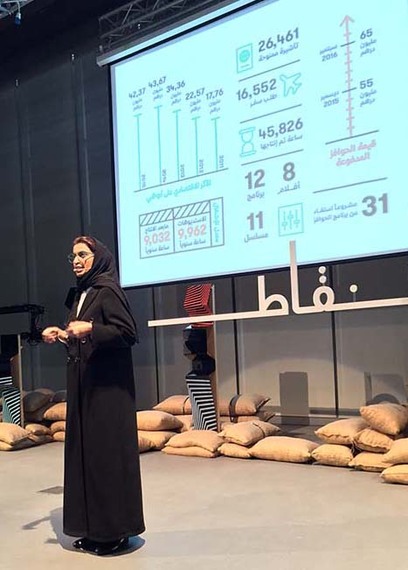 "Any creative region begins with people," she explained. "At twofour54 we have an innovative lab. The key element is to engage with youth."

The Nuqat conference is a rich and enriching experience that will go on the road to Arab countries for two years before returning to Kuwait, organizers said. 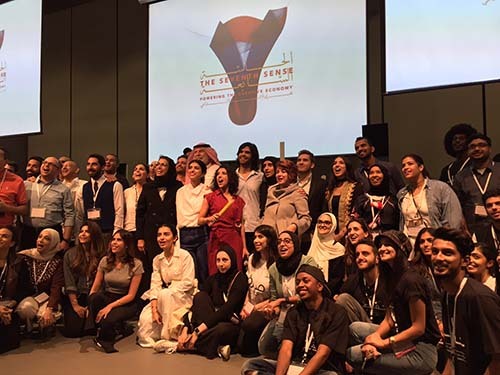 First known as "Nuqat Ala Al Huroof" (dots on letters), it has hosted a yearly conference since 2009 that includes workshops, exhibitions, entertainment, instructive activities for children and design competitions.