Eight days after 36-year-old Nurbanu from Bangladesh divorced her husband of 18 years, he threw acid right in her face.

Nurbanu's husband went into hiding, HuffPost UK reports, and was caught after ten months and jailed for a year. Yet since then, Nurbanu has returned to her husband -- convinced by her sons to move back in with the man who attacked her. 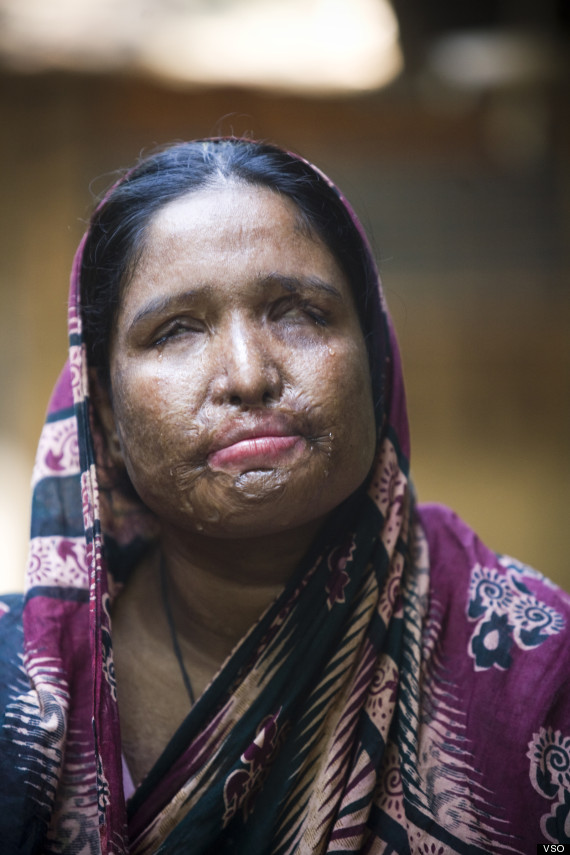 36-year-old Nurbanu was attacked by her husband but forced to return to him. (VSO)

Reuters writes that around 1,500 acid attacks are reported each year and 80 percent of them target women. Yet the number is most likely higher, as many victims are afraid to speak out.

"Most of the women and girls I support were attacked by men who viewed them as commodities and therefore believed they were justified in disfiguring them and violating their rights," Monira Rahman, CEO of the Acid Survivors Association in Bangladesh, writes.

"Until women have real equality, they will continue to not only suffer the most from poverty but also be subjected to violence," she adds.

Fakhra Younus, a Pakistani dancing girl, never knew equality. She committed suicide 12 years after her then-husband, Bilal Khar, disfigured her by spraying her with acid. While Younus was left fighting for her life, enduring as much as 39 separate surgeries, Khar, son of a Pakistani governor was acquitted.

Younus jumped from the sixth floor of a building in Rome on March 17, the Associated Press reported. News of her death revived calls for action over the plight of many victims of acid attacks in Pakistan. However, similar assaults have taken place in other parts of the world.

The number of acid attacks in Colombia has increased in recent years. According to the Wall Street Journal, a woman may be attacked over a dowry in India or because she was caught without a veil in Pakistan, but in Colombia a woman is often attacked out of anger over her independence.

In the case of Consuelo Cordoba, her boyfriend's chemical attack "burned off her ear, melted her eye, destroyed her lower face and ate her teeth," according to the Journal. She since has to wear a skin-tight elastic mask and breathes thanks to a tube that sticks out of her nose.

Europe has not been spared. According to HuffPost UK, Patricia Lefranc spent three months in a coma after her then lover Richard Remes attacked her with sulphuric acid as she stepped out of in Brussels in 2009.

Lefranc has endured 86 operations since the attack, and lost the sight in her left eye and hearing in one ear. Her nose is slowly being eaten away and will soon need to be replaced with a prosthetic. 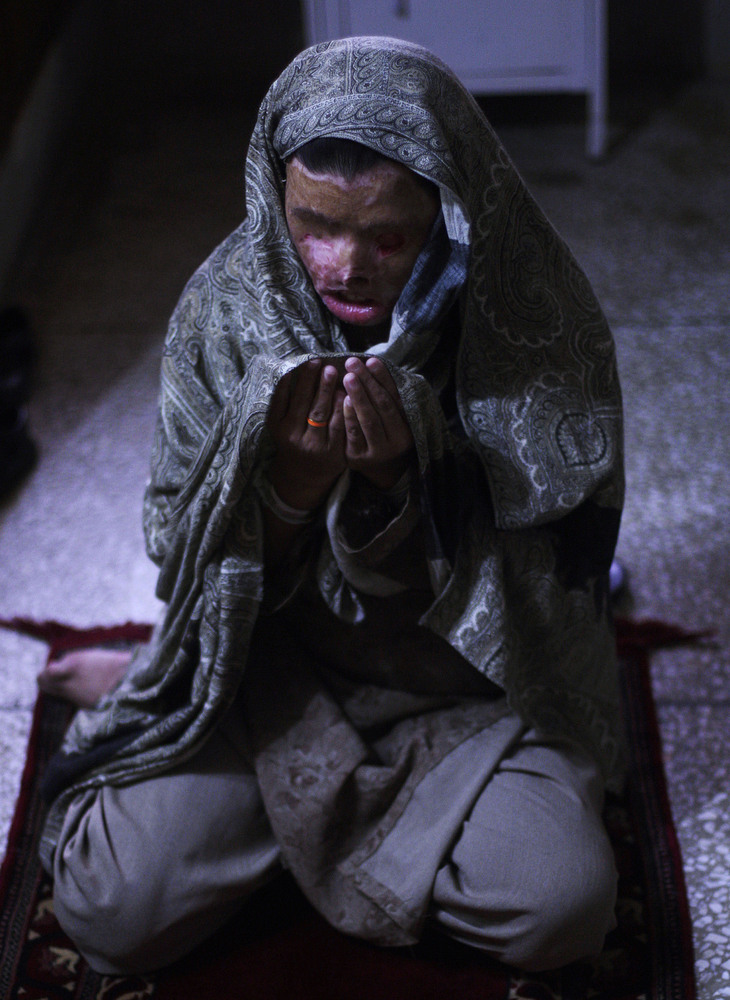 1 / 9
In this photo taken Friday, Jan. 22, 2010, Pakistani acid attack survivor, Naziran Bibi, 23, attends Muslim's Friday prayers in her room at the Acid Survivors Foundation (ASF) in Islamabad, Pakistan. The foundation provides medical, psychosocial and legal support to victims of acid attacks to reintegrate them into mainstream society. In 2008, there were at least 7,571 incidents of acid attacks, rapes, spousal beatings and other attacks on women in Pakistan, according to The Aurat Foundation, a women's rights group. (AP Photo/Muhammed Muheisen)
AP Photo/Muhammed Muheisen