Any hospital with a private room and bathroom is technically adequate for isolating and treating an Ebola patient, according to the Centers for Disease Control and Prevention. But to truly remove the risk of contracting the deadly virus among health workers requires meticulous work and years of repetitive drills and practice, according to nurses on the ground who also say that they are not receiving the proper training to protect themselves and their communities.

"We’ve been asking for training for protocols and we have not gotten it,” said Katy Roemer, RN, a nurse at Kaiser Oakland and a member of National Nurses United. "Pieces of paper are being handed to us with minimal instructions on it, and it’s not adequate to deal with a virus like Ebola.” 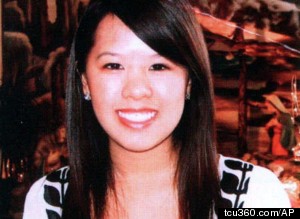 “We have to rethink the way we address Ebola infection control, because even a single infection is unacceptable,” said Frieden during an Oct. 13 press conference. The CDC is conducting a detailed investigation to figure out how Pham could have become infected. “If this one individual was infected and we don’t know how within the isolation unit, then it is possible for other individuals to be infected as well,” he concluded.

Pham is now in isolation at Texas Health Presbyterian Hospital Dallas, and the CDC is working with staff there to figure out exactly what went wrong.

Public health officials are looking to one of the only programs that has gotten it right: the Biocontainment Unit at Nebraska Medicine that treated Ebola patients Dr. Richard Sacra and NBC cameraman Ashoka Mukpo.

The Nebraska facility is one of only four hospitals with a biocontainment unit built especially for receiving patients with infectious diseases and bioterrorism victims. Nebraska's unit is the largest in the country, with features like separate doors for entrances and exits, a staff decontamination shower, a negative air pressure system that prevents air in the patient’s room from escaping to other parts of the hospital (although Ebola isn’t an airborne virus), and a laboratory within the biocontainment unit itself, so that infectious samples need not travel long distances to labs throughout the hospital.

Their efforts have been led by nursing director Shelly Schwedhelm, MSN, RN, who offered some advice during her own Oct. 13 press conference. While she acknowledges that other hospitals may have the equipment needed to safely treat Ebola patients, they may not have the human resources required to keep all healthcare workers safe.

For instance, Schwedhelm said one of the most important safety measures at Nebraska Medicine are full-time staffers solely dedicated to supervising healthcare workers put on and take off personal protective gear like gowns, gloves, and face masks.


When a healthcare worker enters or emerges from a patient unit, he or she goes into a room with posters detailing every step of how to properly put on or remove protective gear. In addition to the posters, the “donner,” or the staffer who supervises putting on the gear, and the "doffer,” who supervises gear removal, talks them through each step. Drilling and supervision is key to maintaining a confident, comfortable staff in the midst of high-pressure situations.

“We don’t have variation, [and] our teams aren’t tired when they’re at work,” said Schwedhelm. "We make sure that we’re following meticulously the policies and procedures, and we’d call each other out in a heart beat [if we didn’t].”

There is also a staffer dedicated just to decontaminating the trash and linens that come out of a patient unit with a machine called an autoclave, which blasts objects with high-pressure steam to sterilize them. Not all hospitals have that machine, said Schwedhelm, and it’s probably the key factor that limits Nebraska Medicine’s Ebola patient capacity to two to three patients.

These safety measures were developed and implemented over the years by a nurse in their unit who is also part of the Nebraska Medical Center College of Nursing. Her doctoral research was on personal protective equipment, and she took what she learned to specially develop the safety protocol for Nebraska Medicine.

Now Schwedhelm is advising other hospitals on how to adopt their tried-and-true methods for personal protection with posters available for download on the web, phone and email interviews and visits from around the globe.

Nursing advocate Roemer said that it wasn’t enough for major cities or regions to designate one hospital to be the receiving and treating unit in the area for Ebola, which is an option Frieden said was being explored. There are too many points of contact, from intake to assessment to isolation, that potentially expose frontline workers like nurses to Ebola. And if the CDC gets hazmat suits, said Roemer, nurses want them too.

"If you’re going to ask us to care for the patient, we need the equipment and the training to do so,” Roemer concluded. "Anything less is not OK."