This month, male Tinder users who swipe right on someone named “Nurse Nicole” are in for a little surprise. You see, Nicole is less interested in seeing your junk than she is in making sure it gets checked out by a doctor.

And she's not afraid of responding to your awful pick-up lines in order to do so.

As the many screenshots posted on their website show, Nicole likes to drop not-so-subtle hints to men that they should spend less time trolling their smartphones for sex and more time taking their health seriously. 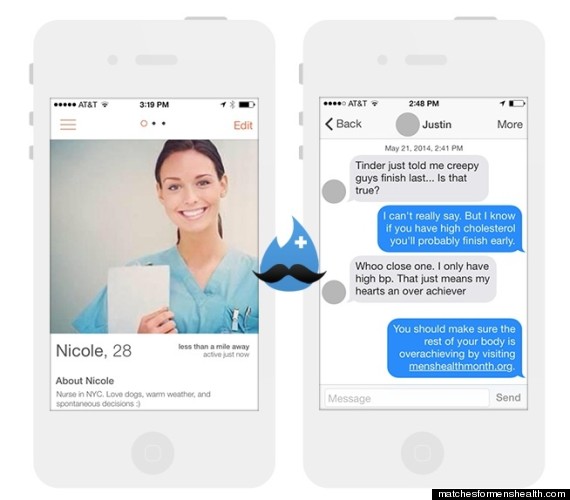 When men on Tinder send their flirty come-ons to Nicole, she quickly turns the conversation toward unsexy topics like blood pressure, heart disease, prostate health and testicular cancer.

Along the way, she unsubtly drops links to the Men’s Health Month website too.

“For the month of June, Nicole is enduring terrible pick-up lines, facing extreme male desperation, and talking dirty to dirtbags in the name of men’s health,” write Mak and Spear on their site, where they also post some of the funniest exchanges, many of which are viewable below.

Spear told The Huffington Post that they decided to make the app their grandstand because of the large number of men in New York City who use it. The two are currently in the Big Apple for an internship. 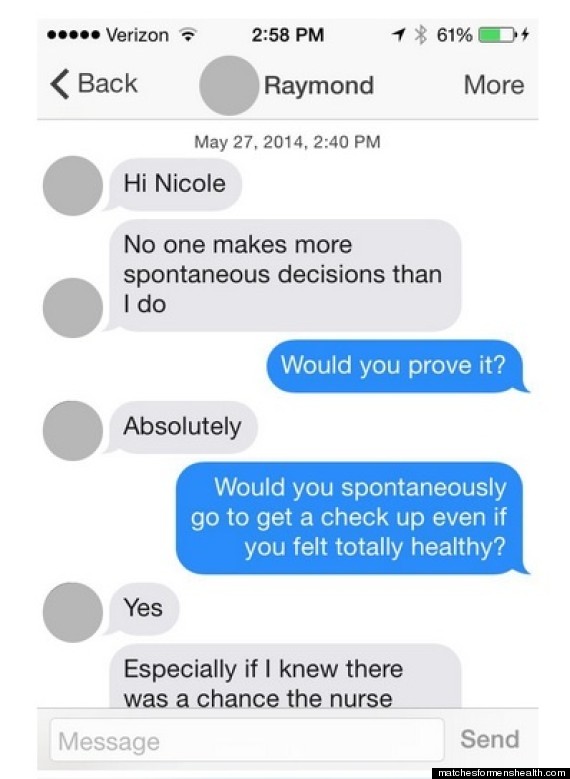 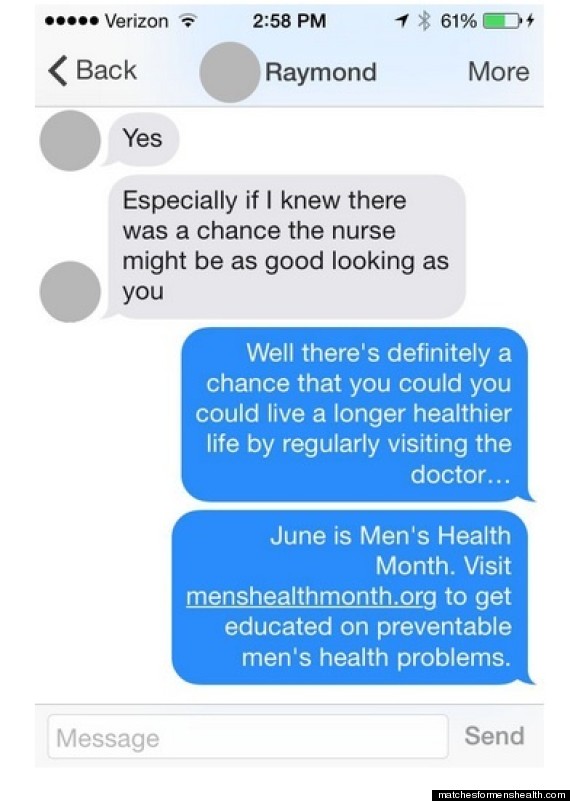 A past ad campaign also used Tinder to promote HIV awareness, but in that case, the ill-conceived message smacked of “slut-shaming.”

Luckily, Spear and Mak’s project is (mostly) about humor, not humiliation. And according to the Centers for Disease Control and Prevention, women are twice as likely as men to visit their doctor for an annual checkup, which makes Nicole’s mission a fairly important one.

“There’s very little buzz around Men’s Health Month,” Spear told HuffPost. “We knew we could reach out to young and old men [on Tinder] in a way that’s a bit disarming, and a bit different from the usual way we talk about men’s health.” 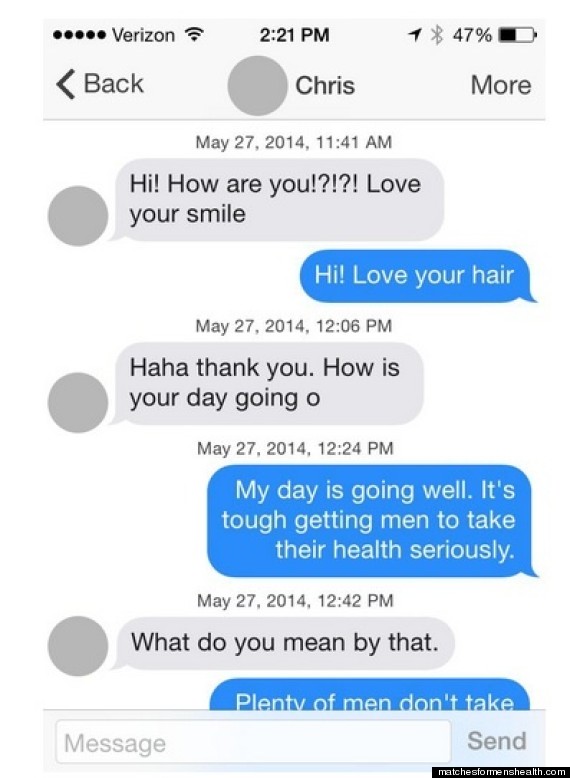 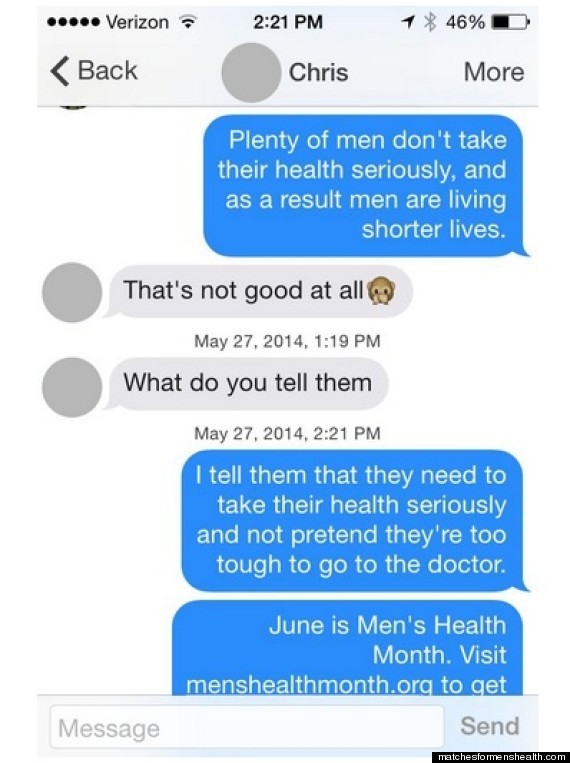 Not everyone on the dating app is thrilled by Nurse Nicole’s lack of interest in anything but health.

“There are some guys who don’t understand what’s going on, even after the joke is up,” said Spear. “But some genuinely seem to appreciate what we’re trying to do.”

Others are down to get a checkup, so long as Nicole’s the one asking them to turn their heads and cough. 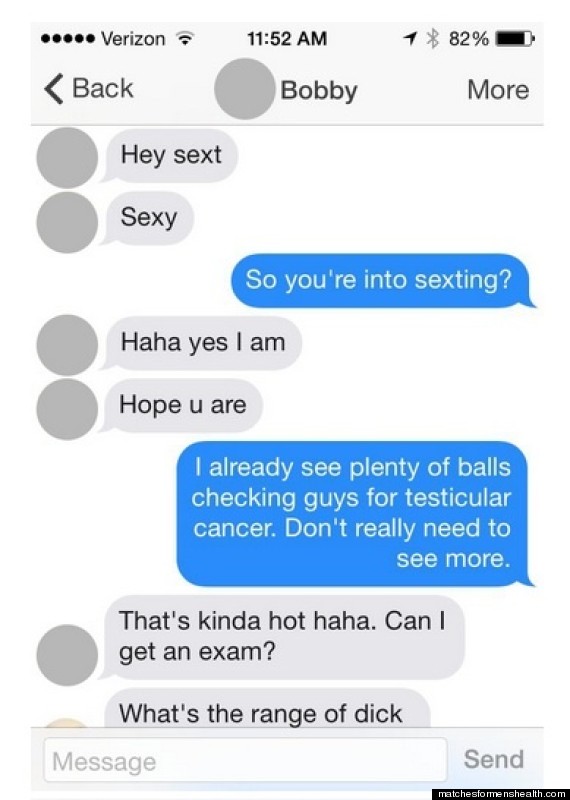 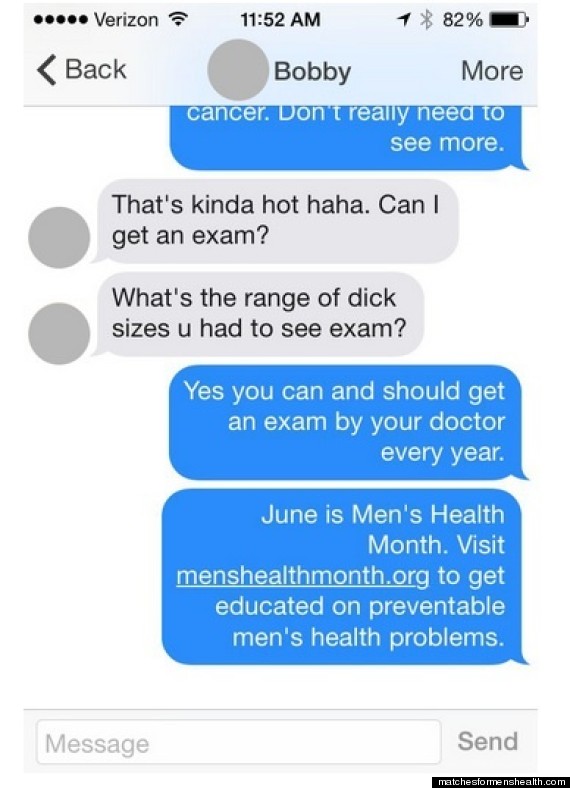 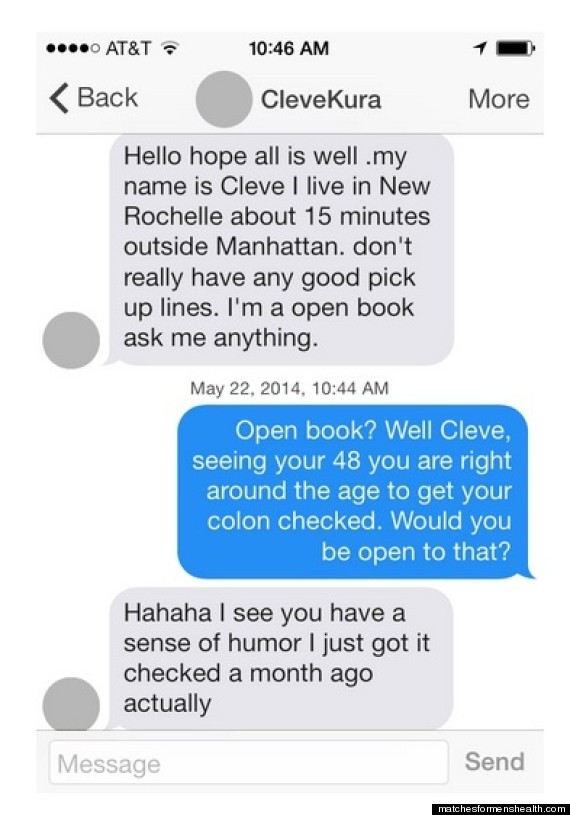 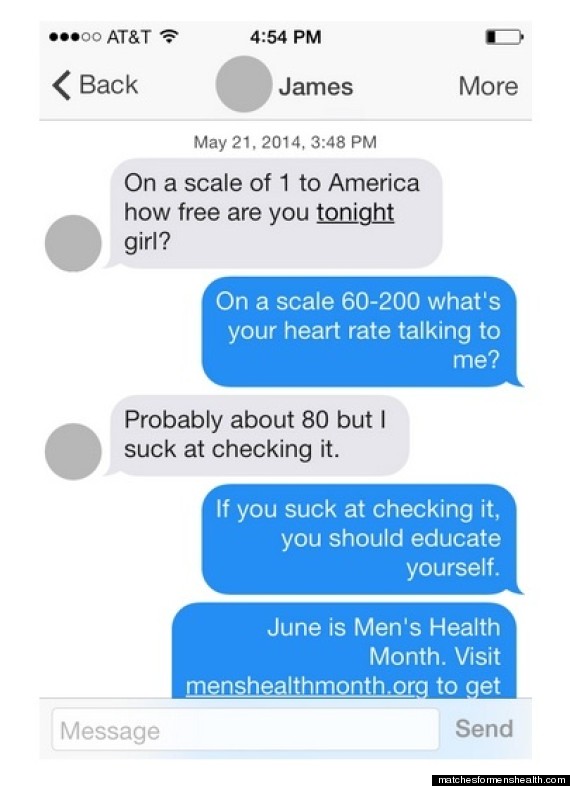 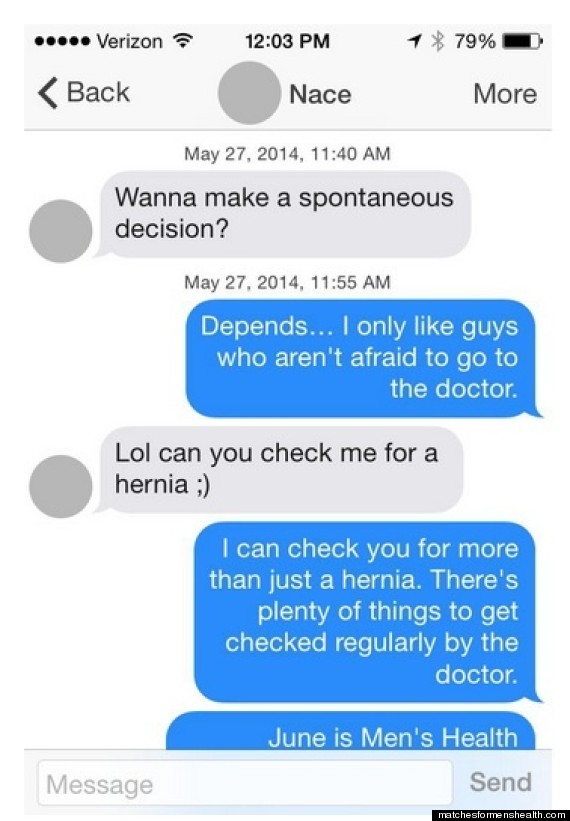 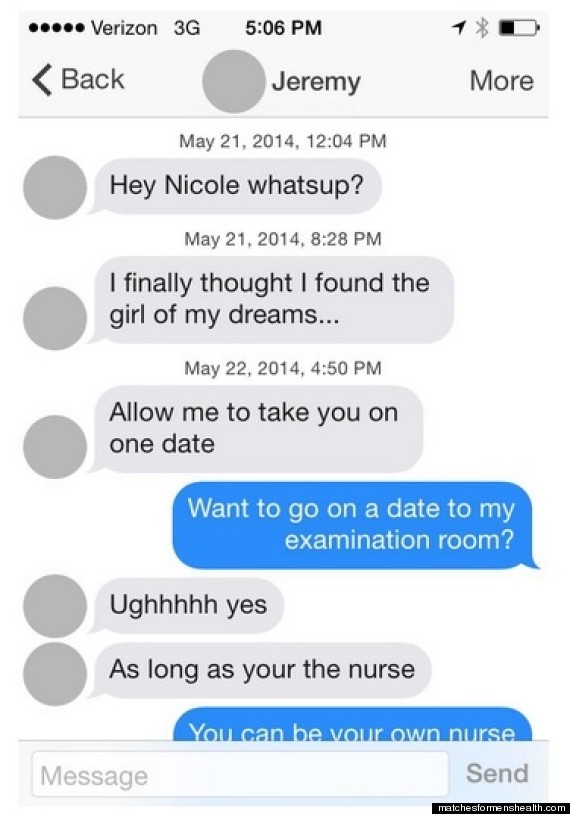 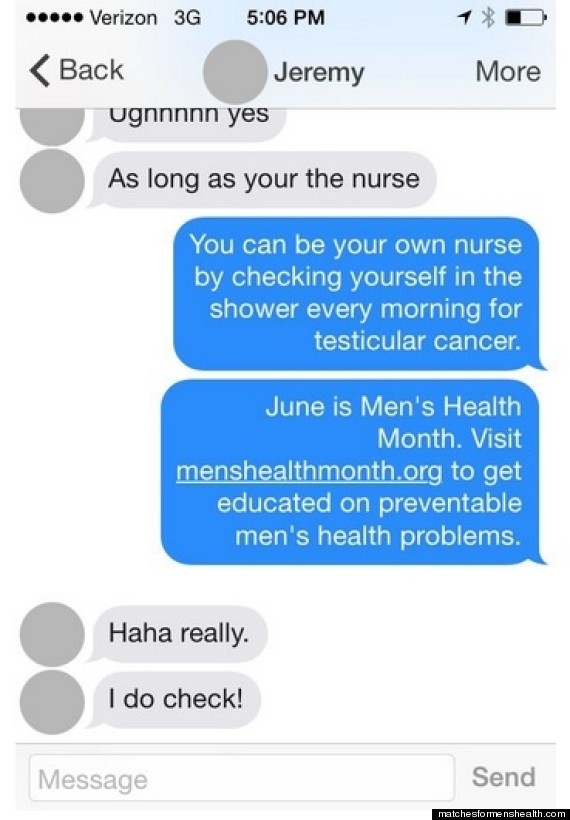 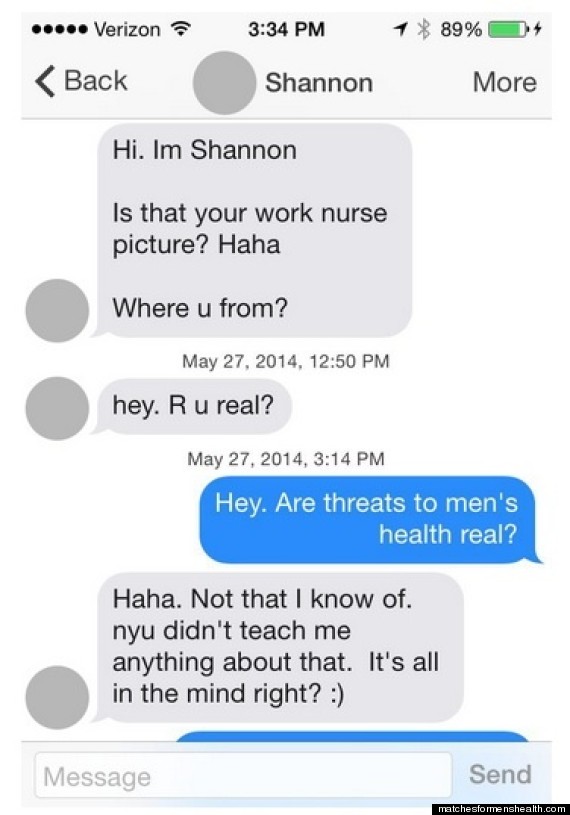 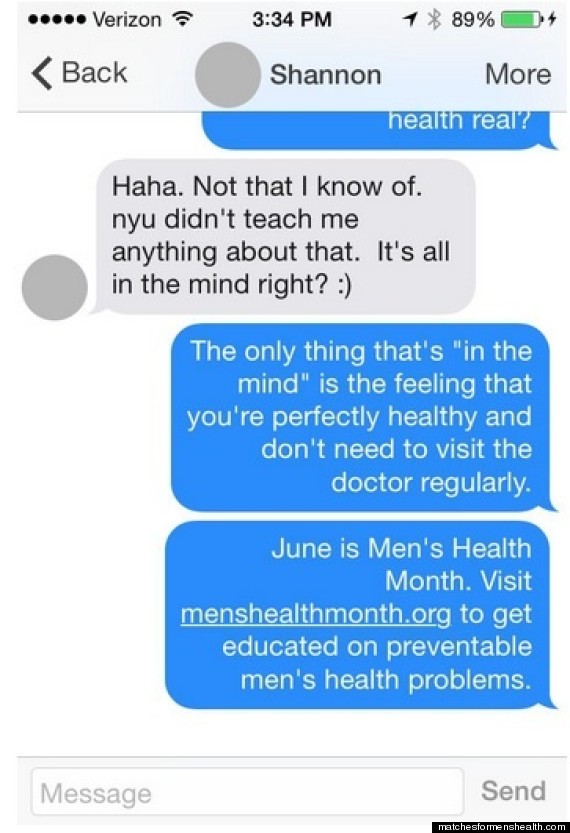