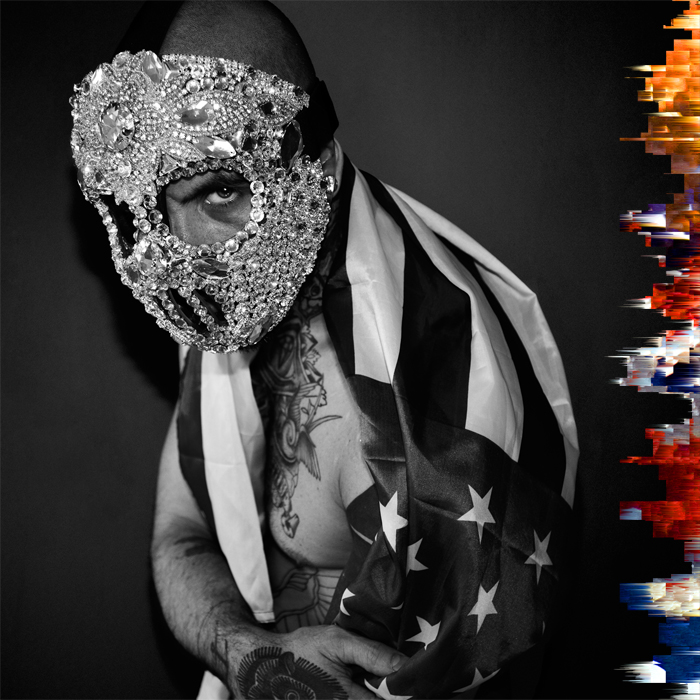 With a new video and EP out and plans for much more in the works, 2013 is shaping up to be a busy year for NYC's black-magic electropopper KOORTWAH. I caught up with him this week to talk about the video for his new single "forty five" (below), how body fluids inform his artistic process, what it means to be a faceless artist in the age of manufactured celebrity, and much more.

(The interview begins after the video. WARNING: The video contains some graphic content. Watch at your own discretion.)

Logan Lynn: Hello, sir. Thanks for chatting with me today. I know you recently removed your face from your artistic identity. Why did you make this decision?

KOORTWAH: I suppose that I'm concerned with, among other things, the difference between personal fame and professional recognition. It's not so much about hiding my identity, though, as it is about creating a new one. As an artist, I feel that it's my job to encourage people to ask questions, as opposed to providing them with answers. A mask is really just another question.

Lynn: Have you removed your name too? Should I call you Jake or KOORTWAH?

KOORTWAH: For music purposes I'm KOORTWAH. For everything else I'm Jake. And KOORTWAH itself is just a phonetic spelling of my French last name. If you yelled either at me on the street, I'm sure I'd turn around.

Lynn: OK, you got it. I just finished watching your new video, "forty five." Can you tell me a little bit about the song?

KOORTWAH: As a rule, and in keeping with my earlier answer, I don't really offer explanations per se for my work. The song certainly has meaning for me, but that meaning is merely my own, and divulging it would only inhibit other people from interpreting the song for themselves. That being said, I think the titular double entendre plays around with the relationship between commercial success and violent, destructive action.

Lynn: Is it just me or is there a little peeing in someone's mouth in the video?

KOORTWAH: All I'll say is that the video is about associations. I wanted to combine original content with found footage in a way that encouraged the viewer to ask themselves what kind of intention lay behind the juxtapositions. There's definitely a focus on fluids, and the inversion effect I created helps establish a kind of visual transubstantiation. (That's certainly a 50-cent word.) When I had finished editing, I was pushed to censor the nudity out, which I was initially reluctant to do. But in the end the censoring is actually another great element that perpetuates the theme of concealment. 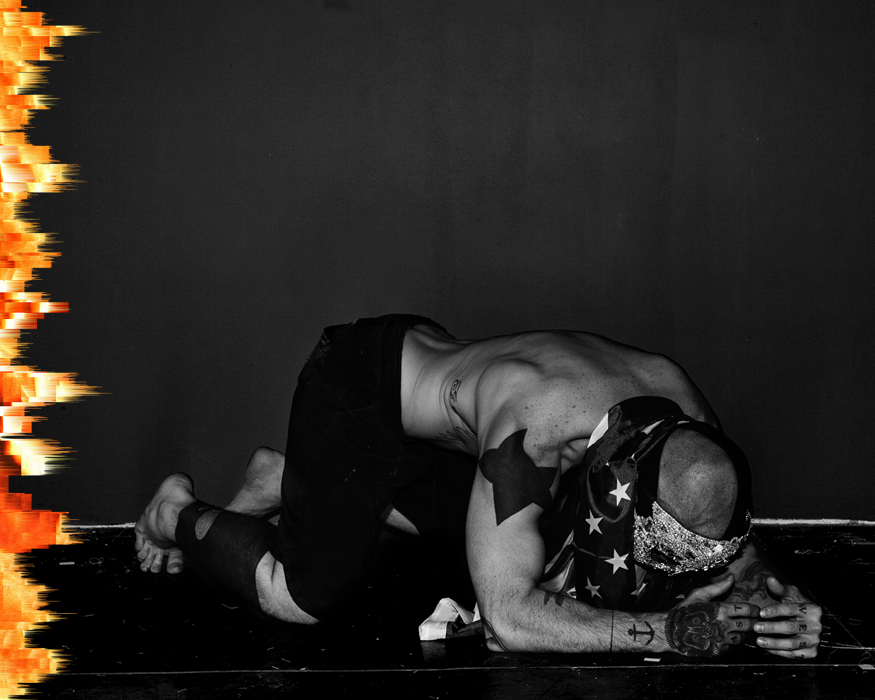 Lynn: And you have a new EP out, correct?

KOORTWAH: Well, yes and no. I finished recording the first half of what will be my debut album, which will be called, appropriately enough, Occult It. Four songs, including "forty five," are available to stream on Soundcloud. I'll record the second half of the album later this year. There won't be a commercial release until the entire album is finished.

Lynn: Who did you work with this time around?

KOORTWAH: I'm working entirely with Abe Seiferth, which has been wonderful. There are no other musicians on the record (except the amazing Monika Heidemann, who provided backup vocals).

Lynn: How would you describe KOORTWAH's sound to someone who had never heard your music before?

KOORTWAH: That's a tough question for me. I think of what I'm doing as dark electronic pop, but that's not terribly specific, is it? I really want to develop a killer answer to that question, because people ask variations of it all the time, but I haven't come up with one yet. In my head I like to think I'm what you'd get if you crossed Depeche Mode with James, but maybe I'm just flattering myself. If you have a better answer, I'm all ears.

Lynn: I'll think on it and let you know. How do you identify? Is KOORTWAH queer?

KOORTWAH: As Jake I'm openly, happily gay, but as KOORTWAH my artistic intentions and professional aims really transcend that. I think this is tough for a lot of musicians who happen to be gay, because on the one hand we don't want to get lumped into the horrifying category of "gay music." On the other hand, as Russia is making revoltingly clear, the world has a long way to go on its path towards comprehensive acceptance of the LGBT community, and it's important to me that people understand how strongly I feel about making the world a better place for all of us.

Lynn: Yes, what's happening in Russia is heartbreaking. I have always felt like it is important for talented queer musicians to put their work out there. I believe that ultimately, if the music is good, it doesn't matter where people try to lump you. Who are some of your musical influences?

KOORTWAH: Oh, that list is endless. I will say this, though: If you want me to get off my ass and dance, just play Knights of the Jaguar by DJ Rolando. 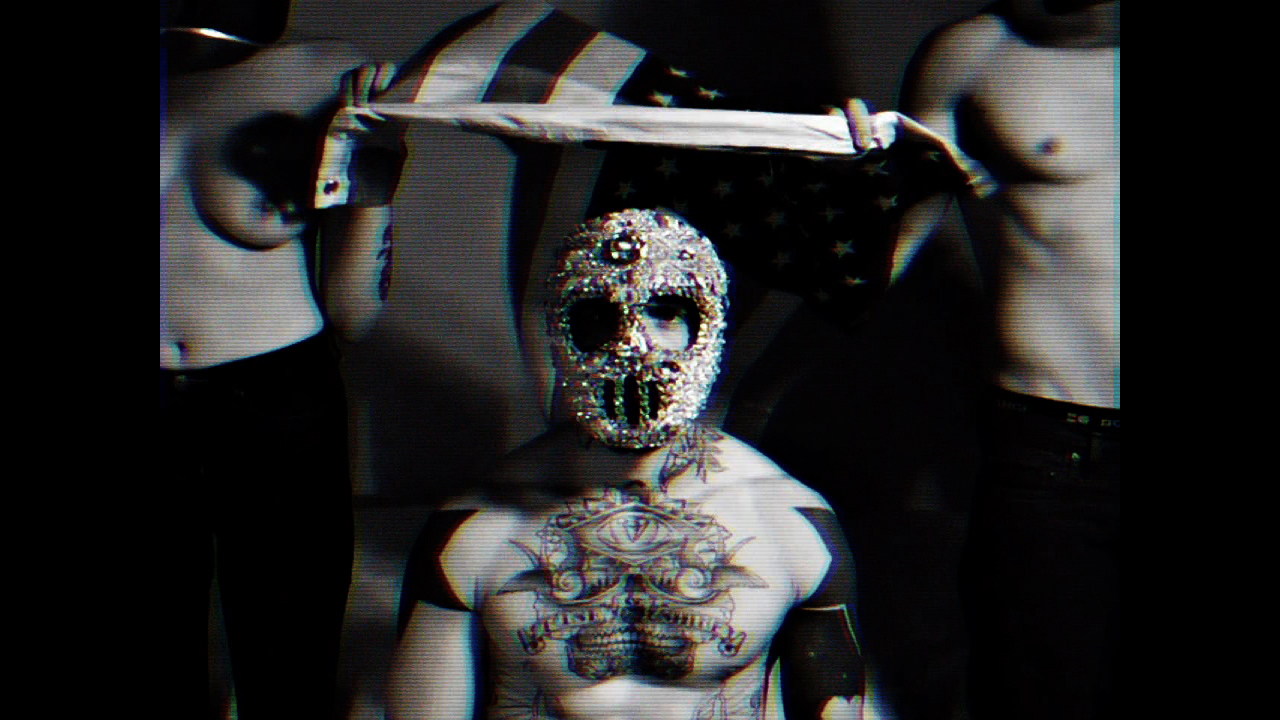 Lynn: What are you listening to right now?

KOORTWAH: The new Pet Shop Boys, specifically "Love Is a Bourgeois Construct." It's brilliant. My brother bought me "Behaviour" when I was still hairless and innocent. I saw that Bruce Weber video with the guy jumping naked on the trampoline, and I knew then and there what I wanted to do with my life. I got rather impressively and lengthily sidetracked by drug use and mental illness, but maybe success as an artist is really all about finding your way back to how you saw things when you were 7. As Jean Genet put it, "A man must dream a long time in order to act with grandeur, and dreaming is nursed in darkness."

Lynn: Hell, man. I built an entire career on drug addiction and mental illness, then another career on coming back to this planet. That all makes perfect sense to me. While we are on the subject of career and art, what is at the root of your mission as an artist?

KOORTWAH: Well, I think that if blood is life when it resides in our veins, and death when it escapes our bodies, music is like bleeding constantly without dying. Making music is like taking a blade to my palm. Anyone listening can do the same, hold their hand up to mine, and feel our blood mingle. The pain passes, but the connection remains. I always wanted blood brothers -- a whole church of nonbelievers gathered in the dead of night.

Lynn: Whoa, dude. Anything else our readers should know?

KOORTWAH: That pigs aren't dirty animals. They just don't have sweat glands and need to roll in the mud (or swim) to keep cool in the summer. It's not their fault that we lock them in prisons and force them to roll in their own shit. Pigs are wildly intelligent, emotionally sensitive animals with a strong sense of community. They're also insanely cute. One day in the future, people will look back on us and be horrified that we tortured and murdered pigs unnecessarily just so that we could eat bacon.