SAN FRANCISCO, Nov 12 (Reuters) - Nurses across the United States will stage protest rallies and strikes on Wednesday over what they say is insufficient protection for health workers dealing with patients possibly stricken with the deadly Ebola virus.

The U.S. Centers for Disease Control and Prevention says it has ordered $2.7 million worth of personal protective equipment to help hospitals care for Ebola patients.

National Nurses United expects some 100,000 nurses in more than a dozen U.S. states, in Washington DC and also in several other countries including Australia and the Philippines to take part in the day of action on Wednesday.

Most nurses in the campaign will not walk off the job but will hold rallies and demonstrations to bring the issue of inadequate Ebola protection to public attention, Idelson said. Some nurses will hold a vigil outside the White House.

The Ebola-related protests kicked off in the United States on Tuesday, when National Nurses United said nearly 20,000 nurses began a two-day strike in California. Their local union is also locked in acrimonious contract talks.

A Kaiser Permanente representative could not be reached for comment on Tuesday, but the organization has previously accused the union of using Ebola as a pretext to justify labor action.

The last U.S. patient being treated for Ebola recovered from the disease on Tuesday.

The Ebola epidemic has killed nearly 5,000 people in West Africa but only one person, a Liberian native, has died in the United States. Medical experts say Ebola can be transmitted only through the bodily fluids of a sick person with symptoms. (Editing by Gareth Jones) 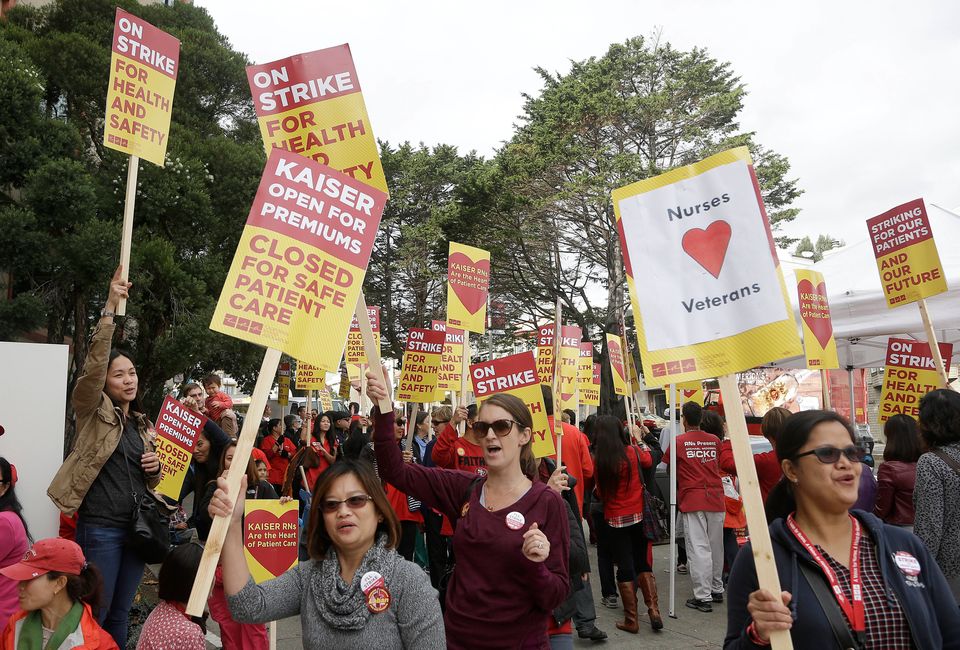