All parents want a good future for their children and to see that the generations that come after them live healthy, productive lives. Not only is fulfilling this hope in the best interest of the individual child and family, it is in the best interest of entire nations. How can we ensure this? We can start by committing wholeheartedly to improving the nutrition for women and children to ensure an abundant future.

Those of us in the fight to end hunger and poverty have become acutely aware of the devastation that undernutrition can bring to an individual, a community, and a nation. Thanks to U.S. government leadership, partnerships with governments across the globe, and the hard work and contributions of civil society, we are also well aware of the positive impact that improving nutrition in the critical 1,000-day window between pregnancy and a child's second birthday can have.

Good nutrition saves lives--45 percent of all preventable child deaths is due to malnutrition. It improves health outcomes, physical growth, educational attainment, and incomes and productivity. The results are inspiring.

From climate change to civil liberties, the world is at a critical point right now with many issues. Global nutrition is no different, and, as such, deserves adequate attention as its reach is vast and implications deep. Future generations depend on decisions we--governments, NGOs, faith leaders, community leaders, investors, scientists, educators, and others--are making and actions we are taking right now to ensure that they can reach their full potential. Not only can we reduce undernutrition--we must if our children's children are to thrive. 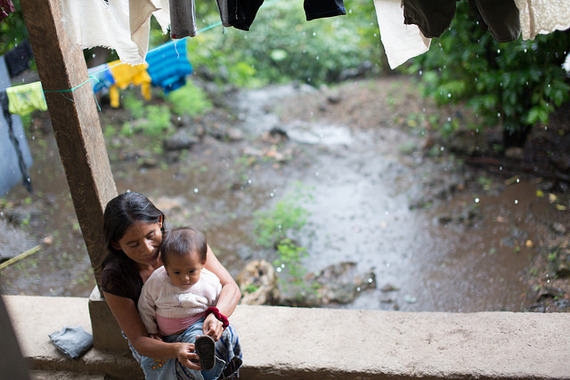 Global leaders are taking heed. In fact, one year ago this past Sunday, the governments of the United Kingdom and Brazil, along with the Children's Investment Fund Foundation (CIFF), co-hosted a high-level international meeting in London--"Nutrition for Growth: Beating Hunger through Business and Science."

The event was an impressive "meeting of the minds," as business leaders, scientists, government officials, and civil society came together to pledge financially and politically to support the efforts of the Scaling Up Nutrition (SUN) Movement's efforts to reach millions more pregnant women and children with the nutrition needed to improve nutritional outcomes. The United States and other world leaders signed the Global Nutrition for Growth Compact, signaling our commitment to address global malnutrition and child mortality. This compact has been endorsed by over 90 other stakeholders.

The 365 days since the event have seen great progress. In the United States, for example, efforts are underway to elevate nutrition as a priority and meet our global commitments. In the fiscal year 2014 budget, Congress worked in a bipartisan manner to boost funding for nutrition programs--specifically in the global health account.

This strategy is significant because it recognizes the critical role of nutrition in human development and the multi-sectoral approach needed to address maternal and child malnutrition. It also acknowledges that high rates of chronic malnutrition can significantly impact a nation's GDP potential, as well as other economic and social costs. USAID is leading the charge, not only committing to the World Health Assembly's (WHA) 2025 Nutrition Targets, but also including benchmarks to gauge the effectiveness of its development programming in achieving nutrition outcomes.

Bread for the World and World Food Program USA strongly support this strategy. It also lays the foundation for our government to develop a whole-of-government Global Nutrition Coordination Plan.

On this, the first anniversary of the Nutrition for Growth summit, we recognize these and other important steps that have been made to fight undernutrition, but we still have a long way to go.

The United States must leverage its leadership role and encourage stakeholders to reaffirm last year's financial and political commitments. We must also continue to raise awareness of this critical issue.

Looking forward, we must continue our engagement with governments, civil society--including the business sector--and leading health experts, scientists, and researchers to ensure that the post-2015 global sustainable development goals include a goal to end hunger and malnutrition and targets that build on and go beyond the WHA Nutrition Targets. We must make nutrition an international and domestic priority, which will save lives and advance the health and wellbeing of millions of people throughout the world.

President, Bread for the World