We all make mistakes -- let's just get that out there.

With so much information on the Internet it can be easy to get lost, especially when you hear conflicting messages. Let me share with you four big nutrition mistakes that I made when I first started out so that you don't follow in my footsteps.

You want to lose weight and get fit, so what's the first thing you do? Cut back on your calories. In theory this is a logical first step, but many people set themselves up for failure by setting unrealistic calorie goals. This is one of the biggest mistakes that I made when I started on my fitness journey. I cut out too much, too fast, and failed. This can be very discouraging, especially when you're willing to give it your all to get fit. Aggressive calorie cutting is not sustainable and is guaranteed to backfire. When you make such a sudden change in your eating habits your body doesn't know how to respond. For example, if you're constantly eating 2,500 calories/day and suddenly cut back to 1,500 calories, your body will not know how to react. Your body will: 1) go into starvation mode and 2) not be able to sustain itself without more food. Ultimately, this was a huge headache for me and I'm sure it would be for you as well. 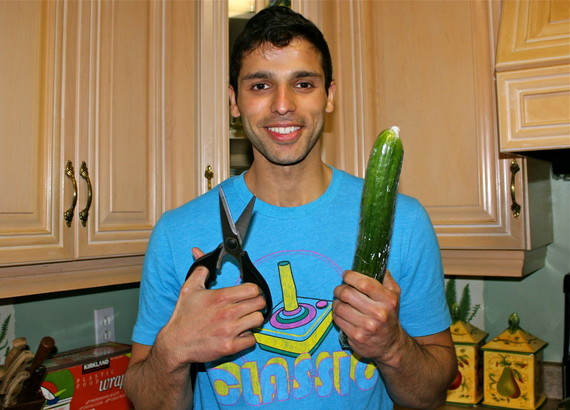 The proper approach to cutting calories safely is to reduce daily intake by 15-20 percent. For example, if you're eating 2,500 calories/day, try reducing to 2,000 calories/day for 1-2 weeks and see how you feel. A moderate reduction will give your body time to adjust to a new eating pattern. This will prevent you from the binge eating you would experience if you cut your calories in half from the start.

The most common theme that I see amongst people going on a diet is they cut out carbohydrates (carbs). "Carbs are evil," "carbs make you fat," "only eat carbs in the morning" -- all common phrases you have told yourself.

Let me quickly tell you about the two types of carbohydrates that exist:

As you can see from the above, some types of carbs are healthier than others. Carbs play a very important role in your health and fitness goals as they act as a source of energy. Eliminating carbs from your diet will decrease your energy levels and leave you feeling sluggish. I've tried to cut out carbs before and it didn't end well. I survived for a few days but quickly realized that my brain wasn't functioning properly and that I was starting to make simple mistakes in routine tasks.

I used to think carbs were the enemy, until I learned about the role they play for the human body. Cutting out carbs may seem like a good idea at first, but I promise you will quickly start craving food and most definitely binge eat until you get your fix.

This is one of the biggest mistakes I made and I didn't even know I was doing it. Picture this: I would be sitting around the house watching TV and during commercials I would randomly get up to get a snack. I didn't know any better but was I partaking in "careless eating," when chances are I wasn't even hungry. How many times has that happened to you? Here's another scenario for you, tell me if you can relate: You go to the fridge and open the door, you don't see anything you like so you go back to watching TV. You get back up 10 minutes later and go to the fridge again, and you still don't see anything you like. You go back to the fridge for a third time but this time you carelessly grab whatever you see and eat it. Has this ever happened to you? 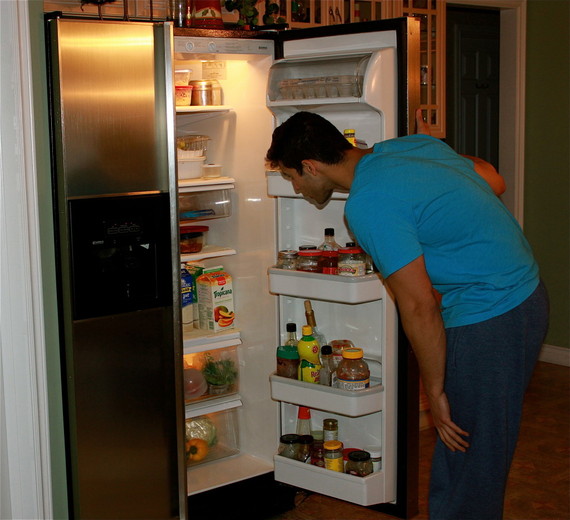 A quick snack here and there might not seem like a lot, but it adds up in the run of a week. You might think that a small bag of chips or a "healthy bar" (like there is such a thing) might not make a big difference in the run of a day. These smaller items generally have fewer calories, but think about it, how often do they really leave you feeling satisfied? Your nutrition should be focused on your goals, easy as that.

One of the biggest industries in the world over the last five years is the supplements industry. You go to any supplement store these days and you are bombarded with marketing messages. The industry is a cash cow because people like me (when I first started out) didn't know any better. According to The Statistics Portal, sales of vitamins and nutritional supplements (in the U.S. only) totaled $17.2 billion in the year 2000. The sales in 2014 amounted to $32.8 billion, and by the year 2017 are projected to reach $36.1 billion. 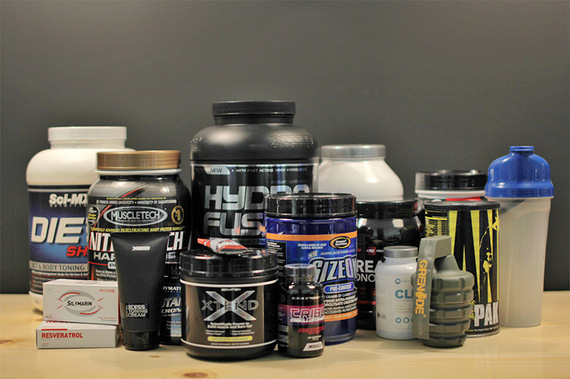 I thought a pill or powder would magically get me closer to my goal of weight-loss so I decided to spend money on supplements.

Instead of wasting your money on supplements, focus on real food that provides you with the nutrients your body requires. You cannot replace food with supplements -- it doesn't work like that! Don't get caught in the marketing of supplements like I did, it will cost you heavily! Jumping around from one supplement to the next, hoping your "magic formula" is around the corner will severely hurt your fitness progress. Next time you want to buy a supplement take a quick look at the list of ingredients. If you can't pronounce them, put it back on the shelf and walk away! I just saved you some serious $$, no thanking required!

More:
healthy livingNutritionDiet And NutritionFitness and Exercise
Newsletter Sign Up
The essential guide to taking care of your mind and body
Subscribe to HuffPost’s wellness email
Successfully Subscribed!
Wellness delivered to your inbox