In my senior year of high school, I took AP Psychology. A chapter that particularly interested me outlined the debate of nature versus nurture. What had more of an effect on a developing child, genetics or environment? My psychology book went more in-depth, using examples of how psychologists would study children that were adopted. These children were separated from their parents at birth and raised by another family in a different environment. The psychologists would track down the adopted children and compare them to their birth parents. Sometimes there would be striking similarities between the child and their birth parents, but at the same time there were similarities between the child and their adoptive parents.

The reason why this concept intrigued me so much is that I was adopted when I was six months old. On May 8, 1996, I was born in Incheon City, South Korea and my mother gave me up for adoption that same day. A foster family took care of me while a family in the United States received a phone call that there was a baby girl up for a closed adoption. Six months later, that very same family picked me up from the airport in New York and became my family. That day I gained a mom, dad, older brother and sister. 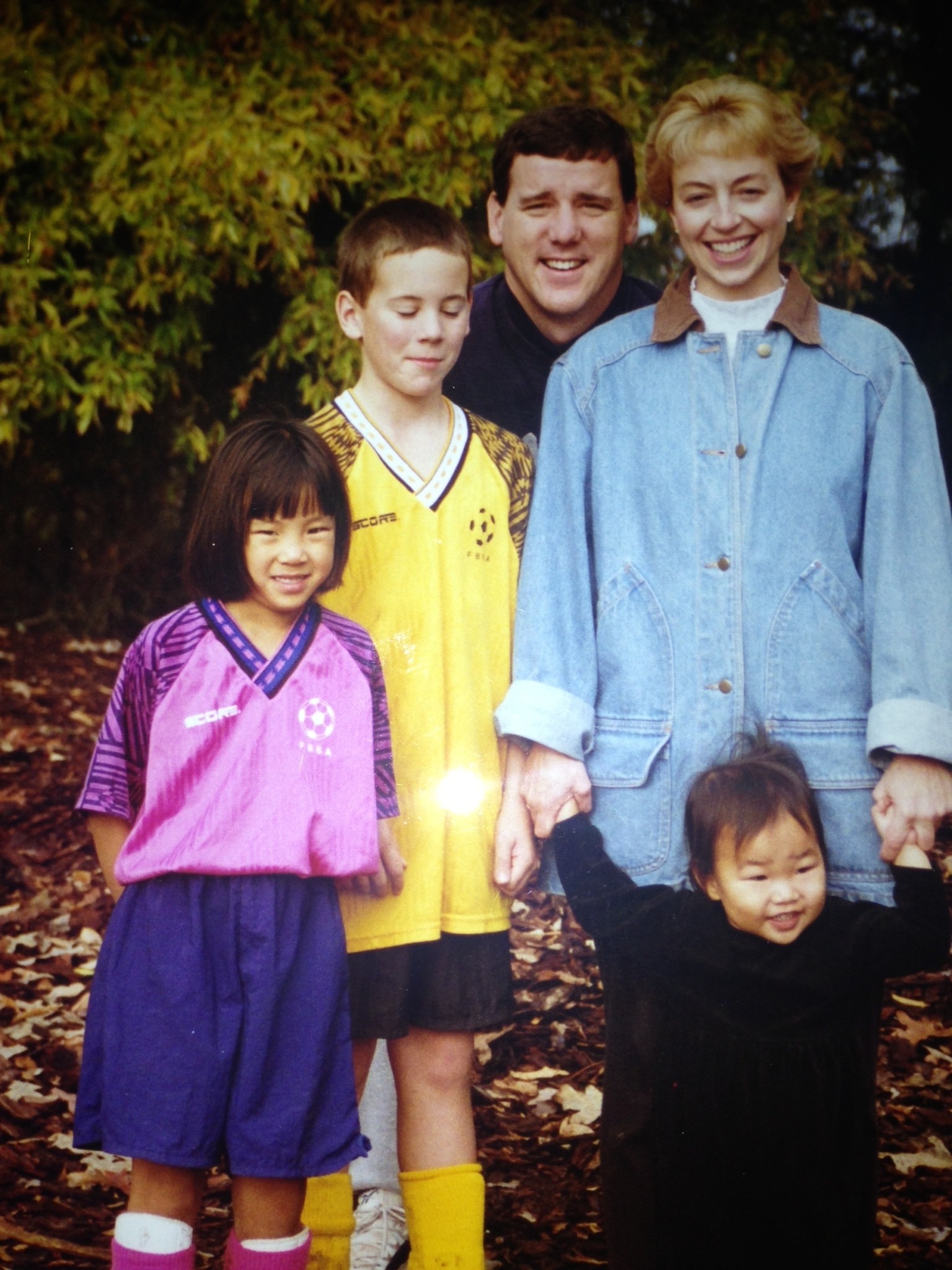 They say in the teenage years, you begin to search for your identity, for what makes you so uniquely you. Over time, my search for my own identity has resulted in the following: I love playing sports, I am allergic to nickel, I'm very stubborn and have a quick temper, but I have great compassion for others, math is my worst subject and I'm almost freakishly good at darts.

There are many other things that define me, but when I read about the discussion about nurture versus nature, I suddenly had many more questions. Does my love for sports come from my adoptive parents? Were my birth mother or father allergic to nickel? All these questions were overwhelming me and there were very little answers.

I recently turned 18 years old. Because I had a closed adoption, I did not previously know much about my birth parents. But now because I am an adult, my adoption agency offers the option of connecting me to my birth mother. My mom encouraged me to try to find my birth mother, but I didn't know if I wanted to. I took time to consider it, but eventually I decided that I would look for my birth mother in my own time. Right now I have a loving family and even though I am interested in finding my birth parents, it doesn't have to be something that happens right away.

I want to personally address some aspects of adoption that I have experienced. I have and always will be very open with the details of my adoption. I know that my birth mother was young, unmarried and gave me up so that I could have a better future. The only difference between me and a non-adopted child is that I just happen to have two more parents. Questions about my adoption don't bother me because I am not ashamed. Rather, I think of my adoption of something that makes me unique because no one adoption story is exactly the same. My mom used to read "Legacy of an Adopted Child" to me when I was little and I think it perfectly embodies what it means to be an adopted child.

"Legacy of an Adopted Child"

Once there were two women who never knew each other.
One you do not remember, the other you call mother.
Two different lives, shaped to make your one...
One became your guiding star, the other became your sun.
The first gave you life and the second taught you to live it.
The first gave you a need for love, and the second was there to give it. ne gave you a nationality, the other gave you a name.
One gave you a seed of talent, the other gave you an aim.
One gave you emotions, the other calmed your fears.
One saw your first sweet smile, the other dried your tears.
One gave you up ... that's all she could do.
The other prayed for a child and God led her straight to you.
And now you ask me, through your fears,
the age old question unanswered throughout the years...
Heredity or environment, which are you the product of?
Neither, my darling neither.
Just two different kinds of love.