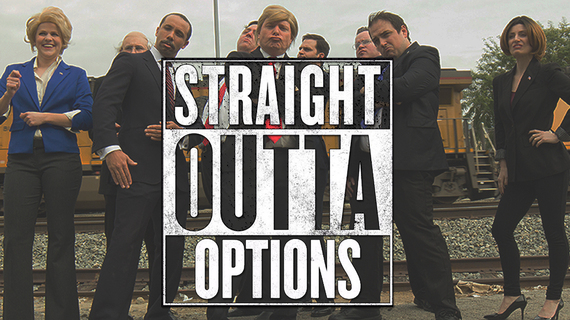 You might be finding yourself lost this election in the vast number of candidates, unable to decide which politician you want to support.

Just in time for the Iowa caucuses to kick off the Election season of 2016, comedian Ross Everett has released his political parody of Straight Outta Compton called Straight Outta Options. And no one is safe.

Each candidate (well, most of them) get their turn rapping why they are not a great fit for the Presidency in true NWA fashion.

Everett even took it a step further and posted the lyrics on his Tumblr complete with hyperlinks to sources from different news articles and blog posts.

Who do you think comes off the best in this? Does anyone?