More than 3,000 fighting roosters were rescued as part of a major cockfighting bust in New York, the state attorney general's office and the ASPCA announced over the weekend.

Dubbed "Operation Angry Birds," the busts were carried out at a Brooklyn pet shop, an upstate farm and a vacant Queens storefront, where police believe the fights were held.

At least eight people were arrested and charged with felonies in what's believe to be the biggest cockfighting bust in state history, The New York Times reports.

Many of the roosters had their natural spurs removed and replaced with razor-sharp metal barbs to make them especially lethal during the fights, New York State Attorney General Eric Schneiderman said in a news release. Investigators also recovered syringes used to inject performance-enhancing drugs as well as candle wax, medical tape and other cockfighting contraband.

“The brutality that’s associated with this is shocking,” Matthew E. Bershadker, head of the ASPCA, told the Times. “If you have a soul, if you have a conscience, you know very quickly that this is a vile, vile betrayal of what’s right. These animals suffer horrifically.”

The roosters were believed to have been raised, trained and boarded at the upstate farm, then transported into the city for the all-night death match fights, held twice a month, the Attorney General's Office said. Spectators were charged $40 admission, and many gambled on the fights -- with some individual bets reaching $10,000.

The ASPCA has the roosters at a temporary shelter in an undisclosed location. There's no word yet on what will happen to them next.

Cockfighting is illegal in all 50 states. 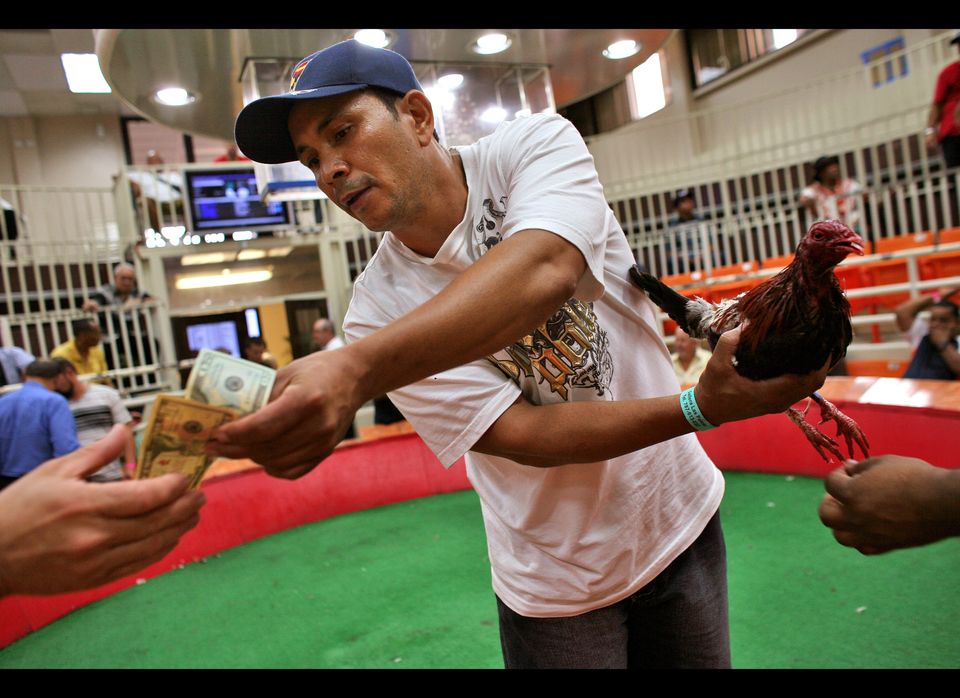 1 / 10
In this Friday, July 6 2012 photo, owner of a loosing rooster pays his bet as the cockfight judge removes sharp plastic spurs from the defeated bird at Las Palmas, a government-sponsored cockfighting club in Bayamon, Puerto Rico. The island territory
AP