Whether your personal brand of summer concert nostalgia evokes wide-open green-spaces or idyllic sandy beaches, the key ingredients in the U.S.'s two largest cities are "make it big, make it fun, make it free." In a rare harmonizing of coastal rivalry, New York's Central Park and Los Angeles' Santa Monica Pier are teaming up to raise the bar on large-scale community programming (this means your summer just got a little more kick-ass).

The City Parks Foundation is in its 28th year of producing Central Park's SummerStage, while the Santa Monica Pier Corp's Twilight Concert Series heads into its 29th. And while these coastal institutions hold keys to the most incredible public spaces and music traditions, both are also nonprofits, bound by limited budgets (read: no ticket revenues). So in a recent moment of 'duh, genius,' a partnership was formed to combine the might of the two premier outdoor Summer fests. "It's a win-win if we can go after artists together, and get them in front of both huge and influential audiences. The same is true for partners and sponsors," said James Burke, City Parks Foundation's director of Arts & Cultural Programs. 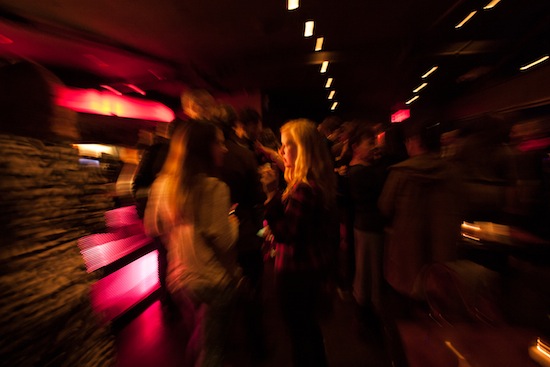 Booking agents and producers exchange at the summer music showcase

The new alliance was kicked off last week with a showcase at the Highline Ballroom in Chelsea's meat-packing district. The audience, mostly talent agents, artist managers and producers, was treated to a preview of the upcoming season with the return of funk icon Shuggie Otis, DJ Kool Herc, and a string of up-and-comers including Brooklyn's People Get Ready, Ofei, and Joshua Nelson.

The partnership is part of a larger brand overhaul of the Santa Monica Pier to ready itself for Los Angeles' new EXPO line which, in two years, will connect Los Angeles' downtown with Santa Monica's Pier and beaches. The upgrades include new branding, new food and retail, and most notably a cadre of expert Programming Curators developing an annual programming calendar across different categories, including FILM INDEPENDENT (film), the founder of The Echo and promoter of the Hollywood Bowl (music), CARS + Machine Project (arts), Joel Brand (active lifestyle) and Heal the Bay (educational programming).

So whether you prefer to catch a show stretched out on a grassy lawn surrounded by a metropolitan skyline, or with sand between your toes as waves crash softly in the background, keep your eye on the Park and Pier, this is the year for big, fun and free.