On Wednesday night, Kyle Smith wrote an article for the New York Post proclaiming that "women are not capable of understanding 'Goodfellas.'" So, Erin Whitney and Lauren Duca, two Huffington Post Entertainment writers who are also women, tried their very hardest to figure out why.

Lauren: Hey, Erin! So, I was just giving myself a pedicure while eating Special K with estrogen-infused soy milk and I saw this article by Kyle Smith saying women can't understand "Goodfellas." Can I tell you, I almost spit up my morning Midol at the thought. Are we really "irrelevant" to the "Goodfellas" fantasy??? Is there a way we can be relevant to it?

Erin: I'm so glad you asked, Lauren. When I woke up this morning to check my Cosmo horoscope, that headline showed up in my TweetDeck right next to my Favorite Feminists group column. Before even reading the post, I burst into tears. How could I not have known that after all these years of loving the Scorsese classic, I was fooling myself all along? I immediately threw my "Godfather" Blu-ray box set in the trash of overflowing tissues; I clearly just watched those to fuel the anti-violence protest rallies I go to after Wednesday book club. What do we do? Do you want to bring over a couple pints and consult Carrie Bradshaw for advice? My whole world is changing.

Lauren: Wow, by "pints" I hope you mean "pinot," Erin. Just think of the calories. But yes, we need to do some serious thinking about what this inability to understand "Goodfellas" means for us. I feel totally blindsided, like I just found out my lipgloss is tested on baby bunnies or that Splenda is a carb. Where should we start? Do you think the problem is, as Kyle Smith says, that women are the "sensitivity police"? Could that be what my bitch therapist meant when she said I had a tendency to be "stubborn and unyielding"?

Erin: I mean, my mother raised me to actively protest violence and bad language and to always let the men do the heavy-lifting and heroic gun-toting. Perhaps what Smith was trying to get at is that all the fumes from baking pies for decades has made the female brain incapable of understanding any and all art that doesn't strictly depict women, I mean 99 percent of art. Or perhaps all the eyeliner has simply blinded us from appreciating anything outside of "27 Dresses" and "Real Housewives." Because, after all, who are we kidding to think that in 2015 film and television could have diverse representations of gender and minority identities, and even if so, that we could actually understand them? Maybe we should apologize to Mr. Smith for invading his love of "Goodfellas"? Cis white males have it tough enough as is.

Lauren: Ugh, smack me in the face with a Williams-Sonoma spatula! You are so right. We get that 1 percent of art and we can't just be satisfied with it. You know, the cis white males let us have "Sex and the City," "The View" and the entire Lifetime channel and still we want more? I never realized it until literally right this second, but hetero-social activities like the "ball-busting" Smith describes are just not for us to see. How foolish were we to think women could move outside of the archaic gender norms prescribed for their behavior? God, I feel dumber than when I thought a third wave feminist reading could be applied to "Pretty Woman." I do have to ask, though ... is there any way for us to understand "Goodfellas"? Do you think we could be capable of liking it if we changed gender??

Erin: Hold on, let me pause "He's Just Not That Into You" and put the rest of the cookie dough back in the fridge.

Okay, I'm ready for some real talk, teeth out, fists up. Let's pick apart Smith's one-layered (is there even one layer of anything here?) argument to figure out how in the world anyone besides men are able to justify liking "Goodfellas," since now that's something apparently needing justification.

It's too bad Smith has such an archaic perception of gender. Since he doesn't take it upon himself to define what exactly one must be to understand the film -- are we talking about individuals whose biological sex is male, or those who identify as the male gender, keeping in mind here that yes, gender and sex are two very different things -- we'll have to assume. With this lack of description, we'll have to guess that Smith means cis males, thus proclaiming that every other identity, cis women, trans women, trans men, intersex individuals, genderqueer individuals and every identity outside and in between the spectrum of male and female, all have no possible way of understanding a simple movie. Smith asserts himself as the top knowledgable source simply because of a Y chromosome, assuming that appreciations and recognitions of art are limited to one's biological sex. As someone who identifies as genderqueer (and for purposes of the tongue-in-cheek fun of this article, I have embraced my feminine side to highlight the idiocy of Smith's "argument") not only is his stance highly offensive, but shockingly self-righteous. It's almost just as absurd to even attempt to point out the many problems of it. Not only does it assume one's capabilities to grasp/identify with/generally enjoy basic storytelling and filmmaking concepts depend on their sex, but it inserts a repulsive level of misogynistic hierarchy into film and pop culture journalism. Should only Kyle Smith and white cis straight men review movies about those types of people (which as we've said above, is like, all movies usually)? Should film and TV be segregated -- women-only movie theaters for the dumb women who "police" non-feminine content! I feel like I'm shouting the obvious, but come on.

Lauren: Oh, thank God we're done with the sarcastic part of this article. My tongue poked right through my cheek.

AMEN to all of that, every last word. There is just so much he assumes is automatic to being born with a penis. When are we going to get past this absurd idea that the thing between our legs determines our perspective of the world? And, by God, what half-formed, 1950s line of reasoning charts All Men and All Women in two distinct categories in terms of all preferences and lifestyle choices? Never mind the fact that "Goodfellas" is really, as one of the commenters Kelley Youman put it, about relationships. Even if it wasn't, though. Even if it was titled "Ode To Gangster Ball-Busting" that wouldn't exclude women from liking or understanding it.

Of course, Smith has been called “America’s most cantankerous film critic” by The Atlantic. The palpable reality that he is probably just trying to piss us off is more obvious than the door symbolism in Season 5 of "Mad Men," BUT I AM STILL SO PISSED OFF. The thing is, this is a disgusting, obvious, obnoxious bout of sexism. It's almost too easy to call out, like taking aim at a piñata shaped like Bill O'Reilly. What's really upsetting is that Smith's sort of thinking pervades the way many people (and, let's be real, probably most Post readers ...) think about the grossly limiting gender divide. That someone could write this and another person could publish it shows it's all, somehow, still acceptable.

Erin: I feel you, on every. single. level. Smith's post is definitely catering to, and likely in accordance with, a specific type of reader (*cough* men). Look at the follow-up article the Post published earlier today with the headline "Whoa, People Are Pissed At Kyle Smith Over His 'Goodfellas' Thing." Um, ya think?! Even worse, that post, which is merely a collection of reactions on Twitter, was written by the Post's Lindsay Putnam who describes herself as a "Passionate Feminist" in her Twitter bio. I obviously don't know if this was a story Putnam herself pitched, but I can't help but ask why and how a writer who identifies as a woman (I assume) could cover such a story with zero opinion on the matter. But then again, I don't know the editorial process over there, so maybe she wasn't able to inject her thoughts, or maybe she doesn't have any.

Regardless, the fact that this is something that can be published at a time when film and television have come significantly far in diverse portrayals of identities, with diverse women behind the camera, and even when we're placing films against the Bechdel Test, is astounding. Maybe we should stop fanning the flames of Smith's preposterous words any further. But hey, for as long as Henry Hill could remember, he wanted to be a gangster. And for as long as I remember, I liked all the movies that "boys" were supposed to like, and I couldn't care less what that has to do with what's between my legs, your legs, or anyone's legs. "Goodfellas" is an incredible movie. Gender isn't a requirement to realize that. 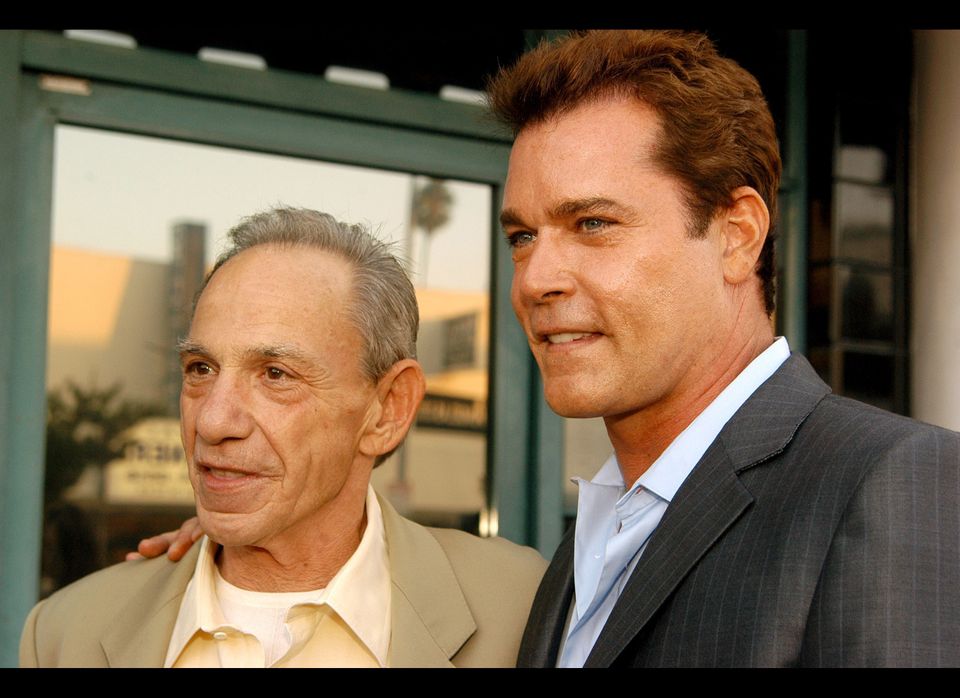