New York City could become the first big U.S. city to budget its climate-changing emissions like its finances, cribbing a model the Norwegian capital of Oslo pioneered three years ago.

The plan is laid out in a new bill set to be introduced Wednesday morning in the City Council.

HuffPost obtained a draft of the legislation, which proposes to amend the city’s administrative code to require the mayor’s office to set an emissions budget and allot a limited volume of greenhouse gases to each agency and city-funded nonprofit. The budgets would be evaluated at the end of every fiscal year.

“This raises the urgency at every level of government and makes clear what stakes we’re playing for,” Councilman Costa Constantinides, a Queens Democrat and the legislature’s top climate champion, said by phone. “If we don’t deal with the climate crisis, our communities won’t exist anymore.”

Buildings, wastewater treatment and vehicles make up the bulk of the New York City government’s emissions, which fell 29% in the decade after 2007, according to data from the mayor’s Office of Sustainability.

But as scientific projections for global warming grow more dire, particularly for sprawling coastal metropoles like New York, calls for new policies to cut emissions and adapt to a more violent environment are mounting. With the emergence of the Green New Deal, a framework for a radical industrial plan to eliminate most emissions over a decade, the climate movement is increasingly animating the Democratic Party, which controls much of New York City.

The climate budget bill, Constantinides said, would force city agencies to “think about these things on a yearly basis.”

“It’s not in the abstract,” he said. “Every single year they’re going to have to have these conversations. It’ll be a constant reminder of the need to protect our communities.”

In April, the city enacted the Climate Mobilization Act, which activists dubbed New York’s own version of a Green New Deal. The sweeping bill required landlords of buildings larger than 25,000 square feet to slash emissions 40% by 2030, and added new incentives to construct more rooftop solar and wind power systems.

The legislation, which Constantinides authored, was part of a wave of bills he hopes the council will pass over the next year. In June, he proposed a trio of bills to replace the infamous jail complex on Rikers Island with a solar farm and wastewater treatment plant. Another bill, introduced in February, proposes creating a whole new agency called the Department of Sustainability to spearhead the city’s decarbonization effort.

That proposal has stalled in the legislative process, but Constantinides said he was “working to make it happen.” The Department of Sustainability isn’t mentioned in the latest bill, but such an agency could play a key role in overseeing the climate budget.

Between 2016 and 2020, Oslo projects emissions to fall by 460,000 metric tons compared to 2015 levels as a result of policies the city passed under its 2017 budget, according to a European Union report. That’s in part due to the coordination of the Oslo Agency for Climate, a department established in 2016 under the same law that enacted the budgeting system.

The New York bill’s prospects are unclear. But Council Speaker Corey Johnson, a Democrat, was a major force behind the Climate Mobilization Act and is now exploring a run for mayor in 2021. Mayor Bill de Blasio touted ― and, at times, inflated ― his efforts to cut the city’s emissions during his failed run for the Democratic presidential nomination. Both Johnson and the mayor said they’d “review the legislation” once it’s introduced. 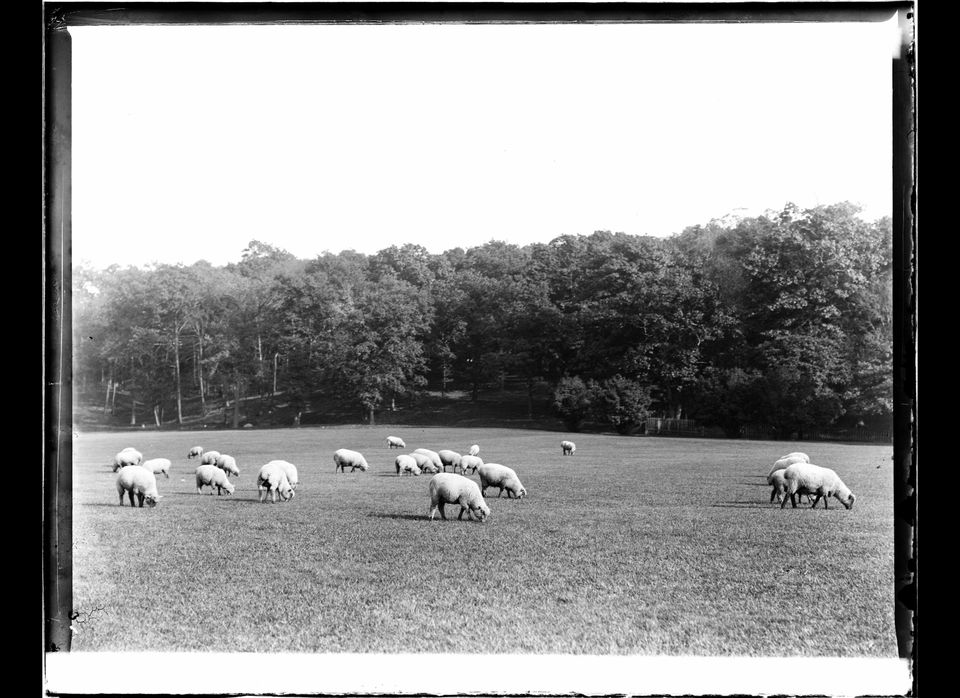 1 / 15
Prospect Park
<a href="http://collections.mcny.org/MCNY/C.aspx?VP3=CMS3&VF=MNY_HomePage#/ViewBox_VPage&VBID=24UP1OLGMIXT&IT=ZoomImageTemplate01_VForm&IID=2F3XC5U0NQIT&PN=5&CT=Lightbox" target="_hplink">Sheep in Prospect Park, ca. 1870-1910, Robert L. Bracklow, from the collections of the Museum of the City of New York. </a> In 1922, Park Commissioner John Harman bought a herd of Southdown pure bred sheep for Prospect Park. The park already had a herd of Southdowns, but they were not registered and so breeding them was not as profitable. It was not uncommon to find livestock on park land; the sheep from Sheep Meadow in Central Park were relocated to Prospect Park in 1934.