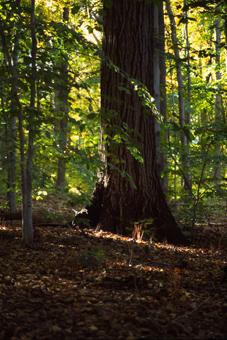 Looking forward to the release of PlaNYC 2.0 and what will hopefully be the Five-Borough Year of Biodiversity, what is nature in NYC? Urban ecology. The study of urban ecology is a recent development. For decades, ecologists defined nature as the pristine green spaces far from people. True ecological observation could only occur away from human intervention, in the "wilderness." It was universally held that cities were unnatural consortia of weeds, pigeons and rats.

This perspective has changed within the last 25 years. Ecologists have begun to do their field studies closer to home. In the process, they have discovered that nature survives, and even thrives, in the city limits, with a surprising variety of native plants and animals. As formerly open spaces are devoured by development, understanding and protecting urban ecosystems is crucial to our environmental future.

Additionally, studies done in "pristine" nature show that the concept of "wilderness" has been rendered an anachronism. All areas of the globe now bear the mark of humanity's existence, even places as remote as the South Pole (ozone hole), or as untrammeled as Alaska (elevated levels of mercury in wildlife).

This warrants deeper consideration. Most people would consider dramatic disturbances, such as hurricanes, to be responsible for the destruction of natural areas. In fact, the opposite is true. Such storm events may have little long-term effect, whereas subtle, human-induced changes permanently alter nature. Ecology in urban natural areas is marred by disturbances from current and historical land uses. For example, in a recent study, forest that had been farmed by the Romans was compared with forest that had never been in cultivation. Thousands of years later, the former farms still have not recovered, sustaining more weedy plants and lower quality soils. 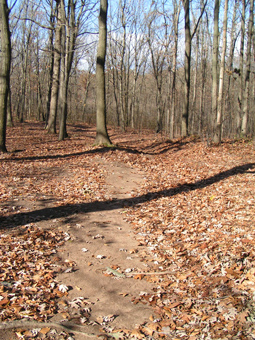 Lack of plants underfoot due to use of mountainbikes and ATVs. Mineral soils are exposed, with the humus/seed bank layer gone. The only way to restore the area is through intensive measures such as plantings.

• Increased use by humans. Given the dense population of people per park, our natural areas show signs of wear and tear - mountain bike tire ruts, charred stumps from arson, strewn litter, bare, unvegetated patches, exposed mineral soil. In Central Park, greater than 25% of the forested areas were bare ground, caused by pedestrians and cyclists. More than 2 1/2 miles of illegal bike trails were created in the North Woods section in one season.

• More exotics, more of the time. Seeds transported by tires or carried by birds from landscape plantings mean proportionally many more alien species in urban that rural areas. And these non-native plants dominate these patches. In Chicago, one-third of all plants are exotic. About 150 species are so invasive, they are in 95% of the parks.

• Replacing forests and fields with buildings and roads increases the amount of land impenetrable to precipitation. This "impervious cover" directs water offsite, unable to percolate into the ground as groundwater recharge. Brimming with pollutants, this overflow water has high volume and runoff rates, which create erosion gullies. This process, replayed over and over in urban areas, is especially deleterious to our wetlands, home to many of the city's most imperiled plants. 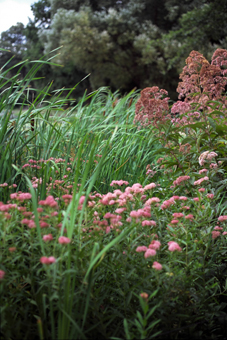 Urban wetlands, such as this one, are under duress, due to increased runoff from paved areas and higher pollutant content in that surface water.

• Urban wetlands are characterized by overall drier conditions, reduced nitrogen cycling and higher levels of pollutants than those in less developed watersheds.

• Poor air quality. High levels of air pollutants are responsible for more human deaths each year than car accidents or guns. Plants don't like it either, because smog, acid rain, et al. increases infections, diseases and the likelihood of death. (Although stationery sites like factories shoulder all the bad PR, the source of these pollutants is mobile - our cars).

• Urban Heat Island Effect. Trees and shrubs cool the air through shade and evaporation. Replacing them with roads and buildings, which release stored heat at night, makes for warmer evenings and increased A/C use. This extra heat (5-8 F) creates more rain and thunderstorms. Everywhere we go, we always take the weather with us.