According to the medical examiner who performed his autopsy, Eric Garner’s death could be partially attributed to the chokehold in which he was placed by Officer Daniel Pantaleo, as well as to the pressure applied to Garner's chest. Chokeholds were banned by the New York City Police Department in 1993, although the tactic is not prohibited by New York City law -- or at least not yet (a bill has been introduced in the New York City Council that would make chokeholds illegal).

Some law enforcement experts argue that the chokehold is safe when done properly, and can be useful in subduing an assailant. Applied incorrectly or to a person who is under the influence of drugs or has a medical condition, however, and neck restraints can quickly become dangerous. Garner, for example, had asthma, heart disease and was obese, which the medical examiner said all were factors in his death.

Despite being prohibited by the NYPD, chokeholds are still used by police throughout the city. The 1993 ban prohibits officers from applying any pressure to the neck, but a report from the New York City Civilian Complaint Review Board found that judges in internal trial proceedings have weakened the definition of a chokehold, narrowing the definition to a hold that restricts breathing. 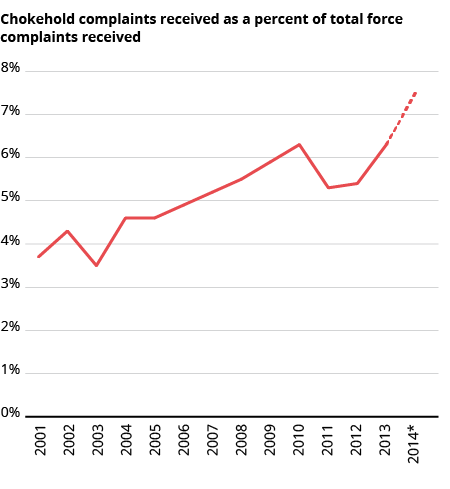 In the last five years, complaints that an officer used the banned restraint have been concentrated in primarily black neighborhoods. The CCRB says it "is not in a position to further explain how these factors could be determinant," but their report recommends a task force or study group be created to look specifically at information from precincts with a higher number of chokehold complaints.

Pantaleo had been on the force for eight years when he put Garner in a chokehold -- the average length of time an officer has served when involved in a chokehold complaint is 7.9 years. The data indicate officers who are less experienced and male are more likely to be involved in excessive force complaints. 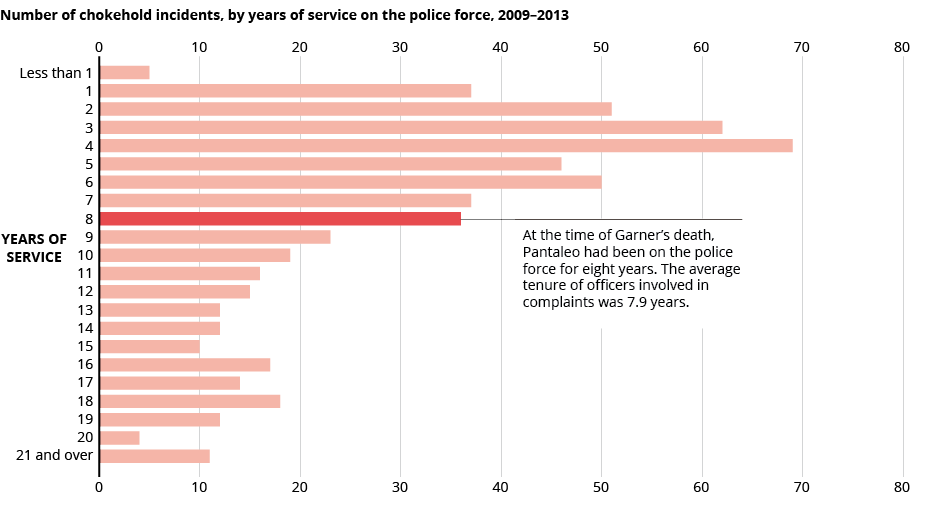 How A Chokehold Works 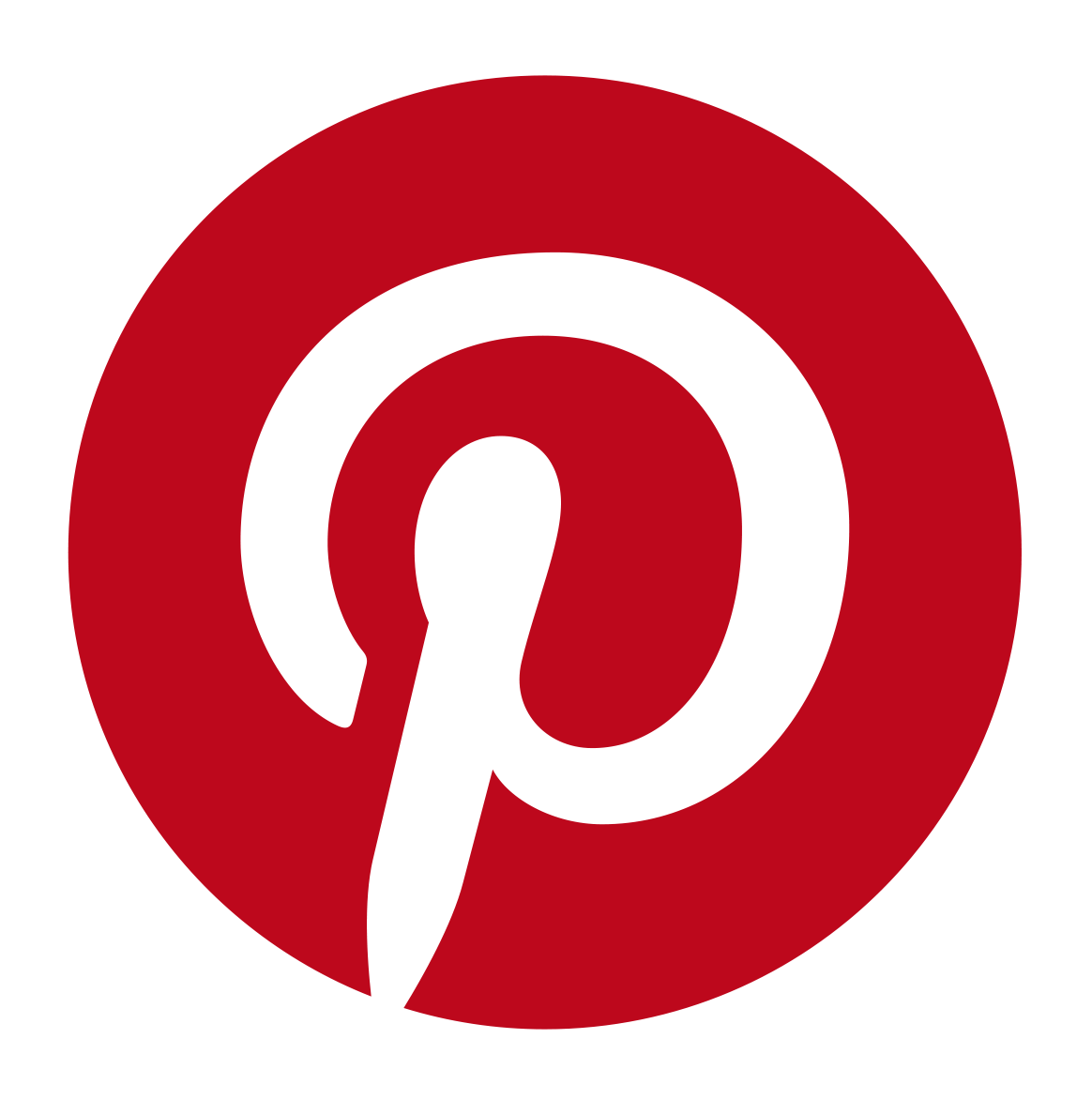