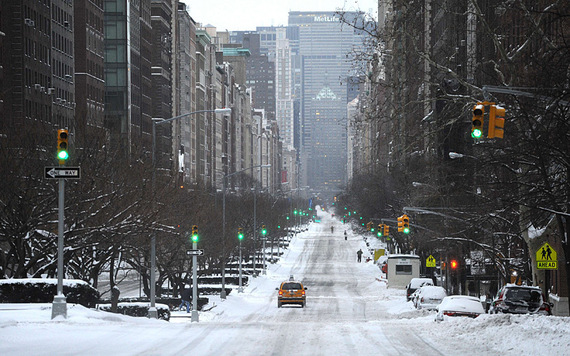 In recent years (and days following Winter Storm Juno), New York City has been opened to the potential impacts storms can have on the safety of the city. While immediate precautions taken at a citywide level include temporarily shutting down the MTA and banning vehicles from the roads, existing real estate structures within the city can still be at risk without sufficient advanced planning.

After seeing the destruction caused by Hurricane Sandy, developers around the city have taken these natural occurrences and their potential damages into careful consideration when designing a new structure.

For example, a proposal for removable flood barriers to be placed outside of the Verizon Building at 140 West Street, which is currently being converted into condos by developer Ben Shaoul, was presented to Manhattan's Community Board 1 in early January 2015. The building's proximity to the Hudson River makes it especially vulnerable to floods during such storms.

One proposal aims to prevent enormous surges of water from even hitting land during times of high tide.

Pier55 -- known as the Hudson River's floating park -- is a more "natural" flood protectant proposed to be located atop Pier 54. Designed by architect Thomas Heatherwick, the park would extend approximately 180 feet from Manhattan and be sloped at an angle to act as the flood barrier.

It is becoming more evident that New York is no exception to natural weather adversities, so these precautions are more than necessary to ensure the safety of New Yorkers as well as of our real estate.