Sixty years after the Supreme Court's Brown v. Board of Education decision officially ended racially segregated schooling and set off a wave school bussing in an effort to diversify U.S. education systems,studies show that schools in the South are on their way to returning to pre-Brown segregation levels, and that schools in the Northeast are more segregated than they were in the years immediately following Brown.

Nowhere is this school segregation as pronounced as it is in New York state, which “had the highest concentration in intensely-segregated public schools” in 2009, according to a recent report from UCLA's Civil Rights Project. The report notes that intense segregation in New York City schools heavily influences this ranking, as the city is “home to the largest and one of the most segregated public school systems in the nation.” Unfortunately, this fact means that the city’s minority students often attend some of the city’s lowest-performing schools.

Two maps put together by research engine FindTheBest display some of the implications of New York City’s school segregation. As shown in the maps, the areas with the highest concentration of black and Latino students, often have the lowest-rated public schools. 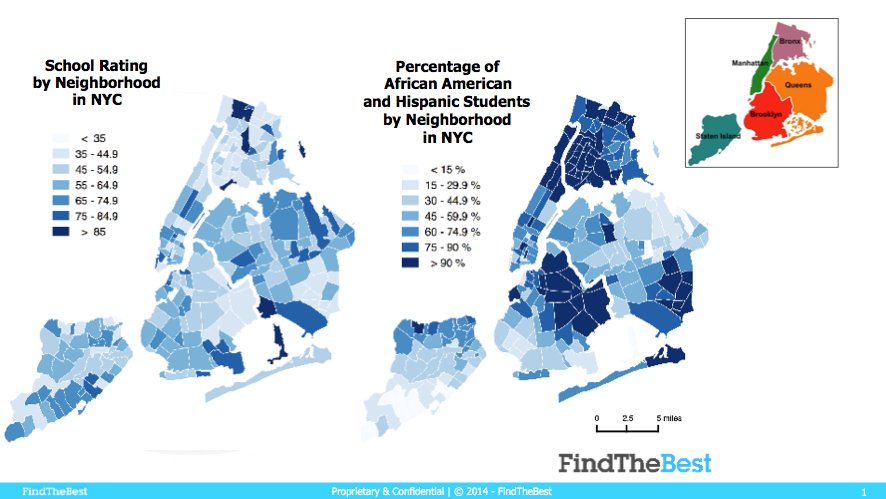