Were I to list the most important, as well as influential, restaurateurs of the past 30 years, Drew Nieporent's name would be pretty close to the top. The man is a born host, gregarious, scrappy, gossipy and very serious about his food and wine.

I might as easily hail Nieporent for his charity work as for his restaurants--raising $1 million for the Windows of Hope Family Relief Fund, benefit dinners for Citymeals-on-Wheels, and much more that have earned him the Humanitarian of the Year Award in 2000 from the James Beard Foundation. But in the world of gastronomy, Nieporent--whom I'll call Drew from here on--and his Myriad Restaurant Group are counted as one of the most innovative in the industry.

It all really began with a restaurant called Montrachet, which opened three decades ago on an unlighted, cobblestone street in TriBeCa with more cracks than surface, back then a no man's land not so much because it was dangerous but because it was nowhere. What Drew did with Montrachet, with a loan from his mother and the talents of his first chef David Bouley, was to throw lights on West Broadway by opening up a moderately priced French restaurant that won immediate media acclaim and became one of the must-go places that influenced so many to follow.

Myriad went on to open the first Nobu, then more of them, and TriBeCa Grill is still counted among New York's most iconic restaurants. There were some missteps along the way, overexpansion in obscure locations like Telluride, and some catty feuds with his chefs.

As crowds waned at Montrachet, Drew re-invented it as Corton, also much praised for chef Paul Liebrandt's highly creative cuisine but too cerebral for too many people. So Drew closed it again, and, with partner John Winterman, re-opened as Batard (all the restaurant's names have referred to Burgundy), with Austrian-born Markus Glocker, formerly chef de cuisine at NYC's Gordon Ramsay at The London, as well as Charlie Trotter's in Chicago and Restaurant Steirereck in Vienna. The crowds are again building. 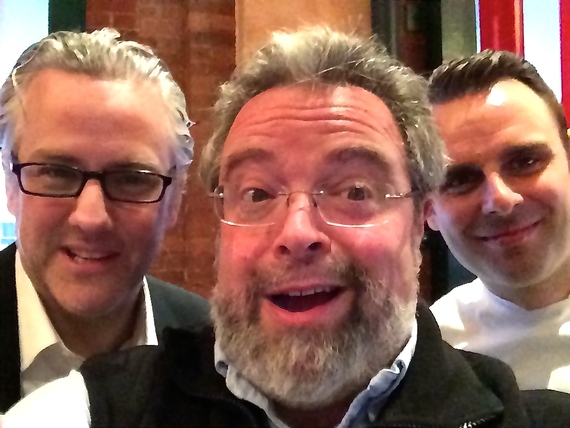 Not too much has been done to the premises (above), although several tables--and all the tablecloths--have been removed. The minimalist, unadorned bas-relief walls have a golden shimmer and the lighting is excellent. I'd only love to have a small pot of highly colorful flowers on the naked tables. And it's loud (that is under current consideration).

What's also changed, to everyone's delight, are the prices, now a very reasonable $55 for two courses, $65 for three and $75 for four. (By comparison to restaurants in Batard's league, the main courses alone at Gotham Bar & Grill run $36-$52; at Gramercy Tavern the three-course menu is $92; at Dovetail, four courses run $88.) And while the wine list has been whittled down a bit, it's still formidable and very well priced, especially for some Burgundies they've had a for a long while that you won't find easily at these prices.

With my party of four, I ranged over a menu of just the right size--eight starters, seven main courses, plus a couple of specials--from a lovely chilled pea soup with unexpected and delicious slivers of fluke, braised shallots and salsify crumble to Octopus pastrami with braised ham hock, Pommery mustard and new potatoes, which shows off a bit of Glocker's Austrian heritage. Lobster was perfectly cooked, served with green asparagus, zucchini blossom, and citrus rind, while Parmesan-drenched risotto was properly tender, perked up with pickled sunchokes, garbanzo beans and lovage. 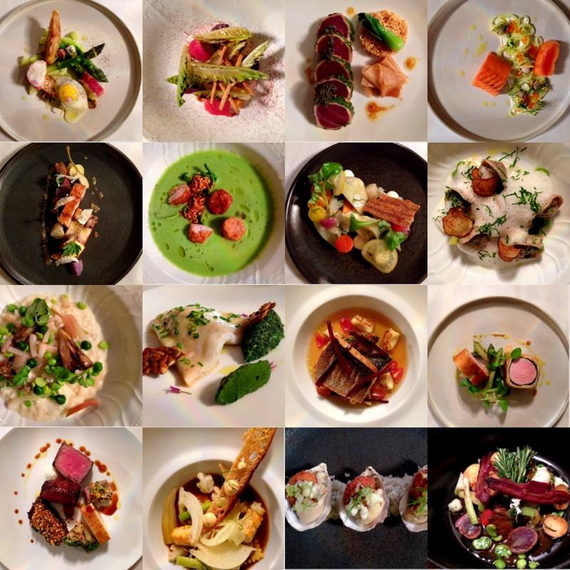 For your third course you must decide between a superb selection of perfectly ripe cheeses or four desserts, all of them very good, from Key lime pie with a buckwheat crust, cilantro and herbal ice cream to a caramelized milk bread with fennel yogurt, strawberries and brown butter ice cream. The banality of all those dense Black Forest cakes of the past is here redeemed with a rich, moist chocolate sablée, kirsch chantilly, Bing cherries.

If the restaurant at 239 West Broadway needed redemption, Drew Nieporent certainly hasn't. He remains not just vital to New York's restaurant scene but at this point has achieved the station of an elder who still has much to tell those flailing about in mere novelty about the true excellence in maturity.