A recent 60 Minutes interview with Police Commissioner Ray Kelly portrayed a robust and healthy NYPD, larger than the FBI and capable of shooting down aircraft.

What it didn't portray, however, was an NYPD plagued with scandals, controversies, lawsuits and some very bad press— all of which has contributed to seriously low morale among rank-and-file cops.

A veteran Bronx officer told The New York Daily News, "The morale in the whole department is in the crapper," adding, "You can't be a police officer no more. You're a robot. You're under the microscope. You're under video surveillance. We feel like the perpetrators now, the way we're being displayed."

And while most police officers are heroes, risking their lives to save the lives of strangers, the 'microscope's widened gaze has also exposed a handful who live in a darker underbelly. 2011's seen officers accused of rape, making false arrests, exchanging drugs for sex, slapping dogs, and illegally trafficking guns, among other alarming accusations.

Here's a look at a rough year for New York's finest. 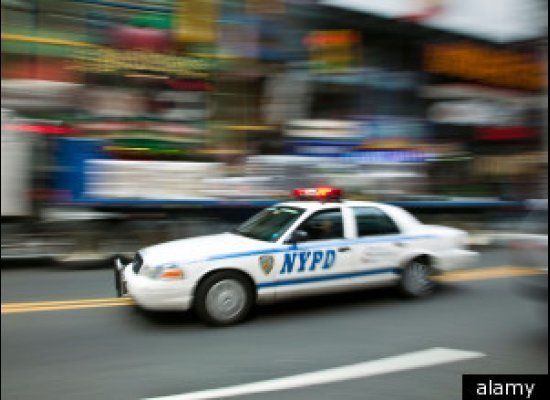 1 / 19
4 Officers Investigated For Drinking On Job
4 NYPD officers are being accused of <a href="https://www.huffpost.com/entry/4-nypd-detectives-under-investigation-for-drinking-on-the-job-sex-assault_n_1303937?ref=nypd-scandals" target="_hplink">drinking on the job </a>at a restaurant in Washington Heights. To make matters worse, a waitress at the restaurant claims she fell asleep and woke up to one of the detectives inappropriately touching her. She also says she witnessed an exchange of large amounts of money.