NEW YORK -- It took two hours during Monday’s packed City Council hearing with NYPD Commissioner William Bratton for someone to mention “broken windows.” It was council member Robert Cornegy (D-Brooklyn) who finally broached the subject, calling the controversial policing strategy the “5,000-pound elephant in the room.”

Cornegy made the remark while questioning Bratton about the NYPD’s continued crackdown on subway dancers, a classic example of the policing theory that holds that targeting low-level offenses helps curb more serious crime.

“I’m extremely concerned that too many New Yorkers just doing what they do to get by in these tough times are being charged with crimes even when their activities are classified as violations and not misdemeanors,” Cornegy told Bratton, adding that the crackdown could amount to “the over-criminalizing of New Yorkers participating” in an “informal economy.”

Bratton, who championed broken windows policing during an earlier stint as NYPD commissioner in the ‘90s, responded sternly that subway cars are “not for dancing” and that the performers are a danger to passengers.

To the disappointment of many in the audience, this brief exchange, and a couple short discussions later in the hearing, were the closest New York has come to a formal, public debate on broken windows. Monday’s hearing instead centered around Bratton’s new plan to retrain 20,000 NYPD officers every year. The retraining, which would cost $25 million to $30 million a year, would focus on defusing conflicts with uncooperative suspects, the proper use of force, and using summonses and warnings as alternatives to arrest.

The changes stem from the death of Eric Garner this summer. Garner, a black 43-year-old father of six, died after a white NYPD officer, Daniel Pantaleo, put him into a banned chokehold during an arrest in Staten Island for selling untaxed cigarettes. A viral video shows Garner screaming “I can’t breathe!” numerous times before his body goes limp. A medical examiner ruled his death homicide.

The death spurred intense criticism of broken windows, with critics arguing that there’s no evidence to support its effectiveness in preventing serious crime. A NY Daily News analysis showed the dramatic racial disparities in how low-level crimes are enforced in New York.

“There was no real need to arrest Mr. Garner or to use the level of force that we all saw on the video tape,” Alex Vitale, a sociology professor at Brooklyn College, said in a statement submitted to the council Monday. “A civilian inspector could just as easily come and issued a citation. For those who think arrest is a better solution I will point out that Mr. Garner was arrested dozens of previous times and it seems to have had no positive impact on his behavior or life circumstances.”

There are “civilian alternatives to relying on police work” for enforcing low-level crimes, Vitale added, that “are much cheaper to implement, more effective, and less likely to have long term negative consequences for those who are currently arrested and ticketed.”

Daneil Loehr, an investigator with legal group the Bronx Defenders, spoke during “public comment” portion of Monday’s hearing, after all but two city council members and most reporters had left.

Josmar Trujillo, of New Yorkers Against Bratton, told HuffPost he was disappointed at the “softball questions” many council members posed to Bratton. 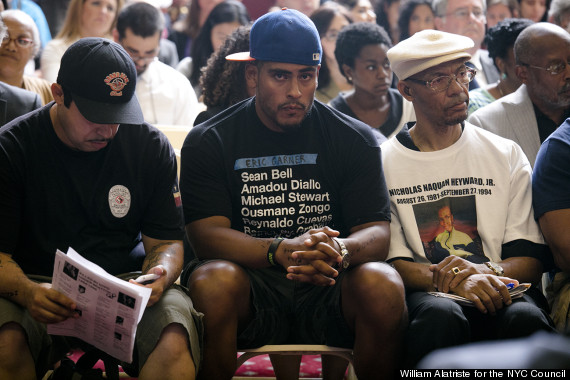 He said the call for training, although a “politically savvy” response to Garner’s death, does little to address the “fundamental” problems with broken windows. The council, Trujillo added, needs a hearing on broken windows “immediately.”

Since Garner’s death, a handful of council members and other New York lawmakers have publicly criticized broken windows. After Monday’s hearing, council Speaker Melissa Mark-Viverito told reporters that the policing strategy “would be something that we would want to cover possibly in a subsequent hearing.” 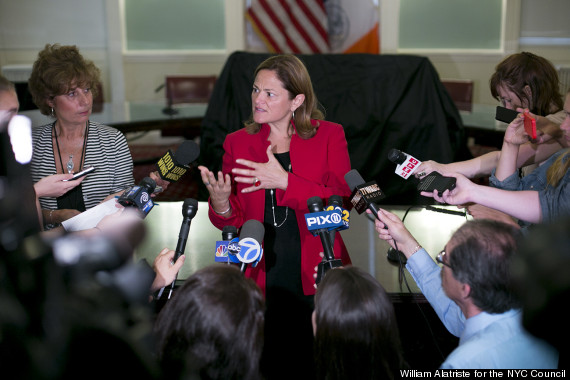 But even if the council were to reform the NYPD’s embrace of broken windows, it’s unclear whether Mayor Bill de Blasio would support such a move. Despite coming into office this year with a promise to end stop and frisk, and to improve the NYPD’s relationship with communities of color, de Blasio has thus far been steadfast in his support of Bratton’s use of broken windows.