"This video is a Dramatization of previous events that occurred with us in our tradition clothing while filming in NYC,” they wrote in an updated description of their video. “This video is not against the NYPD, it's just an example of what we have to go through sometimes when filming in NYC. This is to raise awareness for Racial Profiling.”

Saleh and Akbar, who are responsible for the YouTube channel TrueStoryASA, released a video Sunday titled “Racial Profiling Experiment.” In it, they get into a loud argument in front of what looks like a police officer on a street corner. They are wearing jeans and T-shirts, and the officer takes no notice of them. Later, they walk by him wearing keffiyeh scarves and traditional long shirts, and he forces them against a wall and searches them for weapons. Saleh and Akbar initially claimed the video was a real example of an NYPD officer purposefully singling out teens in Muslim American dress to be stopped and frisked.

The video’s original description, as seen in a cached version of the page, read:

We were filming another video for our channel with our cultural clothing but we kept getting followed by Police. So, we decided to film this social experiment on racial profiling. Too many innocent people get stopped and frisked every day because of what they wear or their skin color. We're against people stereotyping others because of what they wear or what skin color they are. Hope you all can spread the message and help bring an end to this.

Bill Kanj, the manager of Saleh and Akbar, told HuffPost he had been unaware the video was fake until it was “brought to [his] attention.” Saleh did not respond to a request from HuffPost from comment, and Akbar's Facebook page appears to have been deleted. Moderators for the TrueStoryASA Facebook page also did not respond to requests for comment.

The video was tweeted out by the New York chapter of the Council on American-Islamic Relations on Sunday as an example of discrimination against Muslims. The Huffington Post reported on the clip on Monday, calling it a “small glimpse into the ugly world of racial profiling.” HuffPost later updated the story to note that the video’s authenticity had not yet been verified. An NYPD spokesperson told The Huffington Post Monday that "the video is under internal review."

CAIR is now demanding an apology from Saleh and Akbar. Ibrahim Hooper, CAIR’s national communications director, said their actions were “unacceptable” and potentially damaging to the Muslim community. Hooper said he fears that the next time a Muslim calls in a hate crime, critics will claim he or she is faking it.

“Muslims are already under the microscope, and to do this just to gain some cheap publicity is totally unacceptable,” Hooper told The Huffington Post. “There should be no attempt to justify it; they should just apologize and ask people to forgive them for their irresponsible actions.”

CAIR-New York's director of operations, Sadyia Khalique, told HuffPost that regardless of its authenticity, the video illustrates the very real discrimination that Muslims in New York often face at the hands of the NYPD. Just last week, Khalique said, a Muslim man had reached out to her organization complaining that an officer singled him out at a subway station for wearing a thobe, a long religious gown.

Last year, a U.S. district judge ordered sweeping reforms to the NYPD's controversial stop-and-frisk initiative, ruling that the practice has resulted in discrimination against minorities. Although the number of stops has declined significantly since the ruling, Khalique says Muslims are still at risk of being targeted for stops.

Muslims in New York have come under intense scrutiny and surveillance by the NYPD since Sept. 11. The department has used "mosque crawlers" to monitor sermons and has infiltrated Muslim student groups to gather information about their activities. The methods have sparked widespread criticism from civil rights groups.

In April, the NYPD shuttered the police unit that created databases about Muslim communities and kept logs of where people prayed and shopped. But the police force has defended its continued use of informants to gather information about terror threats.

During his campaign, Mayor Bill de Blasio had promised that he would order a full review of surveillance activity against the Muslim community. But Linda Sarsour, executive director of the Arab-American Association of New York, told Capital New York recently that there is more work to be done.

“There has to be a message that comes forcefully from the administration that says we should not ever spy on an entire community solely based on religion or political ideology," said Sarsour. "They haven’t done that and they need to do that because anything less than that is not going to be helpful.”

This article was updated several times on Oct. 21 in light of the response by HuffPost and other organizations to questions that arose after this article's initial publication Monday regarding the authenticity of the video. The article has been revised throughout to incorporate these updates. 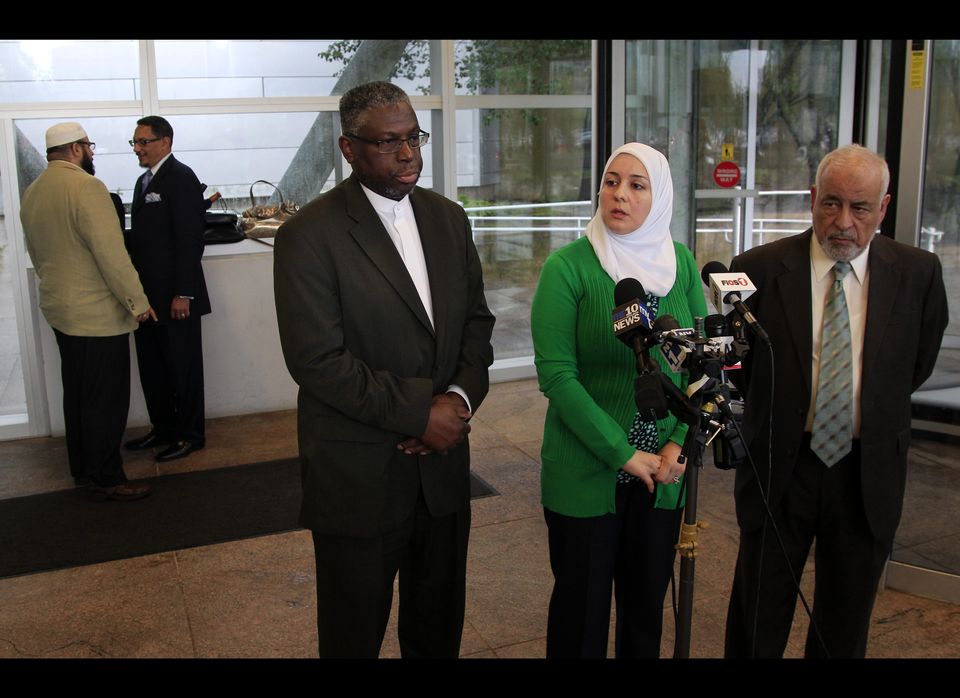