Photos have surfaced of some enthusiastic young women who back former House Speaker Newt Gingrich, and held a sleepover to prove it. The girls are allegedly connected to New York University's College Republicans and posted the photos on Facebook in an album titled "Newt Gingrich Sleepover."

A notable member of the guest list at the slumber party allegedly was Andrea Catsimatidis, who is married to Christopher Cox, the grandson of Richard Nixon. She can be seen at the bottom left of the human pyramid.

Much has been said of Gingrich's "woman problem." The fairer sex prefers both ex-Gov. Mitt Romney (R-Mass.) and President Obama over Gingrich, according to recent polls.

But, if recent pictures are to be believed, all is not lost for Gingrich in his problem demographics.

The photos were originally posted by NYU Local. 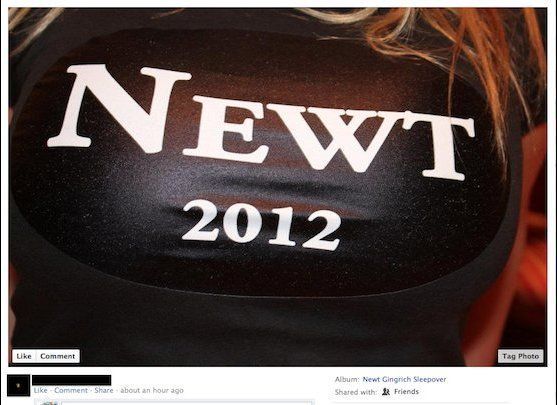