A former professor at NYU has filed a lawsuit against the university, claiming he was fired for giving Hollywood's most notable academic a 'D' in his class.

The New York Post reports Jose Angel Santana has filed a lawsuit against New York University in an effort to get his job back. Santana says he gave James Franco a bad grade because he missed 12 out of 14 'Directing the Actor II' classes, while the actor was pursuing his master's in fine arts.

"The school has bent over backwards to create a Franco-friendly environment, that's for sure," he told the paper. "The university has done everything in its power to curry favor with James Franco."

The former prof's lawsuit claims Franco missed just as many classes in other courses, but other professors still gave him good grades -- alleging it was all part of conspiracy.

After graduation, Franco went on to teach a class at NYU on adapting poetry into short films, and Santana says that in exchange for Franco's good grades, the actor hired one of his other professors, Jay Anania, to write and direct the film "William Vincent," which starred Franco.

His lawsuit also names the graduate film department chairman, John Tintori, for creating a conflict of interest when he made a cameo appearance in the film, which has now been renamed "Shadows & Lies."

In 2010, Franco had actually spoken about the bad grade, telling Showbiz411 that he did the work and he did well in all his other courses, claiming the professor likely felt uncomfortable working with a celebrity.

With the exception of the now infamous photo of Franco fast asleep in class, the actor has been largely left to his studies by both students and faculty.

Last year he began working towards a PhD in English at Yale University and began studying art at the Rhode Island School of Design. In addition to his MFA at NYU, Franco has also attended Brooklyn College for fiction writing, North Carolina's Warren Wilson College for poetry and Columbia university where he received his MFA in creative writing.

A spokesman for NYU did not return the NYP's calls for comment.

Calls made by the Huffington Post to Franco's rep for comment have not been returned at this time.

"We have not seen the lawsuit yet, but the claims we are seeing in the media are ridiculous," said Beckman. "Beyond that, it is regrettable and disappointing to see a faculty member -- former or otherwise -- discuss any student's grades for the purpose of personal publicity."

PHOTO GALLERY
The Scholarly Career Of James Franco(CLONED)
Download
Calling all HuffPost superfans!
Sign up for membership to become a founding member and help shape HuffPost's next chapter
Join HuffPost 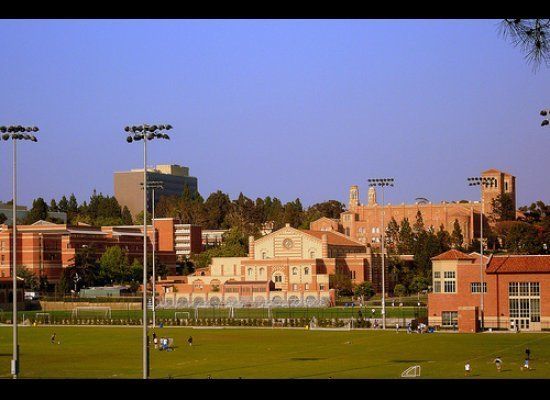 1 / 8
UCLA
Franco first enrolled at UCLA in 1996, but dropped out after his freshman year to act. He re-enrolled in 2006, taking anywhere from <a href="http://magazine.ucla.edu/features/smart_set/" target="_hplink">20-62</a> credits per semester. The regular course load is 19 credits.
Flickr: ideowl