So when one Iowa woman visited her relatives in Lehigh's Oak Grove Cemetery only to find herself stepping onto the set of a horror film -- complete with exposed bones and jutted out caskets -- she felt nothing short of disturbed.

"To me it's just the lowest form of disrespect," Karen Long-Fladeboe, told Des Moines' KCCI-8.

The graveyard's resemblance to "Night Of The Living Dead" is now of public interest, but caretakers have actually known about the erosion problem for at least two years.

In 2009, heavy rains washed away the wall supporting part of the cemetery, leaving misplaced gravestones, bones, and coffins littered along the property.

Burgland says that he and the other trustees "don't want a situation like this," but the protocol for moving the deceased isn't exactly cut and dry. Any relocating of a gravesite requires "cause of death, date of death, and next of kin," according to Burgland. With the cemetery in shambles and many of the headstones worn over the course of a century, finding that information is almost like catching a ghost. 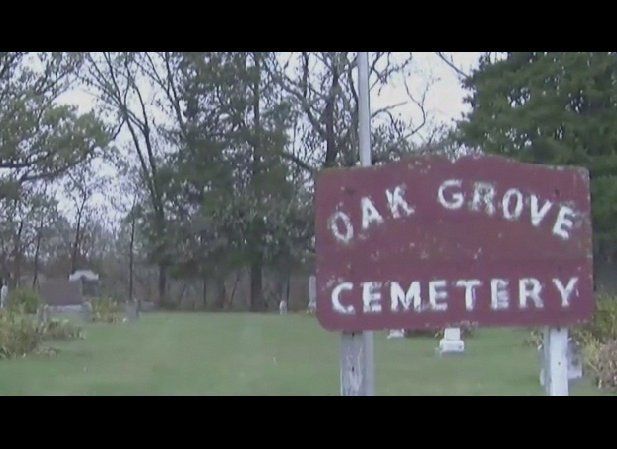