I am running for Oak Park and River Forest District 200 School Board. You can join my campaign on Facebook here. 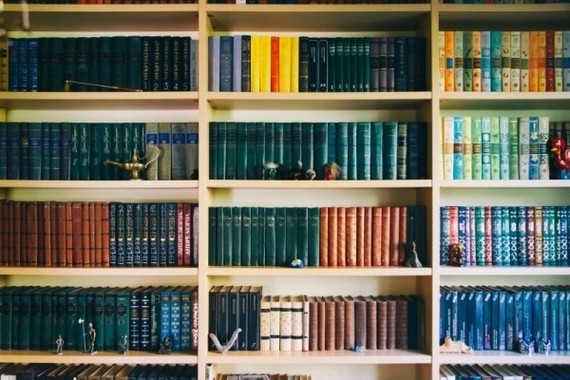 When I first began to formulate my views on the issue of student achievement gaps and equity (or lack thereof) as a candidate rather than a concerned citizen, activist, and father, I knew immediately that what I would have to propose would be difficult, controversial, and perhaps even unpopular, especially among the parents of the white, financially well-off students our education system is designed to benefit.

I was a student at Oak Park and River Forest High School from 2006 to 2010, and from my freshman year, "the achievement gap" was a topic of discussion that virtually all students and teachers were aware of. Research on the topic as a nationwide issue dates back to the 1960's, and Oak Parkers have been struggling with it since at least the 90's.

These facts alone should make it clear to all community members, and especially would-be leaders (like myself), that the solutions we've been trying for decades simply do not work. Demonstrably, a serious attempt to strive for increased equity requires solutions that are, as Michael Romain said of my response in the January 18th Wednesday Journal article "School Board Candidates Riff on Equity," radical.

During the Suburban Unity Alliance's candidate forum about which that article was written, I mentioned that using a word like "equity" is unhelpful because it obscures the causes of the issue.

I would much prefer the word justice. Equity is a banal, opaque word meant to make privileged white people feel comfortable. It implies that this system of inequity has occurred naturally, that it is something to be combated without anybody taking responsibility for it.

Justice, on the other hand, is frightening. If we strive for justice, we are admitting that our current system is unjust, and injustice comes from people.

When I proposed talking about equity as a "debt of education" owed to students of color and other marginalized groups, I was aping a term I heard from Gilman Whiting, a professor at Vanderbilt University and founding chair of the Achievement Gap Institute for the George W. Peabody College of Education. Speaking about a conference his institute held, Professor Whiting readily acknowledged how dangerous it is to use such language: "We use the term achievement gap, and I used it in this conference, for one purpose only. If I called it 'a debt owed to low-income, minority, and other [students] who haven't had opportunity,' no one would show up."

So when a woman named Barbara Bodner replied to my comments in a letter to the editor of the Wednesday Journal, questioning my stance and wondering in a tone of cautious indignation what such an approach would look like in practical terms, I can't say I was surprised.

Bodner offered as an example a marvelous New York Times article by Nikole Hannah-Jones, a middle-class African-American woman who struggled with the decision of whether or not to send her daughter to a low-income, predominantly black public school in Brooklyn even though she and her husband certainly could have afforded "better" options.

Hannah-Jones's article concluded that "true integration, true equality, requires a surrendering of advantage," and this phrase provided Bodner with the title of her letter. She finished with the question, asked in earnest I am sure, "How do we 'surrender advantage'?"

The indignation I sensed when reading Bodner's letter stems, I would stake my life on it, from the implication that white students (or, if you prefer, 'more privileged' students) will have to suffer in order to make up for racial inequity (injustice). It is the old conservative fear that liberals and leftists (like me) want to achieve equality not by raising the lowly, but by striking down the proud.

And unfortunately, I cannot say unequivocally that this idea is unfair. Most liberals would, I imagine. It would be very easy for me to mirror other candidates and politicians both past and present by reassuring Oak Park's white residents with vague platitudes like "a rising tide lifts all ships."

The problem with that metaphor is that it isn't true. A rising tide does not lift sunken ships. 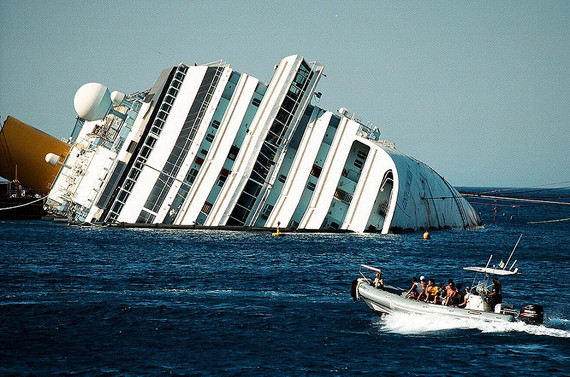 This one's going down no matter what the tide does.

Any political strategist would tell me that it's electoral suicide to speak so strongly and decisively against the "white moderates" that Martin Luther King Jr. castigated in his Letter from a Birmingham Jail as "the Negro's great stumbling block in his stride toward freedom."

But Oak Park is a progressive town, a town whose white residents love to pride themselves on "diversity." A town that, I hope, will prove unafraid to come together in solidarity and radicality to become a leader, not just in Illinois but nationwide, in educational justice.

Here is how we can do that.

With this change comes the recognition that our unjust system is a result of policies put in place by people and that people have the power to reverse those policies. We must recognize that the privilege enjoyed by whites in our society can only exist at the expense of people of color.

That does not mean "blaming" white people individually. White students and parents had no part in creating the institutions of white supremacy; they have existed for centuries. Regardless, white people must recognize that they benefit from white supremacy whether they are personally culpable for its persistence or not.

For example, the United States spends over $300 more per year on white students than students of color. Educational injustice is the result of resources being allocated disproportionately towards white students, and the only way to rectify that is to distribute resources more evenly.

This new approach to talking about equity has implications far beyond just the high school. Research shows that developmental disparities leading to gaps in achievement are evident between racial groups by the age of two. Clearly this means that secondary education can only address the problem so much within the halls of the school itself. Becoming the leader in a new way of facing the issue will help to effect change on all levels.

Granted that a single school cannot hope to accuse the entire system on its own, there are still actions that a high school like OPRF can take to combat injustice at the secondary level, and by working with districts 90 and 97, throughout our community.

One way that I would ask community members to 'surrender advantage' is by refocusing the school's ongoing facilities debate around the need for more academic spaces, especially classrooms. This would be part of a larger agenda of putting academics first when it comes to all spending decisions, something the current board has not always done.

H. Richard Milner, in his book Rac(e)ing to Class, stresses the importance of reducing class sizes for combating the achievement gap, especially for "school-dependent" students (students who rely on school to provide needs that are typically thought of as the domain of home or family life, such as breakfast or access to museums).

So a great example of 'surrendering advantage' would be giving up on an expensive aquatic center that would benefit a small minority of (mostly-white) students in order to spend the money to build new classrooms and hire new teachers in order to reduce class sizes for under-achieving students. The last facilities plan, which was narrowly defeated in November's referendum, only allocated around 17% of its funds towards new educational space.

Another important move that must be undertaken is an effort to "de-track" our school. Tracking is the practice of grouping students into courses of study based on almost totally non-holistic measures of academic ability, such as test scores and grades that focus on benchmarks rather than progression.

When I was a student, I was in advanced placement classes for English and History, and lower-level courses for Math and Science. Even as a teenager with no understanding of educational policy, the racial and economic makeup between these classes (not to mention between all academic classes and Physical Education) were stark and stood out to me as odd and unfair.

Tracking, whether or not it is well-intentioned, is a method of intra-school segregation that harms all students. The fact that when school integration reached its peak in 1988 the achievement gap was at its lowest point since data has been collected (see the New York Times story) is no coincidence.

The negative reaction that some white parents have to the idea of putting their high-achieving students in the same classes as disadvantaged students of color evidences again the passive racism of the white moderate. All good educators know that students learn from each other, both by example and collaboration, as much as from their teachers, and academic tracks deprive disadvantaged students of the opportunity to learn from and collaborate with their more privileged classmates. It also reinforces negative self-imaging, which has been shown to be detrimental to student achievement (Milner).

Worst of all is the implicit (and subconscious) supposition that these privileged white students have themselves nothing to learn from poor students or students of color.

This course of action, coupled with a move towards more teacher and student autonomy, will lead to a more flexible curriculum and more holistic learning. In the long run, our school will be stronger and our students more prepared for college and adulthood, and we will pave the way for nationwide education reform. 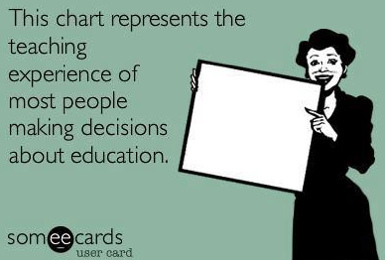 Increasing the influence teachers hold is a crucial step towards educational justice.

Nationwide education reform will become very necessary in the coming years under Betsy DeVos, a billionaire with nothing but disdain for (and a total lack of experience with) public education. Neoliberal education policies enacted under the last two presidential administrations (No Child Left Behind under Bush and Race to the Top under Obama) have turned education into a numbers game and forced schools to compete for federal money, almost always to the detriment of underprivileged students.

This has paved the way for mass school closings like we've seen in Chicago and a rush towards privatization that will further stratify our children along racial and economic lines.

All of these factors mean that closing the achievement gap must become a priority at all levels of government. Because our president and his education secretary care so little for public education, local schools like Oak Park must take the lead.

The only solution is a radical move towards holistic learning and educational justice. As I have stressed throughout this diatribe, doing this will not be easy. Many potential voters were turned off at the word "radical," and many others at the phrase "white privilege."

But the point I led with still very much stands: the approaches we've been trying for decades do not work. Mentorship, while great for some individual students, does very little on its own to address systemic injustice; its main purpose is to make white politicians and administrators feel good about themselves.

If you are tired of having the same conversations year after year and decade after decade; if you are tired of tiny, incremental change that leaves thousands of black and brown students behind; if you are scared of the direction public education is taking and believe that Oak Park should forge a new path that the rest of the country can follow, I urge you to put aside your natural fear of change and join me. Together we can end educational injustice once and for all.

Oak Park and River Forest will elect a new school board on April 4th. Join me on Facebook.