The event served as a means for connecting queer-owned accessory and apparel brands to customer bases of all genders and sexual orientations. At a previous queer fashion event in Los Angeles, Leon Wu, owner of queer-centric Sharpe Suiting, emphasized the power of queer fashion in commerce, stating that Sharpe and companies with a similar mission have already made queer fashion a multi-million dollar industry on crowd-funding alone. But, queer style is not all about dollars and cents. Unlike other fashion week events across the globe, QFW and other queer fashion shows emerging in the U.S. are also about elevating queer style as a social movement. Events such as QFW provide visibility to queer style and a platform to leverage that visibility to facilitate conversations about gender identity, gender expression, intersectionality, and equality. Queer style goes beyond 2015's of-the-moment "tomboy" or "gender-neutral" trends; it is a mainstay that challenges the conventional fashion industry's binary gender norms, racism, ageism, unattainable body standards, ableism, and classism by celebrating the diverse beauty that exists within the LGBTQ community.

I interviewed De La Rosa and Davis to get QFW's insight about queer style and its impact on the fashion industry and mainstream culture.

What is "queer style?"

De La Rosa: I don't think there is a "queer style." I think style is style. What I do think is that queer people, in general, are more likely to design for the masses rather than design for the elite. And to clarify that point, I think we, as queers, learn early on from our communities to be open and respectful of different races, genders, sizes, etc. I think that was reflected in the shows this past weekend at Queer Fashion Week.

Davis: Queers have been the innovators and creators of fashion for decades [but] have never received the proper credit or notoriety for our beautiful creations.

How does queer style differ from being simply a trend, such as the "gender neutral" trend that is currently popular in mainstream fashion?

De La Rosa: The "gender neutral" trend you are seeing now among mainstream designers is not brand new. The LGBTQ community has been rocking that look for decades! And it has taken decades for the mainstream to catch up with us. Imagine how much quicker these trends would come to market if queer designers were at the forefront of the fashion industry alongside their mainstream counterparts.

Davis: Mainstream society has taken in our fashion as a trend because it's what society has accepted now; but our natural identities have stood the test of time and our fashion is reflective of that. Take a look back into the voguing eras and the gay houses that existed. Look at the avant-garde pieces and the gender non-conforming looks. We are and have always been fashion!

De La Rosa: I feel like every time we unapologetically showcase queers, whether it be on the runway, during fashion weeks, via blogs, we reach one more person (or sometimes many people) and are able to show that celebrating difference is the key to everyone's acceptance of themselves and others.

Davis: If we show beauty and visibility in the things we create, people have no choice but to love it. If we hold our heads up high and continue to produce these events despite what society says, they have no choice but to either move out the way or join in on the greatness! We are a force to be reckoned with. Queer folks are sick of not getting our credit and we are here to show that you have loved us even when you didn't think you did.

Conversations around queer style and gender-neutral often lean towards masculine and "tomboy" aesthetics. How is Queer Fashion Week changing this narrative by showcasing femme style?

De La Rosa: I am one of the co-founders of the Femme Collective, which produces the Femme Conference. I co-produced the Femme Conference in 2006 in SF, in 2008 in Chicago, and in 2010 in Oakland, and now sit on the Femme Collective Advisory Board. So you can see femme visibility is very important to me. Again, I don't think there is "femme style." I think there are styles worn and preferred by femmes. We were intentional in choosing designers who were designing in all genres. I recruited some femme heavy hitters in my personal circle, like Vagina Jenkins and Aima Paule (Inner Diva Styles), to showcase at Queer Fashion Week and make sure that femmes were represented. But what they showcased on the runway was entirely up to them. I was pleased that we had several designers designing what is traditionally considered feminine pieces, but I was also pleased to see folks I know who identify as femme rocking out the tomboy styles.

Who are the designers, blogs, and models to watch?

De La Rosa: For me, every designer on our rooster for the inaugural Queer Fashion Week is to be watched. I felt like so many of them felt empowered after the week, excited to continue creating and more determined than ever to succeed. And that is what I want Queer Fashion Week to be for the designers, models, makeup artists, etc.: a place where they can meet each other, network, form long-lasting friendships. We want them to incubate here and then be set loose in the world to reach their goals.

Davis: We came out of this as a family. There are so many different personalities, styles, looks, journeys, stories. Get into QFW! We have nothing but talent emerging from us.

What's on the horizon in queer fashion?

De La Rosa: This year's Queer Fashion Week was so amazingly successful, beyond my wildest dreams, that we have decided it will be a yearly event. It will happen every 3rd weekend of April. We have already announced our dates for next year: April 14th-17th, 2016. We will be adding a few features to the week that we believe will be a value add for folks who attend next year. Having learned so much from our first year, we know that next year will be bigger and better.

Davis: All I have to say is get ready!

Follow QFW here or on Twitter to get updates on next year's event. Can't wait until QFW 2016 or want to attend queer fashion shows in New York City? Follow Jaguar & Company and dapperQ to learn more about their 2015 Rainbow Fashion Week (RFW) and New York Fashion (NYFW) Week events, respectively. (RFW and NYFW are not associated with QFW.) 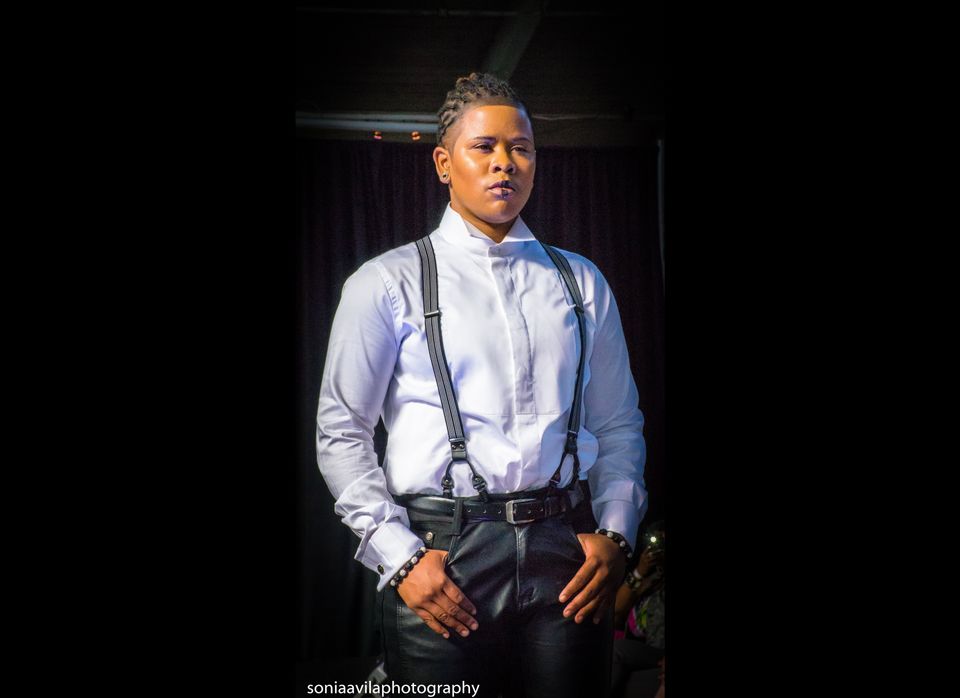