SAN FRANCISCO -- A protest that blocked the Oakland police department's headquarters on Monday morning included people who'd chained themselves to the front of the building and flagpoles.

In a display of defiance, a protester climbed a flagpole and replaced the American flag with a banner that says "Black Lives Matter."

Others from the crowd of more than 200 linked themselves together with black tubes connected to their arms that read, "Silence is violence." Their human chain cut off traffic on Broadway, shutting down the busy downtown street for two blocks, according to an advisory from Oakland police. 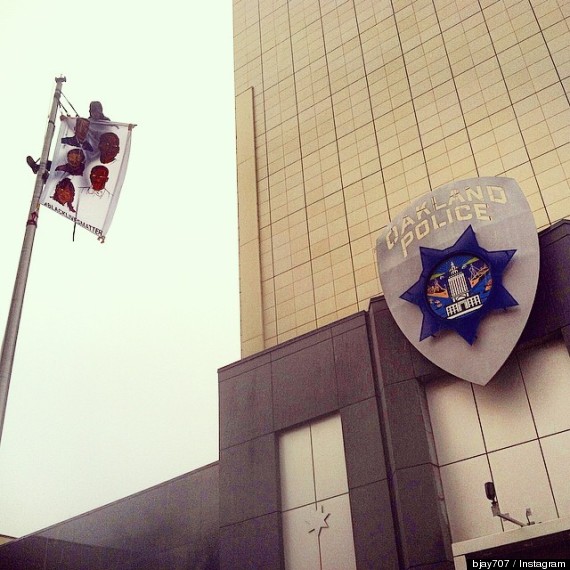 Activist groups like the Black Out Collective and Black Lives Matter organized the demonstration, which began around 7:45 a.m. They planned to block the building for four and a half hours, the approximate amount of time that Michael Brown's body lay in a Ferguson, Missouri street after he was fatally shot by officer Darren Wilson.

An offramp on Interstate 880 was also blocked by another group of people chained together, according to the Alameda Police Department.

The crowd turned out in a rainstorm to keep up public complaints about police officers who've killed unarmed black men in high-profile cases across the country and in the Bay Area. 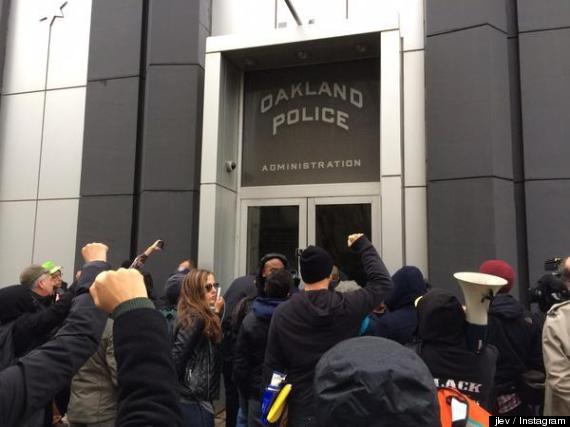 UPDATE: This article has been changed to reflect updated information from the Oakland Police Department.