When it comes to unsolved mysteries and a vague fear of the unknown, few things rival the deep ocean.

Last Friday, the realm of giant squids and undiscovered giant beasts collided with our own sunshine-filled world when an oarfish, estimated to be 20 feet long, washed up on a beach in Mexico.

According to Pisces Sportfishing, beachgoers in Cabo San Lucas found the creature in shallow water near Hacienda Beach, struggling to breathe. Despite the efforts of bystanders, the rarely seen fish perished.

Because the beach is considered a 'Protected Natural Area,' added Pisces, park wardens quickly responded and "unceremoniously" took the oarfish to the open ocean, where it was dumped.

Oarfish, aka ribbonfish, are considered one of the world's longest fish, reaching up to 55 feet and weighing up to 600 pounds. The BBC reported that the fish's extreme proportions, combined with a prominent dorsal fin and undulating swimming motion, could have been the basis for ancient myths of sea-serpents.

The species is thought to live at depths between 700 and 3,000 feet in temperate and tropical waters. 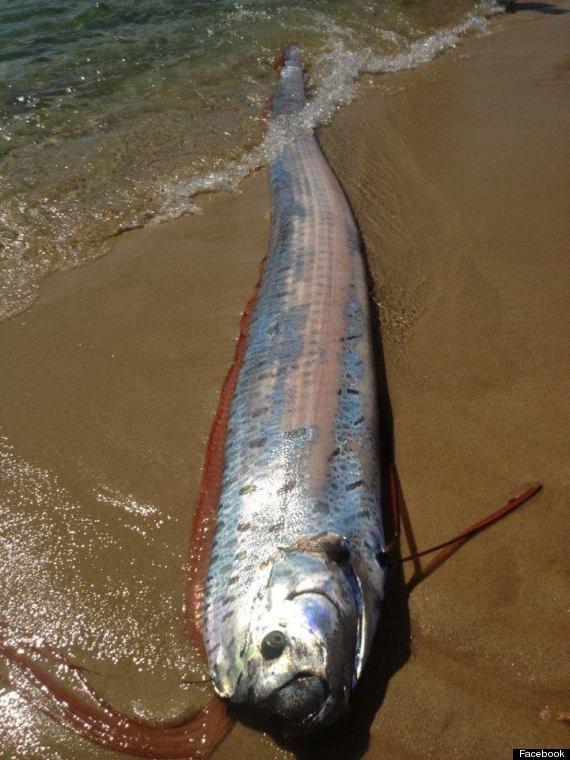