Beachgoers on California's Catalina Island were treated to a rare sight this week: a giant oarfish.

Staffers with the Catalina Island Conservancy discovered the creature on Monday morning and quickly alerted other wildlife groups. It took 16 people to move it to the beach, the Orange County Register reported. 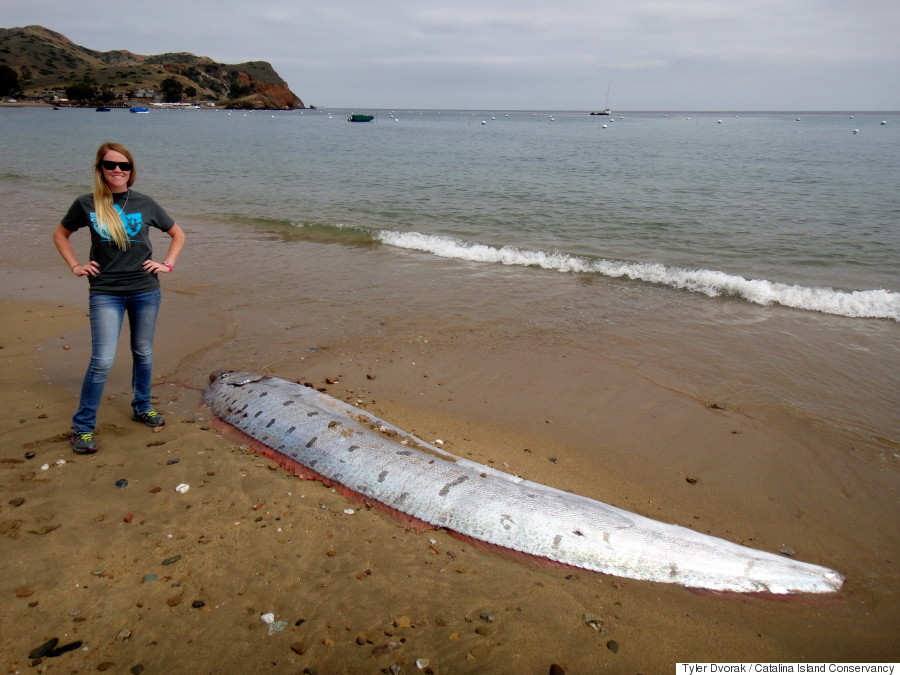 Annie MacAulay, the president and CEO of outdoor and environmental education nonprofit Mountain & Sea Adventures, came to the scene after she heard about the find. She told CNN she estimates it is between 14 and 17 feet long, and it's the first oarfish she's seen in her 20 years living on Catalina.

“It’s very rare,” she told ABC 7. “I’m on the water all the time doing research and teaching with the kids and I’ve never seen one.” 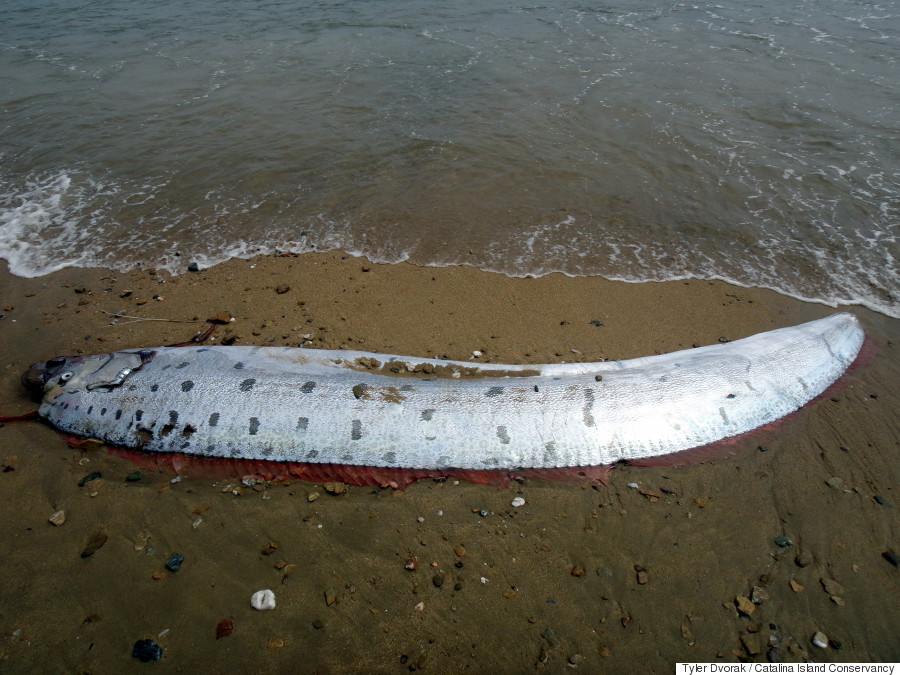 Oarfish were first described in 1772 but are rarely seen by humans, as they live at depths of several hundred feet up to about 3,300 feet. They wash up on beaches when they're injured or dead.

They are the largest known living species of bony fish and can grow up to 56 feet long and weigh up to 600 pounds, according to National Geographic. Their striking appearance may have helped inspire myths of sea serpents in centuries past, but the creatures eat plankton and are harmless to humans.

An oarfish was last spotted near Catalina in 2013, when an 18-foot specimen was found dead near the island.

One washed up in New Zealand in April, but its carcass was quickly washed away or removed by humans. 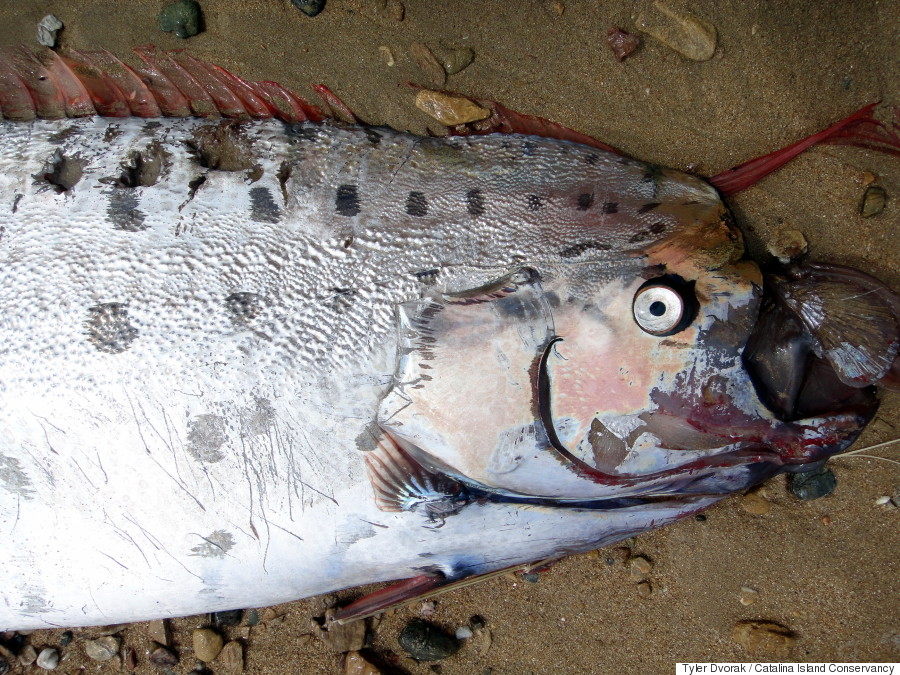 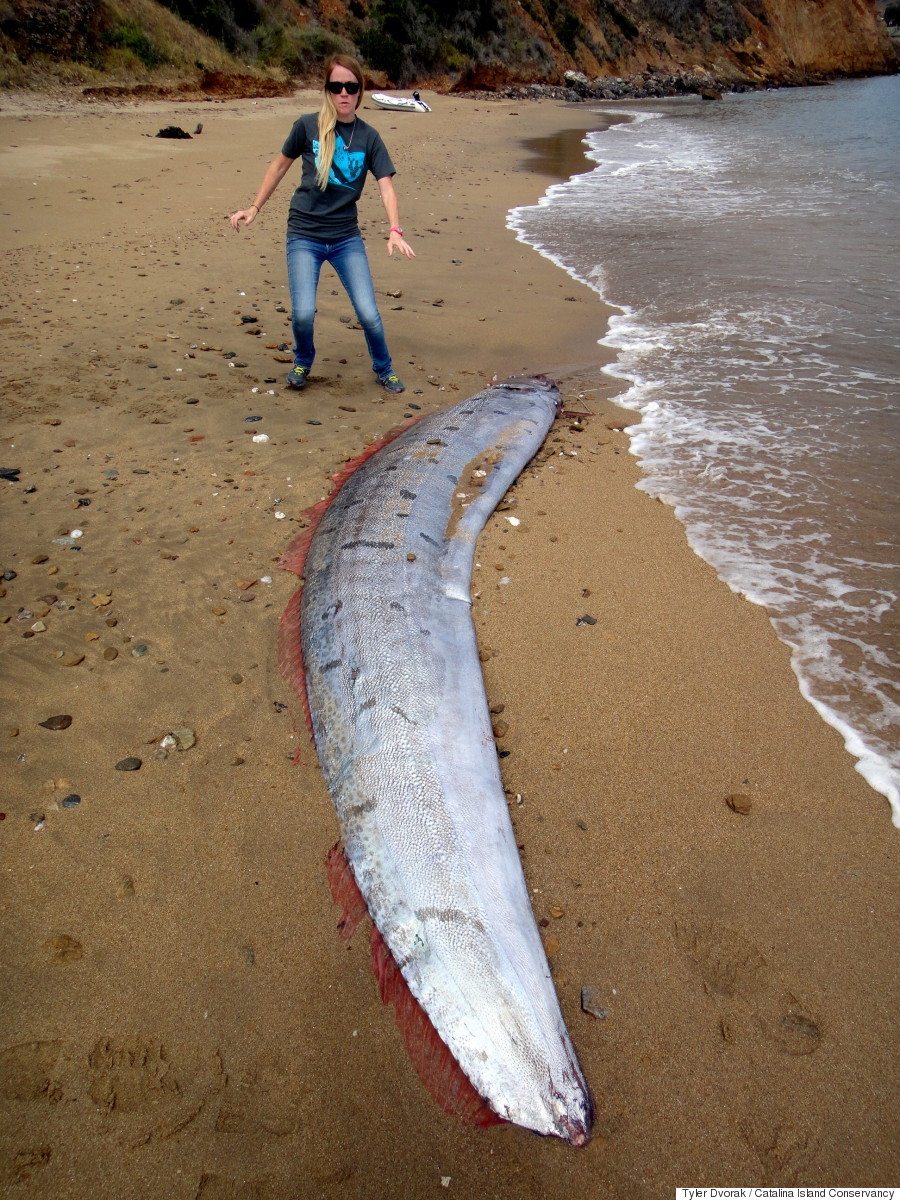