"Evidence is the bones of an opinion."

The quote is from a novel by Mark Twain that explores the life of Joan of Arc through a fictionalized version of Joan of Arc's page, Louis de Contes.

Twain's reflection on the interdependence of evidence and informed opinion is a cautionary example of the challenge writers have when sorting out the morass facing Haiti in the current elections. Some opinion astoundingly favors current President Michel Martelly and his vile antics both on the musical and international stages. Martelly's narcissistic and pornographic performances are too blue to write about, but the New Yorker presents the evidence of a disturbed personality, for those who can handle the unpleasant descriptions.

At issue today is the decision by the Organization of American States (OAS) to send a special mission to Haiti to ostensibly "help" Haiti resolve the electoral and political crisis gripping the nation. Elections have been postponed over allegations of voter fraud, and the opposition candidate Jude Celestin has refused to participate, leaving only President Martelly's hand-picked successor, "Banana Man" Jovenel Moïse, in the non-existent "run-off." The definition of run-off assumes there is a contest involving more than one individual. Martelly is constitutionally mandated has to leave office by February 7.

The Associated Press (AP) quoted the OAS chairman, Antigua Ambassador Ronald Sanders, saying there would be "utter bloodshed" in Haiti," without the intervention of the OAS.

Luis Almagro, Secretary General of the OAS, wrote a letter to Sanders at the behest of Martelly.

I have the honor to write to you to request convening an extraordinary session of the Permanent Council to present an updated "Status Report of the OAS Electoral Observation Mission to Haiti" no later than Wednesday, January 27. This request is made in accordance with Article 24, paragraph 3 of the Inter-American Democratic Charter, which states, "Electoral Observation missions shall present a report on their activities in a timely manner to the Permanent Council through the General Secretariat." In addition, I would like to inform you your Excellency that in direct conversations I recently maintained with Haiti's President Michel Martelly, he expressed the urgent need for the extraordinary session to take place under the terms established in Article 17 of the aforementioned document.

Whether the OAS can be helpful is a matter of opinion that bears no evidence of record.

The evidence is overwhelming that the OAS, with the complicity of Secretary of State Hillary Clinton and her chief of staff Cheryl Mills, changed the votes in 2010 to place Michel Martelly into the runoff. The Clinton email dump, the statements by the head of Haiti's Election Commission (CEP), Pierre Louis Opont, and the testimony OAS insider Ricardo Seitenfus are part of the body of evidence that the OAS cannot be Haiti's savior. Martelly is turning to an old ally to further his own political agenda. 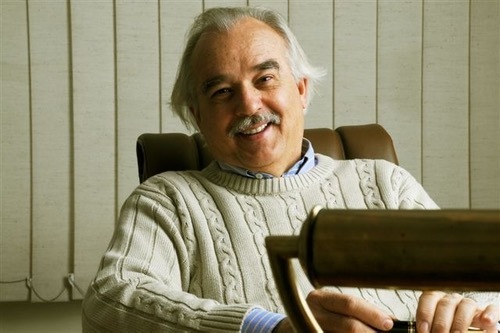 Email CO5779428 has Cheryl Mills crowing to Haiti Ambassador Kenneth Merton and others:

You do great elections. And make us all look good. I am so very grateful for all you have done. Dinner on me in Haiti next trip. [And we can discuss how the counting is going! Just kidding. Kind of (smiley emoticon)] 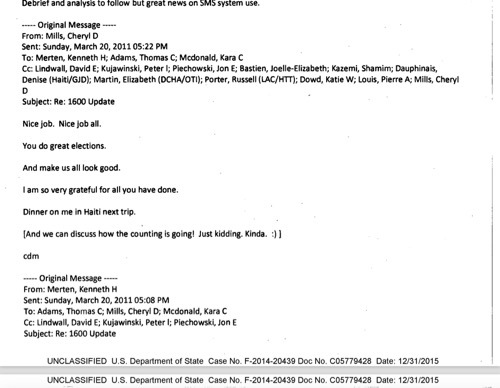 I asked former Ambassador Seitenfus his opinion about the recent OAS intervention. His response was swift and emphatic. His opinion is backed up by the fact that he was present at a 2010 meeting of the OAS core group when vote fixing and a possible coup against then president Rene Preval was openly discussed.

"OAS is part of the problem and can not be associated with seeking a solution. OAS duped in Haiti in 2010 and 2011, Seitenfus wrote."

"It is Haitians to decide the future of Haiti," says Celso Amorim, the head of the Election Observation Mission (MOE) of the OAS. Amorim discussed a possible OAS intervention during an interview broadcast on Radio France International (RFI) earlier this week.

Amorim was firm in his convistion that the U.S. and the European Union should allow Haiti to decide what is best for Haitians.

"I think it's very sad that personal ambition has trumped putting Haiti first!" Barjon explained in an email, decrying politicians who are unable to put aside personal differences.

"The quest for democracy seems very far away from the intent and purpose of the transitional government. Rather, the transitional government, which seems inevitable at this point, seems more like a quest for power and control of the electoral process. And though Martelly's mistakes are compounded in having aggravated the whole process, I'm very disappointed," Barjon wrote. She further stressed that the electoral conflict "Also reflects a disorganized elite also unable to work together."

A letter from citizen of member countries of the Core Group, wrote an evidentiary letter to the OAS. In it, they stated that they felt "very uncomfortable in the position taken by our representatives, we do not understand it, and want to know."

"Have they not heard the alerts issued by numerous personalities from the human rights sector? They are unaware that clashes linked to the electoral process block entire cities?

"In such an explosive context, and after months of jusqu'au-boutisme, actors of diplomacy, often accused of meddling in the country, should, in our view, to stick to a clear neutrality and refrain from any ambiguity. The resolution of the current crisis lies with Haitian actors, the letter said; signed by 53 foreign nationals living in Haiti and witnesses to what is happening on the ground there.

"Jusqu'au-boutisme." Hard line. Dogmatic. Without facts or reference to reality.

The facts about folly within the ranks of the OAS are available and should form the backbone of informed opinion on the election crisis in Haiti.