At the end of his impassioned eulogy for Pinckney, one of the nine people shot and killed at Charleston's Emanuel African Methodist Episcopal Church last week, Obama broke into the hymn.

"If we can find that grace, anything is possible. If we can tap that grace, everything could change. Amazing grace," he said before beginning to sing.

As the crowd joined him in song, Obama named the shooting victims. 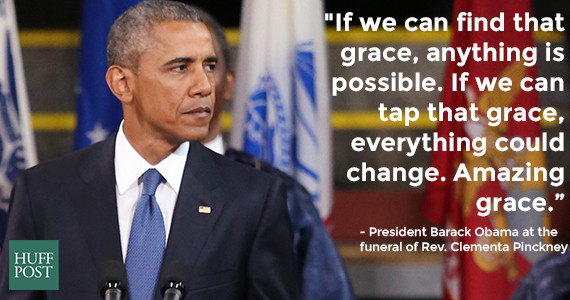