President Barack Obama has some familial ties to this year's women's NCAA Tournament.

His niece, Leslie Robinson, plays for the Princeton women's basketball team, who entered the tournament with an undefeated record of 30-0. Ranked No. 8, Princeton faced off against No. 9 Green Bay on Saturday with the president in attendance. 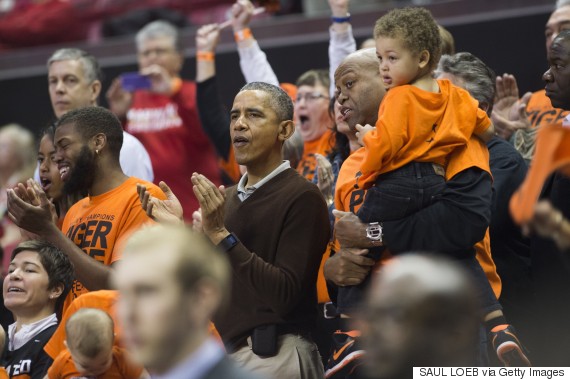 A noted basketball fan, Obama attended the game with members of first lady Michelle Obama's family, including her brother (and Leslie's father) Craig Robinson. Both the first lady and Robinson are Princeton alums. Robinson previously served as head basketball coach at Oregon State before becoming an analyst for ESPN last year.

Education Secretary Arne Duncan also joined the family, according to the pool report. Duncan is a Harvard alum who co-captained the school's basketball team, and has participated in celebrity games during past NBA All-Star Weekends. 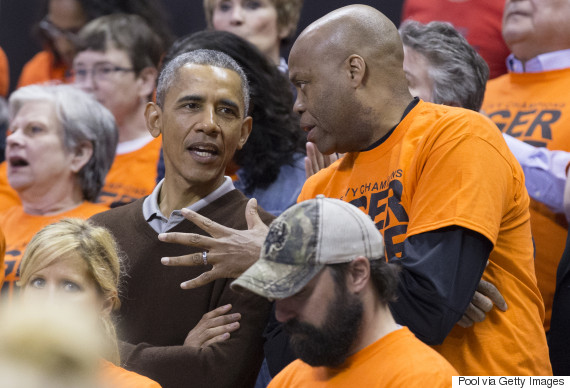 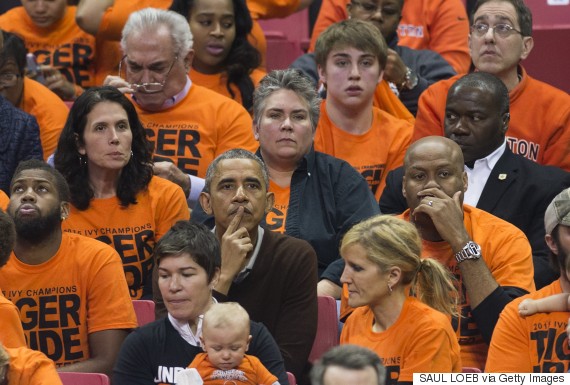 1 / 15
President Barack Obama holds a beer during a visit to Gator's Dockside restaurant in Orlando, Florida, on September 8, 2012 during the first day of a 2-day bus tour across Florida. AFP PHOTOS/SAUL LOEB
SAUL LOEB/AFP/GettyImages