Christie won a stuffed animal for Obama while playing the game "TouchDown Fever," which involves throwing a football through a tire. After, Obama showed off the prize -- a stuffed bear with a Chicago hoodie on.

See the photos of Obama showing off the prize below: 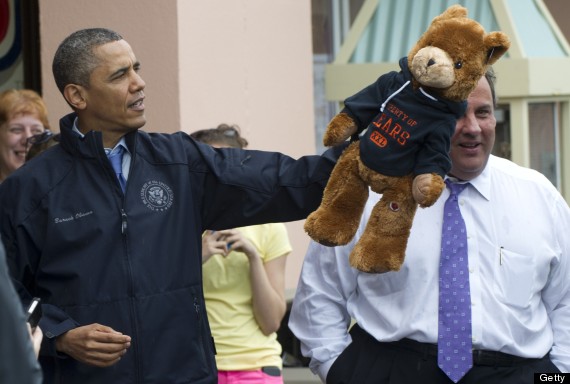 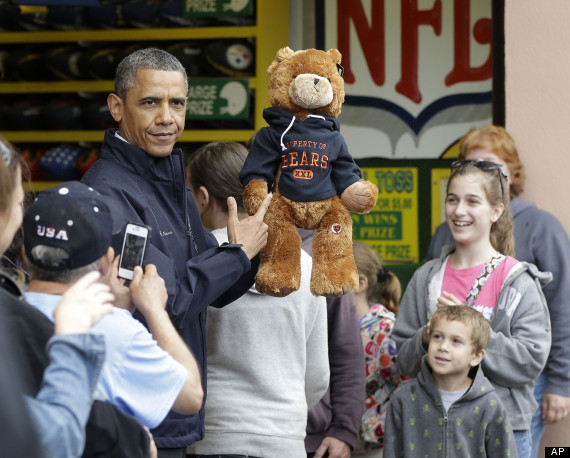 President Barack Obama holds up a stuffed bear that New Jersey Gov. Chris Christie, not shown, had won tossing a football after playing the 'Touchdown Fever' game on the boardwalk during their visit to Point Pleasant, NJ., Tuesday, May 28, 2013. Obama traveled to New Jersey to join Christie to inspect and tour the Jersey Shore's recovery efforts from Hurricane Sandy. (AP Photo/Pablo Martinez Monsivais)