When Breitbart.com posted a story this week presenting a pamphet Barack Obama's then-literary agency, Acton & Dystel, published in 1991, it raised a firestorm of controversy due to Obama's biography listing his birthplace as Kenya as opposed to Hawaii. And while the Breitbart editors clearly state they do not believe Obama was born in Kenya, refuting 'birtherism,' the clear insinuation is that Obama had a hand in crafting this incorrect biography in order to make his origins sound more worldly, exotic, and therein perhaps more attractive to publishers.

The following point are not meant to take a side on the left-right debate, but simply to present a fuller picture of the pamphlet in question and the accusations made. I firmly believe, asMiriam Goderich, the then-assistant who wrote Obama's bio for the 1991 pamphlet, stated, that the error was clerical on her part and not a part of some grand scheme orhcestrated to massage Obama's past. Here are the reasons I believe this was, in fact, an honest error, stated without editorializing:

1) The Acton & Dystel pamphlet was meant for distribution within the publishing industry alone. It was printed to promote the agency as much, if not more, than its authors. This would be seen by industry insiders alone, not the general public.

2) In 1991, the then 30 (or 29, depending on when the pamphlet was printed) year-old Obama was a very minor author on the Acton & Dystel client list. He had no national prominence, and had not yet published any books. The incentive for a literary agency to knowingly fabricate the biography of one of its lesser authors, compared to the backlash it would receive if proved false, was minimal at best. If a publisher purchased a biography by an author, only then to find out something as large as his birthplace had been fabricated, they would likely question everything else the author had to say, possibly cancel the contract, and limit future business with that author's agency. Again, not much upside for the agency to knowingly lie about Obama's birthplace.

3) In 1991 the internet was a fledging thing. As Breitbart states, the current Dystel & Goderich website asks authors to submit their own biographies. To respond to that:

a) Dystel & Goderich is a separate agency from Acton & Dystel.

b) In 2012, or more recently, it is easy for authors to submit their biographies online and to fine-tune any promotional material. In 1991, it was much less common. For a prominent A&D author recognizable to anyone reading, such as Joe Montana, extra pains would be taken to ensure all material was as accurate as possible, and biographical details would be much easier to find and confirm. It is more likely for an aspiring author like Obama that the agents would simply write the authors' bios. Remember that the 1991 pamphlet had 90 authors in it. In 2012 it would be easy to send a mass email to your client list asking for an updated biography, or to fact check promotional material. In 1991 it would likely mean making several dozen phone calls. Bad business to not confirm every author's bio? Undoubtedly. But malicious and obfuscating? Doubtful.

4) When Dreams From My Father was published in 1995, the original dust jacket states "his father's departure from Hawaii when Barack was only two", a clear insinuation that Obama was born in Hawaii. Nowhere in any material, either in the book or jacket copy, does it state that Obama was born in Kenya. The reason this is important is because if, as Breitbart posits, Obama wanted to appear more worldly, it would be of far greater significance to write that on a dust jacket, which would be seen by the general populace and the media, rather than simply on a pamphlet going to a few hundred publishing industry insiders. 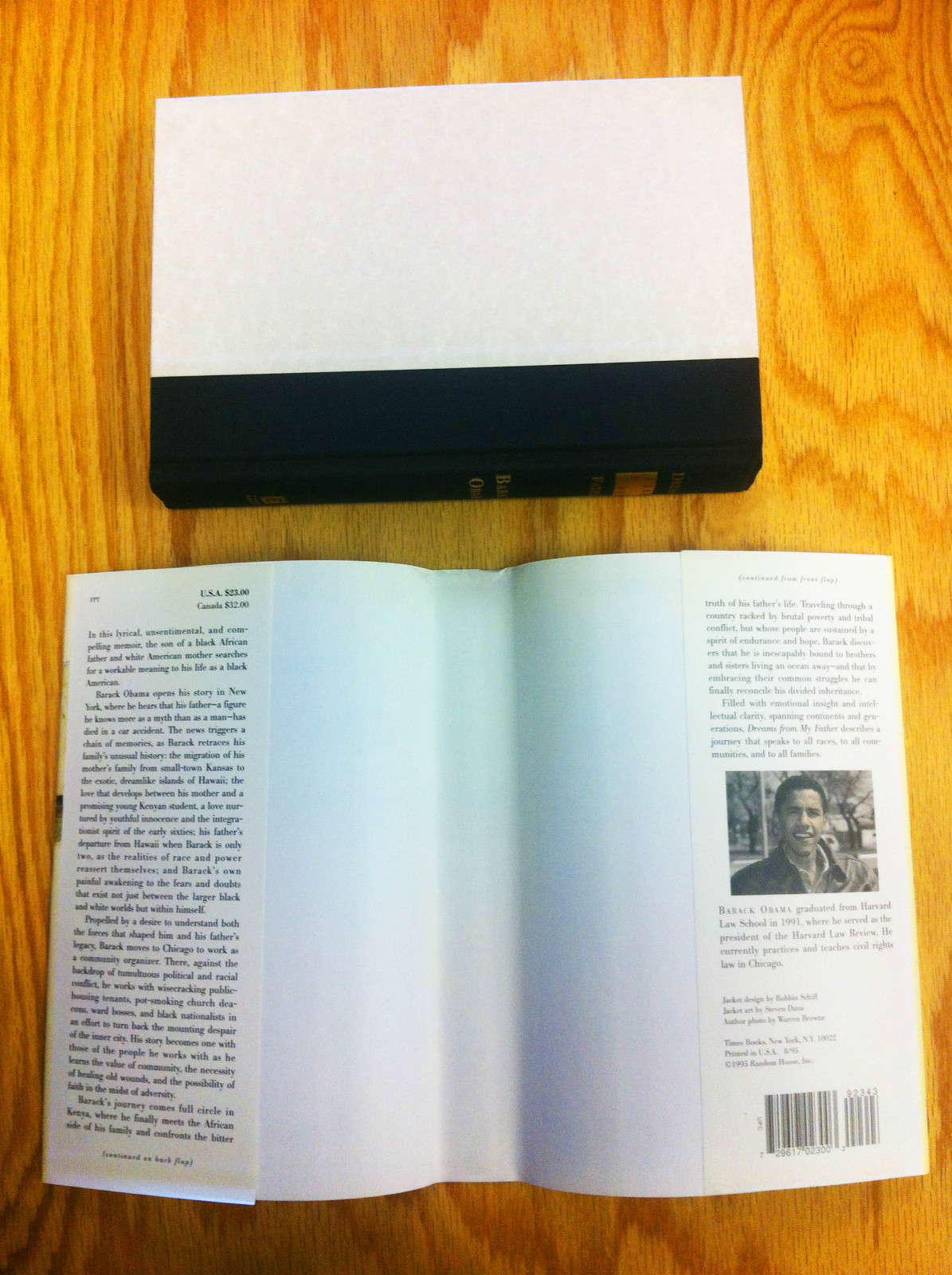 5) Dreams From My Father sold modestly, perhaps even poorly, upon first publication, to the extent that it went out of print. Because Obama never wrote, or attempted to sell another book, it would stand to reason the agency (which represented dozens of authors currently writing) would not consider it a high priority to update the biography of a dormant client.

6) Websites for literary agencies, in the 1990s, were seldom as well as reasonably archaic. It was not as easy to update a website as it is now. Whereas Andrew Breitbart was in many ways a legitimate internet pioneer, very few would bestow that moniker on the publishing industry at large.

7) Sometime after the publication of Dreams From My Father, Obama changed literary agents, switching from Acton & Dystsel (which became Dystel & Goderich) to Washington D.C. lawyer and agent Robert Barnett (who represents many politicians, including Bill Clinton, George W. Bush, and Sarah Palin). It stands to reason that, if Obama left the Dystel umbrella, they would have no need to revise his biography, as their only title with him was out of print and they would not be representing any future works.

8) Dreams From My Father was republished following Obama's 2004 speech at the Democratic National Convention, widely seen as the first time he achieved national prominence. Dreams From My Father then became a massive No. 1 bestseller, nearly a decade after its original publication. Crown, which originally published Dreams in 1995, still retained the rights to the book, which meant it was not necessary to renegotiate a contract with the Dystel agency.

Now, none of this is meant to definitively say what was in Obama's heart and head in 1991. It is possible that he saw the original Dystel & Acton brochure and approved it, and the Breibart theories are correct. However, looking at the issue dispassionately, it makes far, far more sense to me that this was simply a case of manual error that went unnoticed or unfixed for various, legitimate, reasons that are not part of a larger conspiracy. I do not carry water for Obama and certainly believe the President can, fairly, be attacked on his record, but I also do not believe this document shows what the Breitbart post insinuates it shows.

I am positive that this article will not change the mind of those who wholeheartedly believe that President Obama was born in Kenya. Yet hopefully it will cause a few who read the Breitbart piece to examine the issue a little more fully closely, in order to come to a more informed conclusion, whatever that may be.

Jason Pinter is the Senior Marketing Manager for Grove/Atlantic and Mysterious Press, as well as the bestselling author of five thrillers (the most recent of which are The Fury and The Darkness), as well as the ebook exclusive FAKING LIFE, which have nearly 1.5 million copies in print in nearly 20 countries. His first novel for young readers, Zeke Bartholomew: Superspy!, was published in November 2011. Visit him at www.jasonpinter.com or follow him on Twitter.