This story comes to us courtesy of California Watch. Story by Chase Davis

The next federal deadline for candidates to submit their campaign finance reports will be upon us at the end of this week, and in this quarterly ritual of political posturing, it seems President Barack Obama is flexing the biggest fundraising muscles by far.

Obama's campaign manager, Jim Messina, announced yesterday that the president raised $86 million during the last three months, combining his own campaign and joint efforts with the Democratic National Committee. Obama's fundraising filing is expected to total 15,000 pages -- about 5 feet tall when stacked together.

By comparison, the entire field of Republican challengers is expected to raise less than $35 million, with former Massachusetts Gov. Mitt Romney expected to maintain his fundraising advantage.

We've spent some time over the last couple of weeks talking about how friendly California has been to Romney and his fellow Republicans. But perhaps nobody has benefited more from Californians' largesse than Obama.

During his 2008 campaign, 97 wealthy Californians served as bundlers for Obama, helping pull together at least $15 million -- and probably much more. California was easily Obama's largest source of bundled cash, just a few million less than New York and his home state of Illinois combined.

Many of Obama's bundlers later were rewarded with plum appointments, stimulus money or other perks, according to published reports.

As he did during the last election, Obama has promised to once again release a list of campaign bundlers along with the campaign's second-quarter fundraising reports.

The willingness of California bundlers to fundraise with their same 2008 zeal should become more clear as those reports are released. Several big donors, such as movie executives Jeffrey Katzenberg and David Geffen, already have held fundraisers for the president within the last year.

A complete list of Obama's California bundlers from 2008 follows. We'll be keeping track to see which ones are back for another round this year.

The data comes from the Center for Responsive Politics, which saved Obama's bundling reports from the 2008 campaign. Disclosing bundlers is not required by law, so the campaign disclosed the bundled contributions only in ranges. 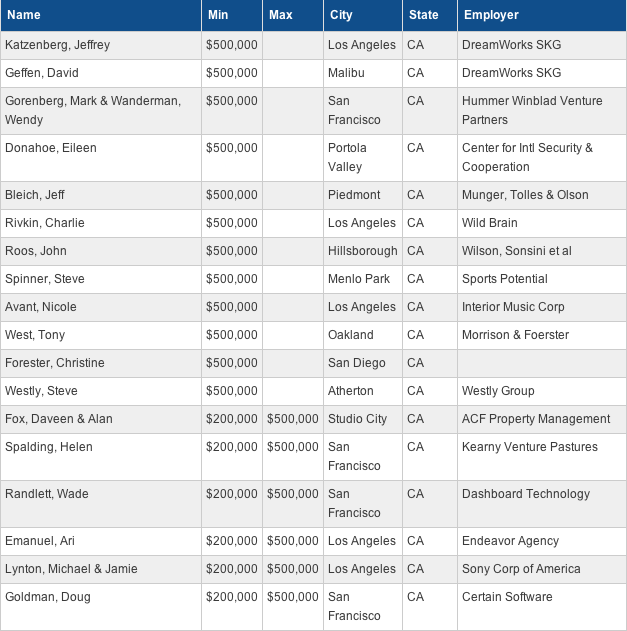 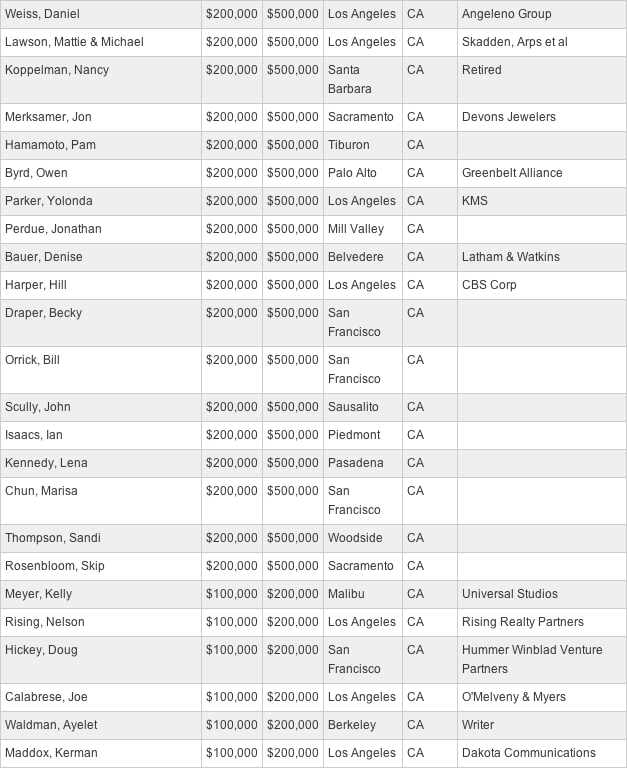 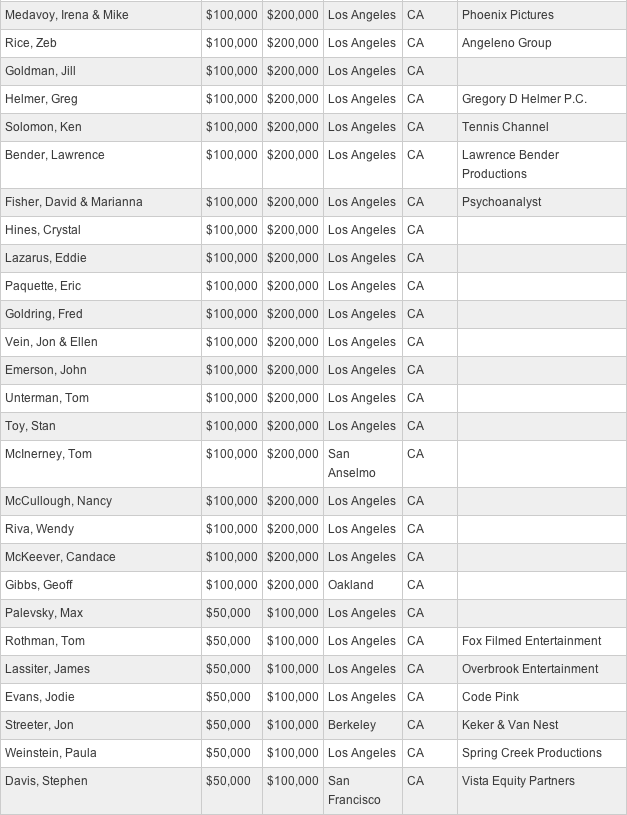