On Facebook, I have seen two campaigns to make Carl Malamud the new head of the Government Printing Office (GPO). Carl is the subject of this affection because he has spent considerable time and ingenuity to open up government records, so they are accessible to everyone. ( See here and here).

I first meet Carl in the early 1990s, when I was organizing a campaign (the Crown Jewels Campaign) to put government information on the Internet. Carl cracked two of the toughest nuts -- the SEC's "EDGAR" database of corporate disclosure filings, and the USPTO database of patent filings. Now he's focusing on legal information. What Carl did with the EDGAR system was create a small free web based system of access to EDGAR, at a time when the SEC and most of Congress wanted to keep it as a subsidized resource for a small handful of politically connected database vendors. He put the entire database on the Internet for free, for a while, showing how cheaply it could be done, and after gaining a large following, he announced he would no longer run the servers himself, but would train the SEC to run the system. (See, for example, here, here.)

The SEC bowed to public pressure, and now we all have free access to those filings. (Which would be more useful if the SEC would do other parts of its job). When Carl threatened to do the same thing for the USPTO, it too finally agreed to provide the public with access to the text of patents. 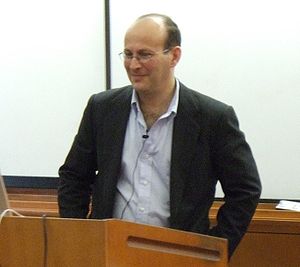 While it is a long shot to make Carl the head of the GPO (the decisions are made by Congress, and the statutory requirements may be an issue*), the campaign for Carl raises a larger issue. Where are the free spirits and open source people in the Obama Administration? So far, they are certainly not getting high profile jobs, unlike, for example, the many copyright lawyers who are known for their devotion to the entertainment business.

The Obama Administration should be reaching out to and recruiting people like Carl Malamud. It should be challenging the well entrenched interests that seek to build walls around and locks on information, and they should have a strategy to promote access to knowledge, and sustainable support for public goods.
------------
* Corrections.

The President of the United States shall nominate and, by and with the advice and consent of the Senate, appoint a suitable person, who must be a practical printer and versed in the art of bookbinding, to take charge of and manage the Government Printing Office. His title shall be Public Printer.


1. The statute includes a requirement that the Public Printer be skilled in printing and bookbinding arts. Carl Malamud has in fact typeset books.

2. While the position is placed in the legislative branch, the head of the GPO is nominated by the president, and confirmed by the senate.