Superstorm Sandy changed the U.S. political zeitgeist on climate change virtually overnight. When BusinessWeek runs a cover blazoned with "It's Global Warming Stupid" and politicians start breaking their "climate silence," you know the jig is up. President Obama acknowledged as much in his acceptance speech, when he said he wanted to "pass on a country that isn't threatened by the destructive power of a warming planet."

The question is, where we go from here. Are Americans now prepared to accelerate action to slow climate change? Or will a new fortress mentality take hold? And I mean that quite literally. One commentator recently suggested surrounding lower Manhattan with retractable walls, begging the question of where all that displaced water would go.

As the dust settles from the election, the president will come under increasing pressure to make good on his promise, through both domestic action as well as taking a more cooperative stance at the UN climate negotiations. Much will be written about this in the weeks to come.

In the meantime, he might take some inspiration from some of the many transformative solutions being put into practice elsewhere. The good news is that there are many such examples, so many that the United Nations climate agency launched an initiative to celebrate some of the most exciting, inspiring stories they could find. "Momentum for Change" is a platform for encouraging and celebrating innovative action -- designated as "lighthouse" activities -- either to reduce climate change, or to reduce its impacts.

In 2012, the initiative focused on the urban poor. To qualify as lighthouse activities, projects needed to not only address climate change, but also to improve the lives - both socially and environmentally - of the poorest and most vulnerable people in the community. They also had to demonstrate their catalytic potential for long-term transformational change, which meant that they had to be capable of being repeated elsewhere, and could be scaled up over time. 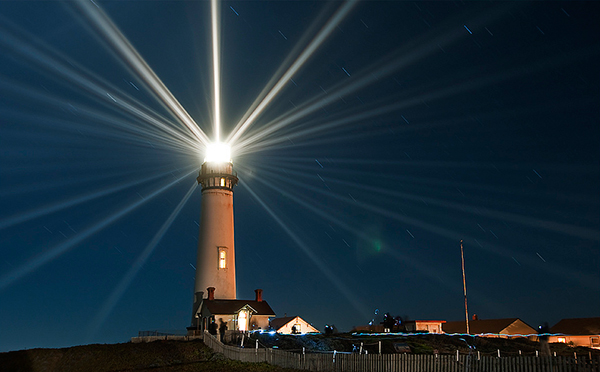 Nine projects were ultimately selected and will be showcased at special events at the upcoming UN Climate Change Conference in Doha (26 November to 7 December). On one end of the spectrum, there were small, home grown activities such as one helping vulnerable communities adapt to the twin crises of coastal erosion and sea level rise in Senegal. On the other end were massive projects such as bus rapid transit systems in Ahmedabad, India and Guangzhou, China.

I had the pleasure of chairing the advisory panel which selected these projects. One of my personal favorites was the Solar Sister project in Uganda, which has now spread to Rwanda and South Sudan. Women are provided with a kit to sell solar lamps and cell phone chargers door-to-door, in much the same way as Avon ladies and Fuller Brush men sold products to my mother when I was a kid:

Solar Sister provides the women with a 'business in a bag', a start-up kit of inventory, training and marketing support. The women become their own bosses, creating sustainable businesses. The women use their natural networks of family, friends and neighbors to provide the most effective distribution channel to rural and hard-to-reach customers. Solar lamps replace the toxic kerosene lanterns and solar cell phone chargers provide connectivity in even the most energy poor communities. Access to clean energy technology enhances education, improves health and safety and provides economic opportunity. Through economic opportunity and the transforming benefits of solar technology, women are able to lift themselves, their families and their communities out of poverty.

In selecting these nine projects, our aim was to demonstrate that the world is changing at all levels of society, and to reward, in our own small way, those with the vision and perseverance to make those changes happen.

While such initiatives are no substitute for the decisive action which the world now expects from President. Obama, they do serve as a reminder that the U.S. is not acting alone, that addressing climate change is in everyone's interests, both rich and poor, and that once initiated change can happen fast.

After a blistering summer, record Arctic sea ice melt and now Hurricane Sandy, let's hope that the president is prepared to turbo-charge the growing momentum for action.