In a Sunday interview with USA Today, President Barack Obama vowed he wasn't offended by Clint Eastwood's antics at the 2012 Republican National Convention.

"One thing about being president or running for president -- if you're easily offended, you should probably choose another profession," Obama told the newspaper, adding that he is a "huge fan" of the film legend.

The president's comment comes just days after Eastwood's bewildering performance at the RNC, where he berated an empty chair that was meant to represent Obama.

"So Mr. President, how do you handle promises you've made?" Eastwood began, addressing the invisible POTUS.

The film legend then proceeded to criticize the president for his administration's proposal to try Khalid Sheik Mohammed in New York (a plan from which he later backed down) and the plan to end the war in Afghanistan (for which GOP presidential candidate Mitt Romney has endorsed the same withdrawal timeline).

Eastwood, who praised Romney in his RNC speech as a "stellar businessman," has been criticized for what has been considered to be a thoroughly awkward event.

"That was the weirdest thing I've ever seen at a political convention in my entire life, and it will be the weirdest thing I've ever seen if I live to be 100," said MSNBC host Rachel Maddow. "I don't mean to make light of other things, but I think the Clint Eastwood thing really, seriously blew [the Romney campaign's] final night, and they're making light of already, but I cannot believe that it happened."

Many took to social media platforms like Twitter to show off their own version of "Eastwooding" -- which simply involves "pointing to an empty chair with a disgruntled expression".

Even President Obama took the opportunity to poke fun at Eastwood, tweeting this photo of himself on Friday:

So, are we going to see Oprah Winfrey, George Clooney or another celebrity Obama supporter on stage pointing fingers at a Romneychair at the Democratic National Convention after it opens on Tuesday?

"I think we'll be playing this pretty straight," he told USA Today.

Though Eastwood's speech was already pretty horrifying in its strangeness, here are 10 ways it could've gone worse:

PHOTO GALLERY
Eastwood&#039;s Speech Could Have Been Worse If...
Download
Calling all HuffPost superfans!
Sign up for membership to become a founding member and help shape HuffPost's next chapter
Join HuffPost

Obama: Clint Eastwood RNC Speech Did Not Offend Me
Eastwood&#039;s Speech Could Have Been Worse If... 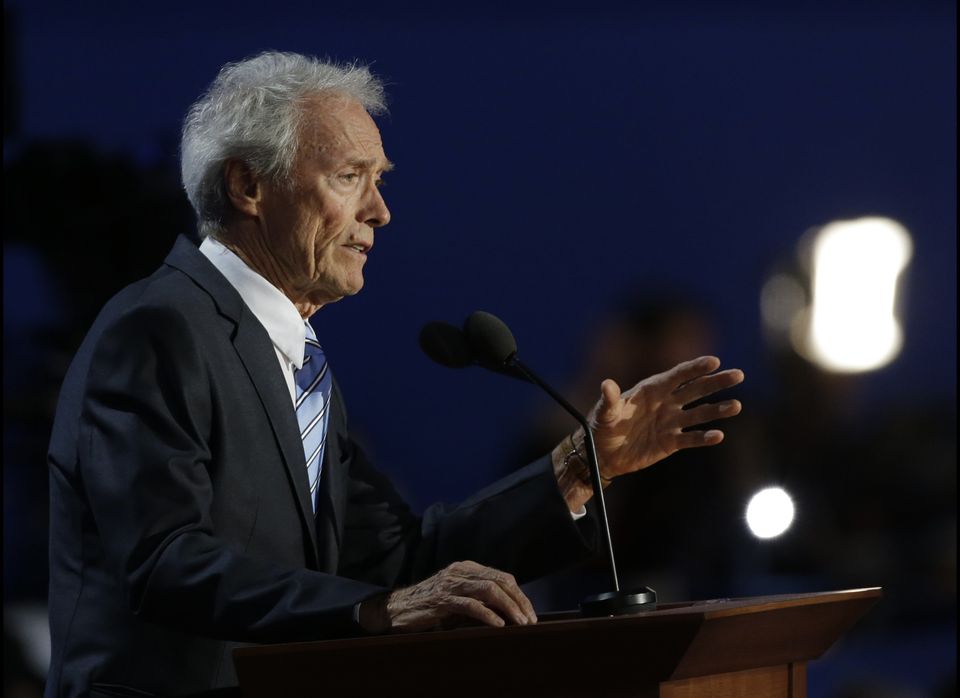 1 / 10
He Pulled A Kanye
Eastwood could have instead unleashed his surprise in the middle of Mitt Romney's acceptance speech: "Yo Mitt, I'm really happy for you, Imma let you finish, but Ronald Reagan had one of the best RNC acceptance speeches of all time. One of the best speeches of all time!" [<em>Shrugs, walks off stage</em>] (See: <a href="http://knowyourmeme.com/memes/events/kanye-interrupts-imma-let-you-finish" target="_hplink">Kanye West at 2009 Video Music Awards</a>)
AP