President Barack Obama ruthlessly joked about CNN during his speech at the 2015 White House Correspondents' dinner on Saturday in Washington, D.C.

"Usually the only people impersonating journalists on CNN are journalists at CNN," Obama said.

On a more serious note, Obama spoke about Jason Rezaian, The Washington Post Tehran bureau chief who's been imprisoned in Iran since July 2014. Obama said "we will not rest" until Rezaian is released from prison and returned to the U.S.

Obama also mentioned James Foley and Steven Sotloff, two journalists who were executed by the Islamic State this year.

Rezaian's brother Ali attended Saturday's dinner as a guest of The Washington Post.

See more from the WHCD below: 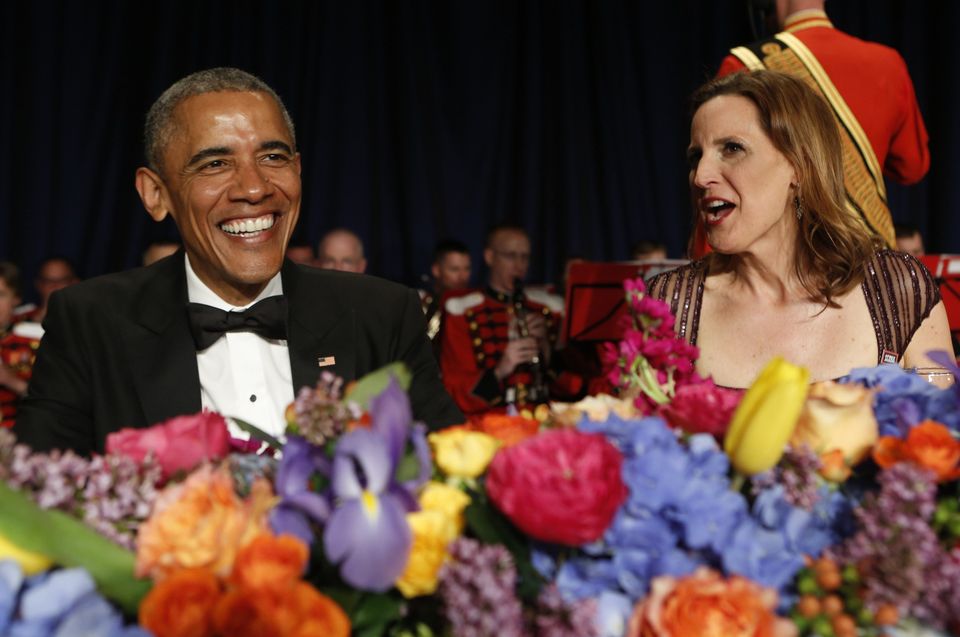