Members of MoveOn donated over $320,000 to Obama in an overnight web campaign, according to estimates provided to The Nation. "The Obam-a-mentum fundraiser has been our biggest fundraiser yet this year," said Executive Director Eli Pariser. "There's been an overwhelming response from our members directly, and from past experience we're guessing up to the same number of our members have given through the Obama site as well," he added. MoveOn endorsed Obama after a virtual primary last week, spurring many of its 3.2 million members to campaign and donate on his behalf.

The MoveOn money augments a larger fundraising drive by the Obama Campaign, which raised $7.6 million this week. First, three million dollars poured in after the polls closed on Super Tuesday. Then on Wednesday, Obama's campaign manager emailed supporters with a challenge to donate as a rejoinder to the "startling news" that Hillary Clinton was plowing $5 million of her personal fortune into the presidential campaign. In response, a barrage of overnight donations topped $3 million.

Clinton also benefited from the web war, drawing over $4 million from 35,000 donors by Thursday morning. "From over a million volunteer hours to millions of dollars in contributions from thousands of online donors across the country, Sen. Clinton's grassroots support is a key part of her campaign's success," said Clinton Internet guru Peter Daou in an official statement.

Obama strategist David Axelrod stresses that only three percent of Obama's 650,000 contributors have hit the legal maximum for donations -- a highly unusual and advantageous breakdown for presidential donors. Most are uploading relatively small contributions. Obama is priming a new corps of grassroots activists who not only feel personally invested in his success, but can also give again upon request. His donors also donated a record-breaking $32 million in January, with over 85% of the money coming through BarackObama.com.

The candidates' new financial footing presents another role reversal in an unusually fluid and energized primary. The Clintons began with a seemingly insurmountable fundraising edge, drawing on a lucrative network of contacts cultivated over two decades spent at the pinnacle of the Democratic establishment. Clinton's finance team was so confident last year, it spent precious time raising over $17 million for the general election. (Federal law bars Clinton from spending that money now.) Some of the most experienced strategists in the party were entrusted to manage her primary war chest, including Harold Ickes, a sharp, former White House official who serves as Hilary's discreet "CFO." Yet the campaign burned through over $100 million in 13 months, apparently without a backup plan. Senior aides are now foregoing salaries while the campaign runs on a pay-as-you-go model.

Meanwhile, Obama did the unthinkable, trouncing Clinton's money edge by energizing an unusually large base of core supporters. To put his records in perspective, consider Tuesday's primary electorate. The candidates split about 14.6 million voters in 22 states. Obama's donors equal a striking 9 percent of his Super Tuesday turnout. Add the non-donor supporters that Obama has engaged, from office volunteers and decentralized phone bankers to the unprecedented 1.13 million people publicly declaring their endorsements on social networking sites, and over one out of ten Obama voters are essentially activists. That is a historic development for a presidential campaign. It means that a large share of Obama's base will not merely vote for him once, but repeatedly devote time, money, social capital and personal credibility to back his candidacy.

No one knows how much of this network can be scaled in a general election. But in primary politics, there is a term for the person who manages to draw the most voters, donors, money and committed activists: The most electable candidate.

Ari Melber writes for The Nation, where this column first appeared.

In the duel for online donations, Obama challenged his supporters to outraise Clinton's $5 million loan, while Clinton tapped 35,000 donors recruited from web chats and town halls. 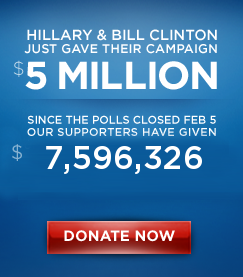 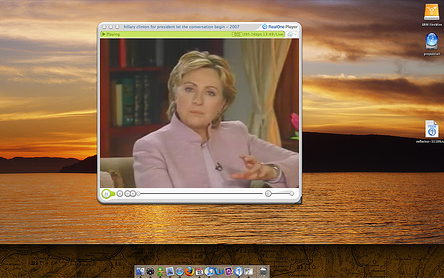