President Barack Obama's campaign has made a big move on Facebook: They've switched their page over to the new Timeline format.

The first post in the Timeline is August 4, 1961 -- the date Obama was born. It features a picture of a coffee mug the Obama campaign sells with his birth certificate emblazoned on it. The caption reads "Made in the USA." 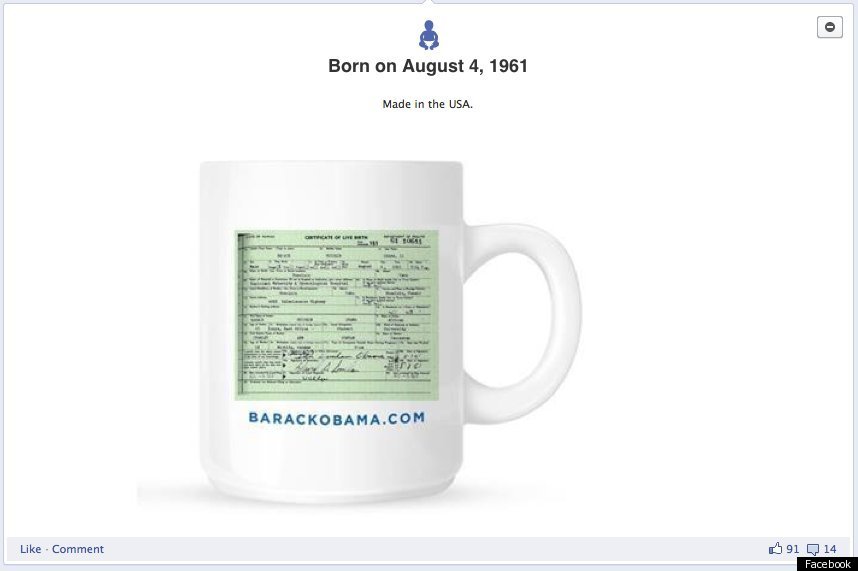 Other events on the president's timeline include jobs, graduations, his marriage to Michelle, births and elections. The president and first lady's last student loan repayment in 2004 is also featured.

Timeline was announced in September 2011, and has been available for personal profiles. According to Facebook, the new design will become mandatory for individual users in the coming weeks. All business, brand and organization pages will switch to the new format on March 30, 2012.